Testing of a Mamba 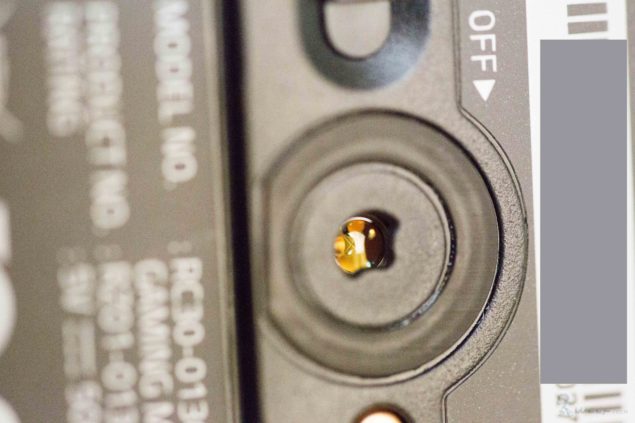 The Razer Mamba has a 16,000 DPI custom laser sensor that's capable of tracking at a speed of up to 210 inches/second. The sensor itself is a new Philips Twin Eye PLN-2034 sensor. Philips Twin Eye uses Doppler shift to measure movement, and has two lasers that measure the x and the y axis independently. These sensors are prized for their high-speed accuracy, high actual DPI and increased adjustability of DPU and the small size that such a sensor and PCB can be packed into. There are drawbacks, though, to the design. There's a z-tracking issue that happens mostly on soft surfaces, where vertical movement can sometimes be translated into horizontal movement. Low-speed accuracy is less than with other comparable sensors and they are very picky about what kind of mousing surface you use.

But overall, the PLN-2034 has mostly fixed the z-tracking issue and is very accurate at even low-speeds. The graph below shows a low-speed circular motion being tracked. The plotted dots should be relatively smooth and linear, to indicate smooth and accurate tracking.

To test we'll use MouseTester to log the mouses ability track acceleration and the counts-per-inch. The more smooth the plot is, the more accurate it is. But keep in mind that no mouse is absolutely perfect, and some anomalies will exist for any mouse. 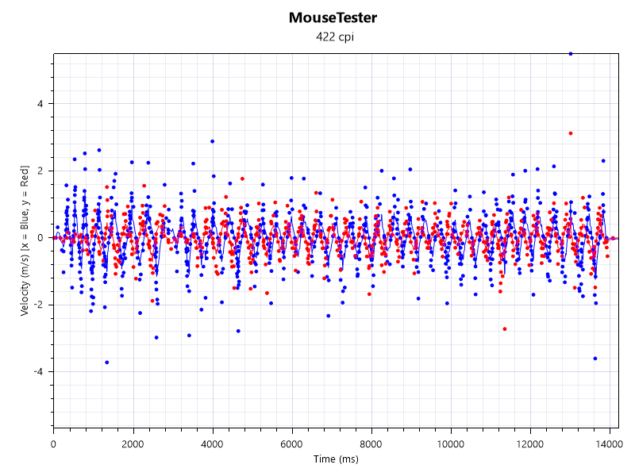 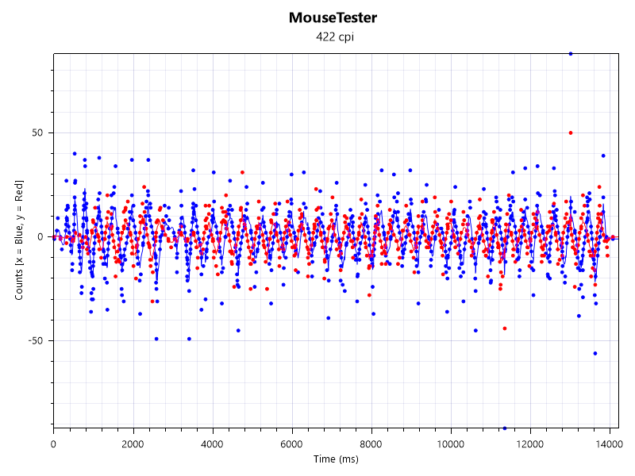 The change in amplitude of the wave was because of the small change in speed when I was tracking. The outliers are what we look at for being inaccurate. No mouse or sensor is perfect, and neither is this one. But it's a mostly smooth and linear experience.

But let's take a look at high-speed tracking, where I make faster circles. 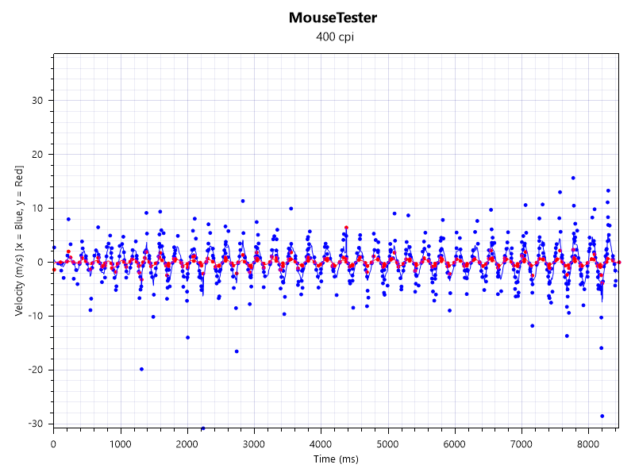 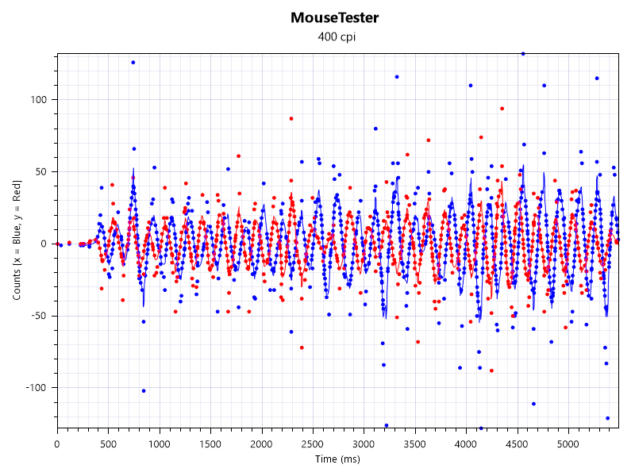 Not such a bad result at all. As we speed up the PLN-2034 in the Mamba is able to track very linearly and smoothly. The anomaly with the amplitude is with my method of making circles, and isn't because of the actual tracking of the mouse. Some circles weren't as even along both axis' due to my own difficulty in going that fast. It's definitely not something you'd do in a normal situation, or really in an extreme situation.

What about the update polling? Does it actually operate at the 1000MHz rate that is advertised with nearly 1ms between updates? MouseTester also can measure that as well, so let's take a look. 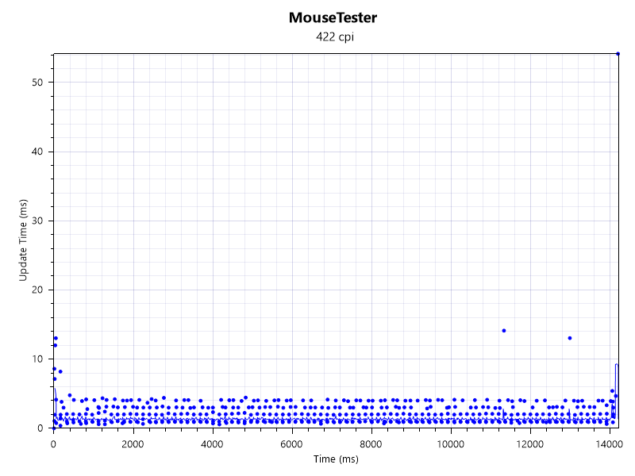 Well, it mostly does. Keep in mind that the more data that's passing through, the less likely that it'll actually update within 1ms. Sometimes the data-stream is a bit congested. But, what isn't so obvious is the blue line that indicates the mean update time, which is just above 0. So yes, it does update at near 1ms all the time, regardless of how much traffic is being sent.

It's accurate in testing and it's accurate in game. I have no issues to report regarding the tracking accuracy or any anomalies of any kind. The z-tracking issues that were a huge negative for the earlier Mamba models is now gone, and because of the very low lift-off-distance, I don't think it'll be an issue in any example or for anyone.

In-game resulted in no significant changes over any other good mouse that I've used. It's accurate and smooth. There doesn't appear to be any automatic assist inherent in the sensor either, so motion is nearly true 1:1. I didn't find my FPS games magically better, but the size and comfort of the Mamba helped to make it easy to adjust to a new shape and new mouse. There was one thing that made a significant different, though. The lighter button presses helped me have faster reactions than I normally would. There's a real difference there, small as it might be for some, it's still real. Nothing will ever magically make you better, but the small changes and adjustments can add up to a lot in the end. And, really, it's a combination of luck and skill that make you good. Your equipment will help but it won't make you pro.