The mouse is perhaps the most intimate part of your gaming experience. It's the one device that breaks the real/virtual barrier to actually let you interact with games themselves. It's vital, then, that your mouse works perfectly for you and can do so for as long as you need it to without failing.

Everyone's hands are differently shaped and we inevitably interact with the world differently enough that even mouse shape is very much an individual preference. And one that you ultimately have to experiment with in order to get something truly comfortable. 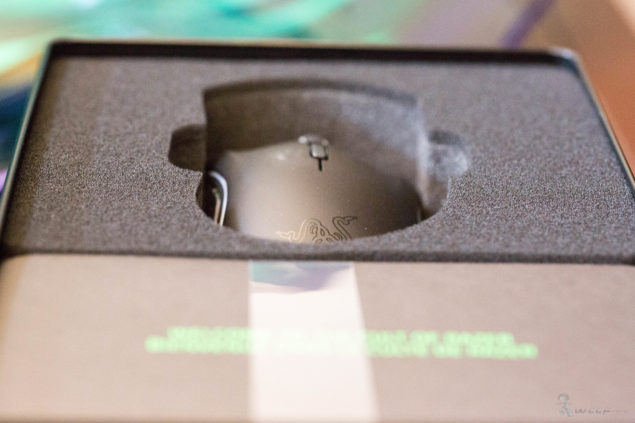 Mice are like a box of chocolates, you never know what you're gonna get. Until you try it.

Razer has been making mice geared specifically towards gamers since 1998, 17 years as of the time of writing. That's not insignificant at all. In that time they've evolved their manufacturing processes and have refined their products gradually to become a very common brand among gamers of all genres and generations. The Deathadder is the mouse most are familiar with, with an ergonomic right handed grip, classic design and a first-rate sensor. Some initial quality concerns aside, it's a very good mouse. And Razer has a lot of human interface device niches covered as well, with the Naga filling the MMO-specific mouse and the Abyssus providing their entry-level optical mouse solution. They're even bringing back the highly regarded Diamondback as well for an ambidextrous mouse that'll tickle your senses.

But what about wireless mice? Sure, even the notion of a mouse not properly tethered to your PC to be able to seamlessly, and unobstructed, send your precious movement data to be translated. The latency is assumed to have a hugely detrimental effect on how you play. It can kill your game. So clearly wireless mice can't be associated to gaming in any real way, that's blasphemy!

And it can have a real effect if there’s interference or the distance is too far. But mostly it's imperceptible. With the G700, I couldn't have the receiver in the back of my PC, lest it actually lag and the connection cut out frequently. It wasn't very fun, plus the Avago laser sensor isn't quite my favorite either. 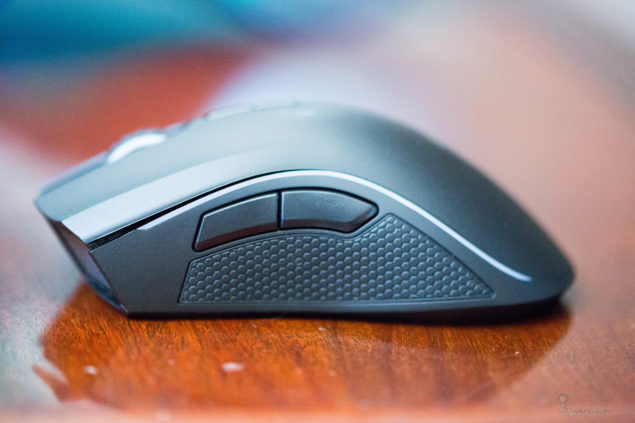 The Razer Mamba is not a new mouse in the stable, having first been released in 2009, but this is an evolution of the previous design, a refinement of an already good platform into something more. Razer listened to feedback from complaints, and praises, to fine tune a good mouse into the specimen we have before us now.

The new Razer Mamba is being marketed as a wireless gaming mouse. The base station was a first of it's kind in 2009, and here it is still the answer to the problems with range, line of site and thus interference, the things that can contribute to bad impressions of using wireless mice in gaming. The great thing is that it also doubles as the charging dock and it looks pretty good too.That novel charging dock and powerful receiver is actually quite tasteful and understated, even with the lights on some garish color. It's definitely not out of place, and actually looks quite good, understated even. And it's this combination that helps to alleviate the issues that plague the typical wireless mouse. For gaming duty at least. I cannot stress just how annoying it has been with my G700 and the ever prevalent lag and unresponsiveness due to latency and interference. I've got so far as to provide my own solution by have a USB extender plugged into the back, moving the receiver closer to the mouse, within line-of-site, to make it usable.

Compared to the original we have very much the same shape though with the buttons along the top left edge gone. These were sometimes accidentally hit during frantic gaming sessions, causing whatever bound action to be accidentally activated. Along the sides have been added the Chroma lighting solution that can be adjusted to nearly any color you can imagine and also programmed with different patterns of lighting as well. Though the press shots might make it seem somewhat gaudy with the rainbow of color, it's actually well integrated and a very nice, and subtle, touch. 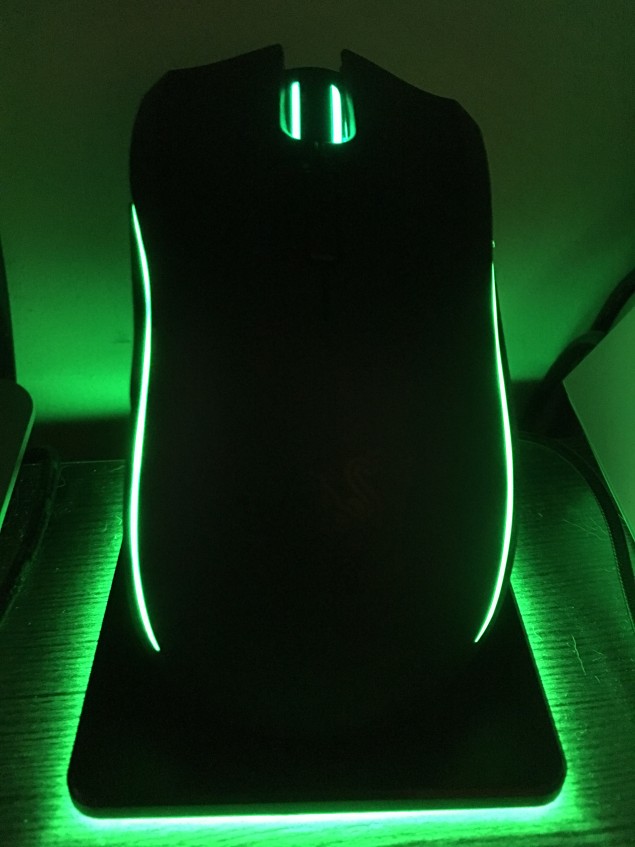 The base station is the same, with an upright charger that the mouse can attach to, though now Chroma lighting that can be adjusted to any number of different patterns has replaced the green LED's on the bottom. The base-station, while it does take up space, is classy and useful in many different ways. The lighting can be as garish or as subdued as you'd like, so as to not detract from your own setup.

In the hand, the Mamba is very comfortable, provided that you're right handed. The subtle arch very well suited to the palm grip and the downward angle with the slight indent of the buttons also make it suitable for the claw grip as well. In fact, whatever grip you happen use, the Mamba is well suited for it. For most sized hands, the fingertip grip will work just fine as well. It's a very comfortable mouse to use. It feels natural and like my hand belongs there. I've always been a fan of this particular shape, though the Deathadder itself is actually too large for me, so it's nice that that shape is being scaled down so well here. 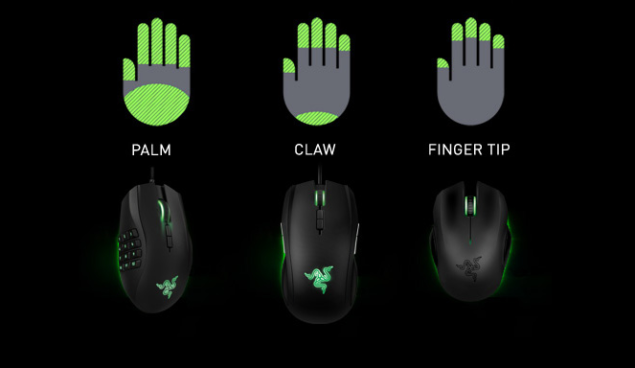 The new Mamba has a very nice heft to it without being overly weighty. The internal battery, which has lasted up to 24 hours with constant mixed gaming and office work, is likely a leading cause of the density, but for the average person this won't be a problem in the slightest, it was never fatiguing at all.