In this review, I’ll be putting the Corsair Virtuoso RGB to the test. How does Corsair’s non ‘SE’ model stack up against wireless offerings from other brands?

The Virtuoso RGB comes in a solid box and Corsair has included the following items:

Corsair’s latest premium headset offers 50mm high-density neodymium drivers in memory foam earpads alongside a soft padded aluminum headband with 10 adjustment steps. Rulers on the left and right sides of the band show the height of both earcups.

The Virtuoso RGB supports three ways of connecting the headset to either PlayStation 4 or PC – through the supplied wireless 2.4Ghz wireless USB dongle, USB wired or via a 3.5mm cable. 7.1 (virtual) surround sound is supported but only on PC through Corsair’s iCUE software. 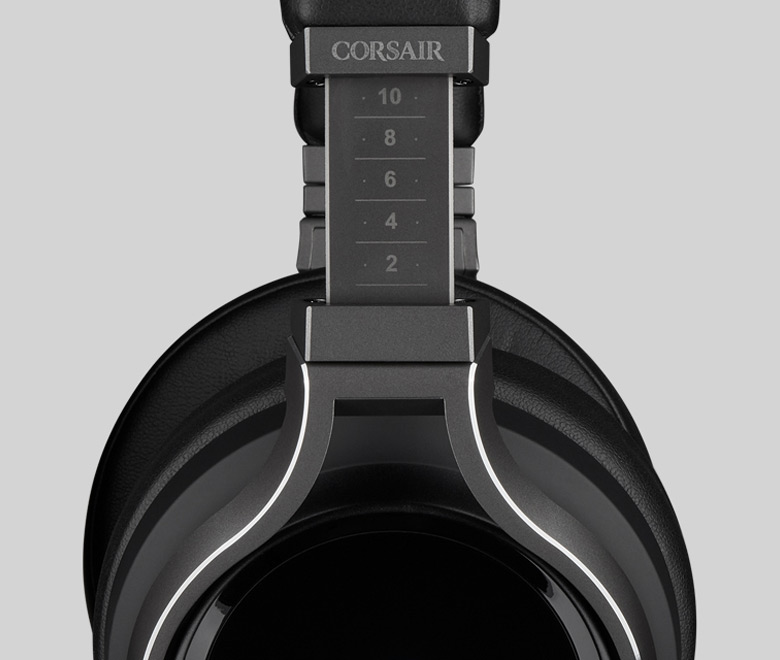 As said earlier, Corsair’s premium offering comes with a high bandwidth, omnidirectional, detachable microphone that features a light that indicates whether the mic has been muted or not. As the headset’s name implies – the Virtuoso packs dynamic RGB lighting on both ear cups, allowing for numerous color options of the Corsair logo.

Last but not least, Corsair boasts a battery life of up to 20 hours on a single charge through a custom, high-capacity lithium-ion battery.

When it comes to design, the Virtuoso RGB is the best-looking gaming headset that I’ve come across so far. In general, gaming headsets often come in a familiar matt black design with some color accents, but this clearly isn’t the case with Corsair’s premium offering. Its looks appear to have been borrowed from the high-end headphone market and everything about the Virtuoso breaths sophistication. Granted, with its gunmetal finish and micro-perforation RGB Lighting, the SE-version of the Virtuoso RGB is even more appealing, but the standard version remains a beautifully designed headpiece that doesn't make you look like an air traffic controller while wearing it. 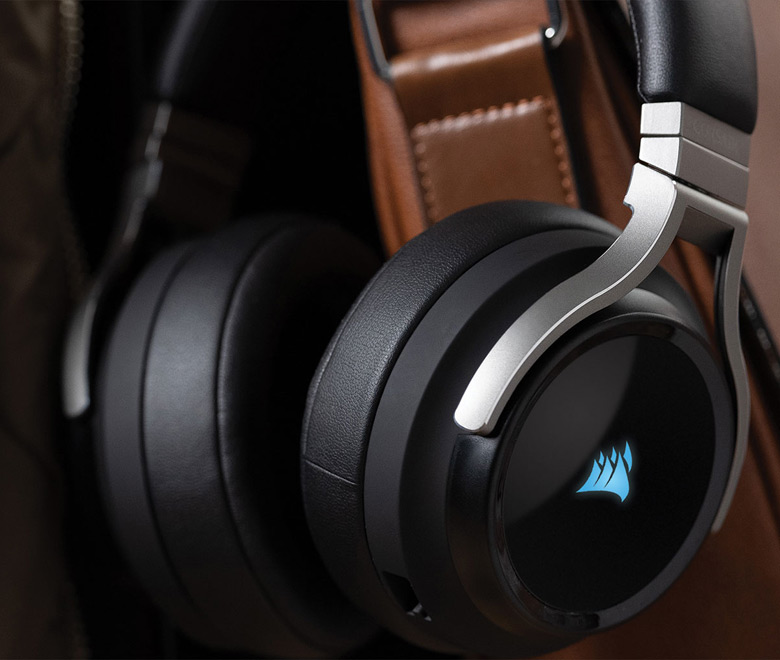 As mentioned above, Corsair boasts that the Virtuoso has enough juice for 20 hours of gaming on a single charge. I've drained the battery down to 0 several times during my testing period and I can confirm that, depending on volume level, indeed lasts for approximately 20 hours - on par or better than most wireless headsets in this price range.

As much as I like the aesthetics of the Virtuoso, I wasn't too pleased with its comfort. It's not that it's totally uncomfortable, but there are alternatives available that offer more comfort. I tend to believe that I don’t have the largest ears, but the ear cups feel rather small compared to offerings from other brands. In addition, the padding material on the underside of the headband feels rather hard while wearing the Virtuoso, and within less than half an hour of use, I felt a strain on the top of my head. I let my partner wear the Virtuoso as well and she also mentioned a certain strain after a short period. In other words - comfort, unfortunately, leaves to be desired.

The Virtuoso has been advertised for use on PC and PlayStation 4, and I can confirm that it doesn't work wirelessly on the Nintendo Switch. It does work wired, however, on both Xbox One and Switch through the supplied 3.5mm audio cable.

Corsair's premium offering delivers decent sound quality with somewhat boosted mids (vocals) and highs (treble), while the lows (bass), as with many gaming headsets, are on the low side. For a headset of nearly $200USD, however,  I would have expected a more immersive sound experience. Sound quality can be improved by enabling surround sound and tweaking the EQ options in the iCUE software, but these options are only available on PC and those using the Virtuoso on the PS4 will be forced to use the default soundscape without surround sound.

Coming from the impressive-sounding HyperX Cloud Flight S, I was somewhat disappointed by the Virtuoso's sound quality. This doesn't mean that this is a bad-sounding headset - not at all. It's just that there are wireless alternatives available that offer a better sound experience in this segment, including HyperX's wireless offering and Razer's Thresher 7.1 PS4/PC headset.

The Virtuoso's microphone, on the other hand, is one the best-sounding microphones I've tested on a gaming headset. Voice quality is clear and warm and I haven't experienced any noticeable audio cracking or noise.

The Corsair Virtuoso RGB Wireless is unmatched when it comes to design and makes you wonder why the majority of gaming headsets come in a rather standard black design with some color accents. When it comes to comfort and sound quality, however, there are more viable options available in the same price range. On the other hand, Corsair's offering packs an outstanding microphone, which is among the best I've recently tested among wireless gaming headsets.

The Corsair Virtuoso RBG Wireless is simply the best-looking headset I've come across in a long time. Unfortunately, it's the inside that counts and there are more comfortable and better-sounding headsets available in this price range.

Acer Galea 350 Gaming Headset Review – So Much Right, So Much Wrong