When Turing launched there were a lot of unknowns regarding future support. Two years later, we have a much better view of the market. With the upcoming gaming landscape, we can see the benefits of what Turing brought to the market finally coming to fruition. But, now those unknowns are a thing and they're growing. The Ampere powered NVIDIA GeForce RTX 3080 simply brings it in a big way and completely obliterates everything on the market when it comes to performance. The Titan RTX fell prey to what NVIDIA is calling their new flagship card with the Titan only besting it in Gears Tactics.

The design of the new Founders Edition cooler is quite interesting no matter how you look at it, heatsink everywhere and really quiet operation while keeping the 320w monster card cool as a cucumber. There was a lot of concern coming into this one from the community regarding the thermal performance and it's clear that NVIDIA was NOT going to succumb to the Hot & Loud claim that has befallen others when even trying to come close to the level of performance that this card is capable of. 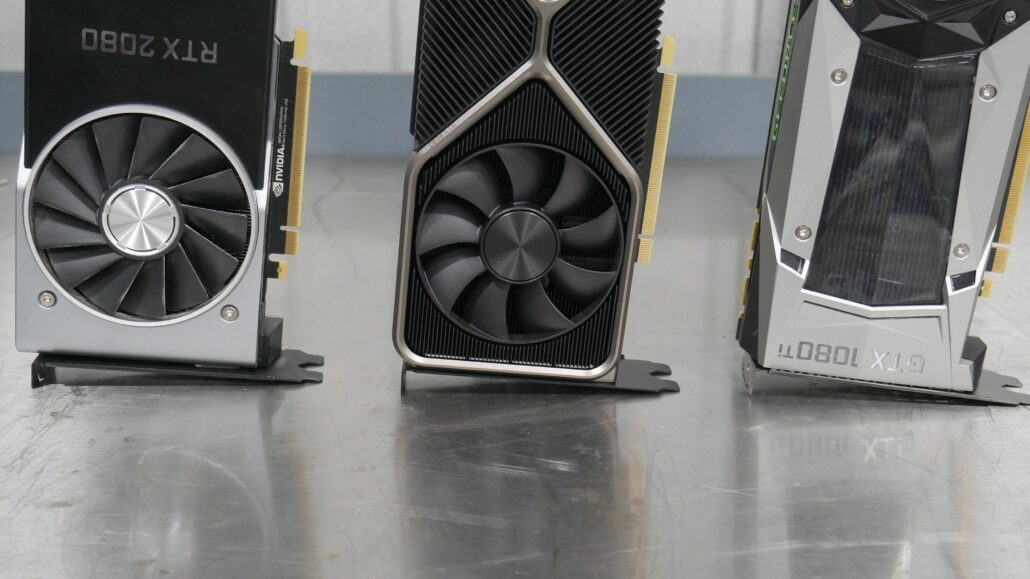 Speaking of performance, it's there. There was a time I had reserved that this level of generational performance was gone forever. But, here we are. At the RTX 3080's worst uplift over the RTX 2080, we get an average generational performance boost, but on average we're seeing what would typically be a generational PLUS one tier up performance. The GeForce RTX 3080 simply leaves the RTX 2080Ti at nearly double it's the price in its dust. I can now eat my words when I said on Twitter that we were still quite some time away from having a really good 4K gaming experience without it being a $1000+ graphics card requirement, we're there. If you're running 1440p then you're going to be killing it on a 144Hz panel and want more, but if you're on a 3440x1440 144Hz screen you're going to be in heaven.

I can't go over performance without mentioning DXR and the likes of Ray Tracing performance. It's there, people argued that the RTX 20 Series just wasn't quite there, but the RTX 30 Series is it. We're seeing great performance in all games that run the RT features and even better when they're paired with DLSS. Early implementations of DLSS may have been mired with image quality issues but the later DLSS 2.0 has been spectacular. The latest update to DXR1.1 with Minecraft with RTX has shown that this is continuing to get better and if you look at upcoming games, the net is getting wider. This time you get massive uplift no matter what kind of games you're playing.

The cooler on this card does its thing, with flying colors to add. There is still some work on our end to be done regarding case effectiveness and how it impacts other components, but the time I've spent with it stuffed into my personal gaming system with the Ryzen 5 3600X stuffed into an NZXT H210i case has been more than acceptable in terms of thermals and noise, more on that in a follow-up piece.

The elephant in the room with the RTX 3080 has likely been its power requirements in regards to PSU needs and concerns. You're going to have to feed this beast, it goes all out and doesn't make any apologies about it while doing so. The performance comes along with it so you're not just cranking the power without the payoff. In our testing under default configuration for the RTX 3080, we found our total system power under 500w, far off from the 'you need 1kW PSUs' meme we've seen lately. Power draw high? Yes, Performance High? Also Yes.

If you've been holding out like so many with a 1080Ti you might have just found your price equivalent upgrade. Even if you have an RTX 2080 TI could see the benefit of upgrading as well if you feel you need quite the boost anyway. Ampere delivers and it's quite easy to see why NVIDIA was so AMP'd.