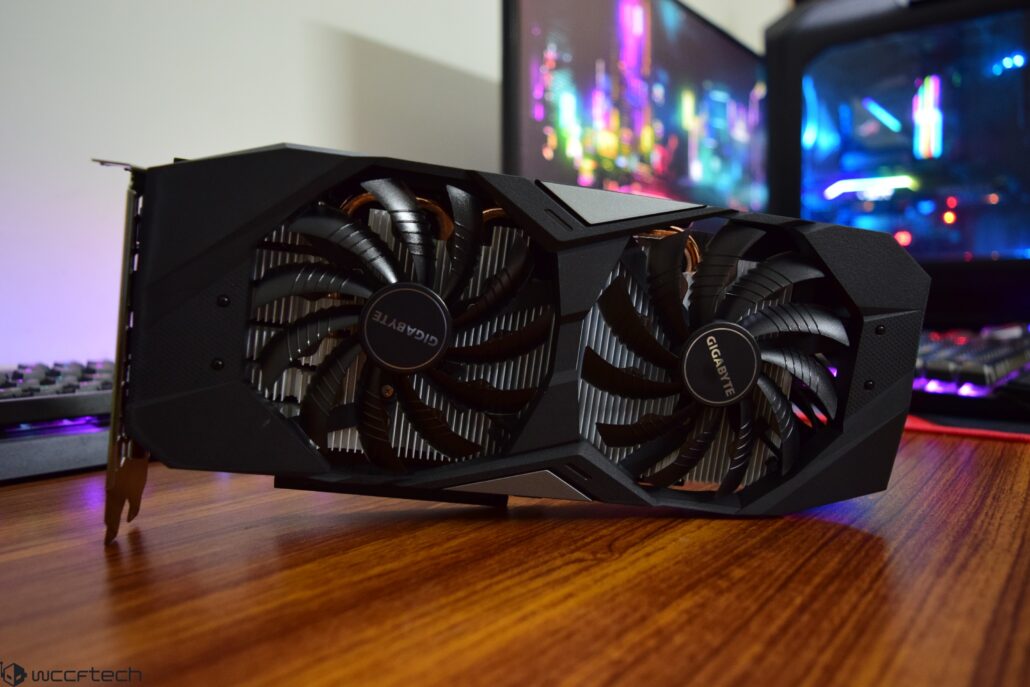 The cooling shroud extends all the way to the back of the PCB and it requires a casing with good interior space for proper installation. You don't have to worry about installation as this graphics card would fit nicely inside almost any case you can think of.

The new heatsink looks like a more sleeker variant of the previous Windforce with the main changes being the shroud and heatsink design. In addition to the heatsink and shroud changes, you also get a slight bit of RGB in the new shroud which is compliant with Gigabyte’s RGB Fusion lighting system and is fully user-customizable. 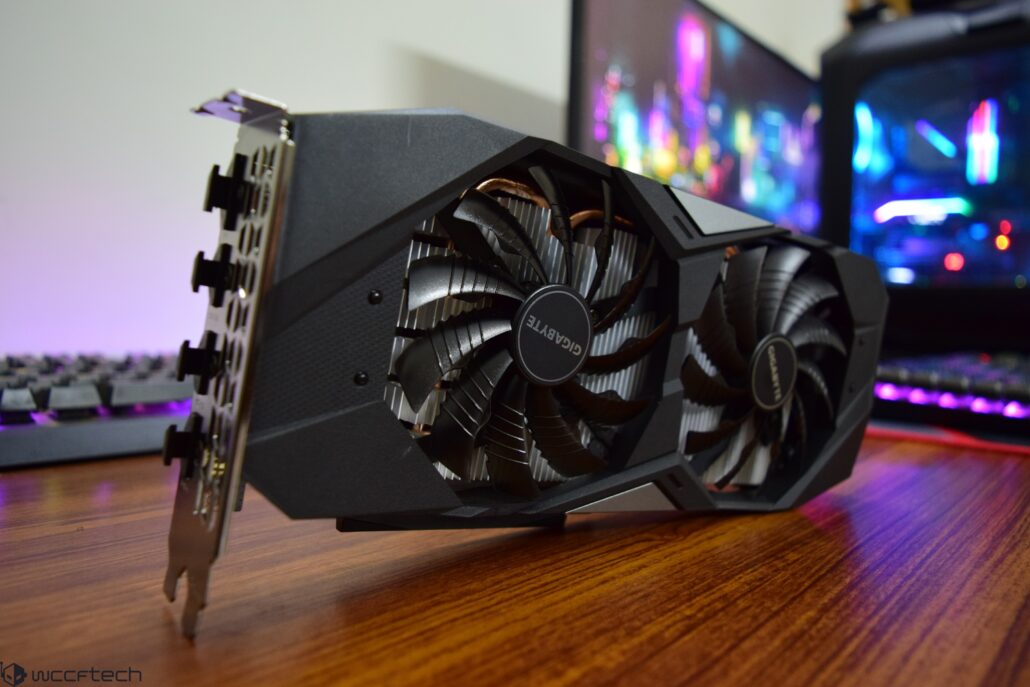 The back of the card features a solid backplate which looks nice and offers a premium look on this entry-level card. There are cutouts in screw placements to easily reach the points on the graphics card. There are open vents for the hot air to move out from the back too. 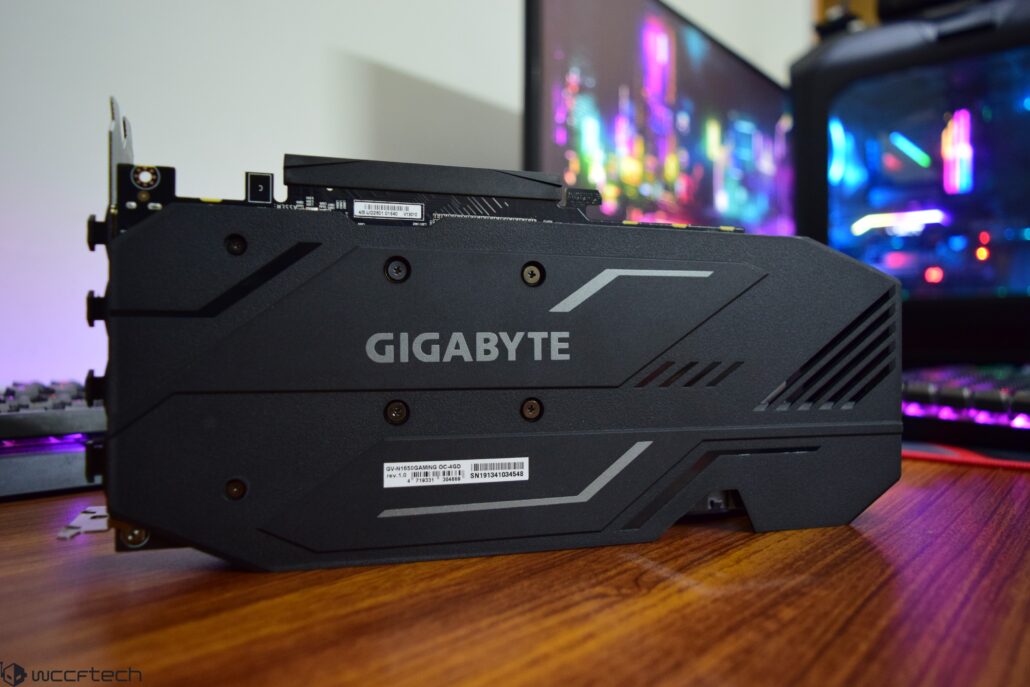 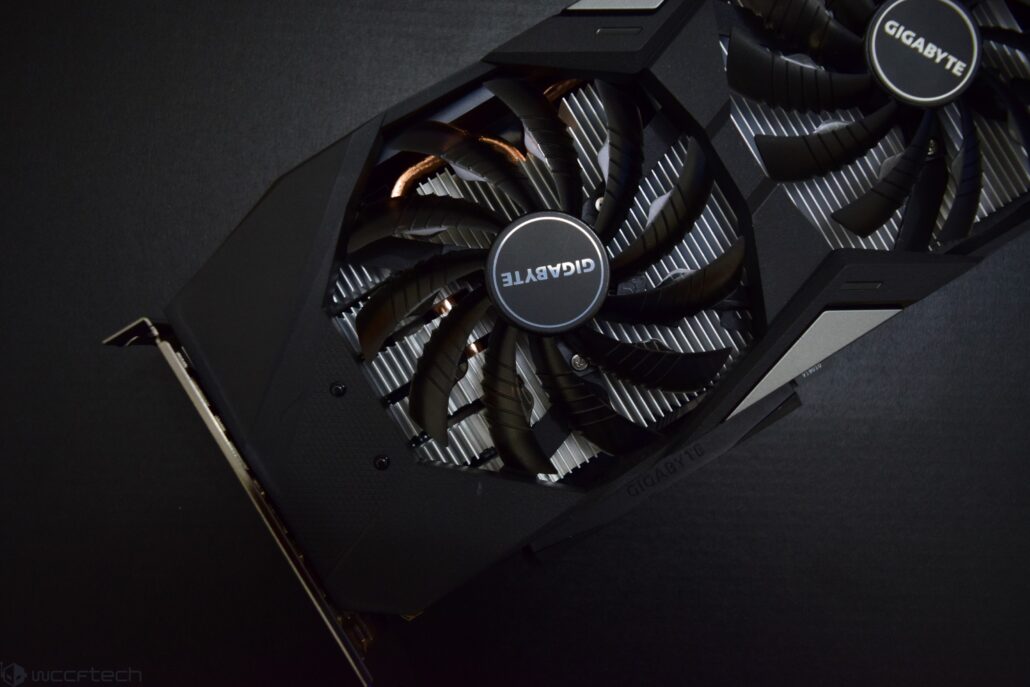 In addition to the standard fan spin, Gigabyte Windforce fans have an alternate spinning mode. It leads the middle fan to spin in a clockwise manner while the two fans on the side spin in anti-clockwise mode. This helps reduce airflow turbulence and allow more airflow to be blown away from the card, effectively increase heat dissipation. 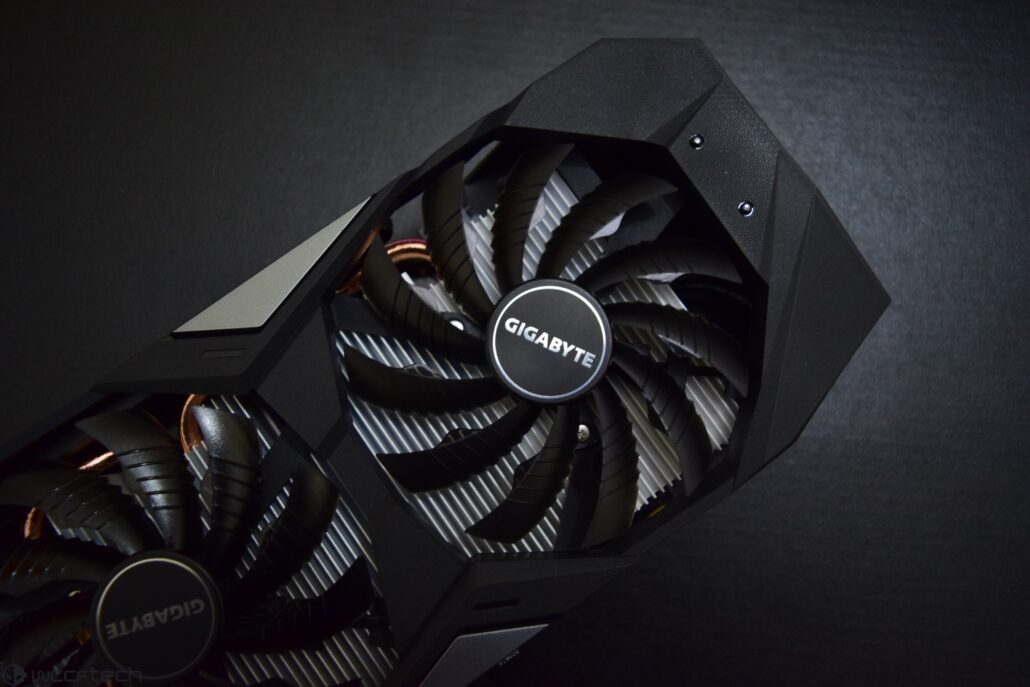 The NVIDIA GeForce GTX 1650, GeForce GTX 1660, GeForce GTX 1660 Ti, GeForce RTX 2060 and GeForce RTX 2070 graphics cards don't feature any NVLINK connector as they don't support Multi-GPU functionality. This has been done for many reasons as two lower end cards have the potential to outperform a higher-end card in optimized titles which may end up cannibalizing its sales. The other is the optimization factor and we know that multi-GPU support isn't the best around these days so NVIDIA has only kept it for users who are willing to pay a premium on their higher end cards.

With the outsides of the card done, I will now start taking a glance at what's beneath the hood of the GTX 1650 Gaming OC. The fin stack runs all the way from the front and to the back of the PCB. 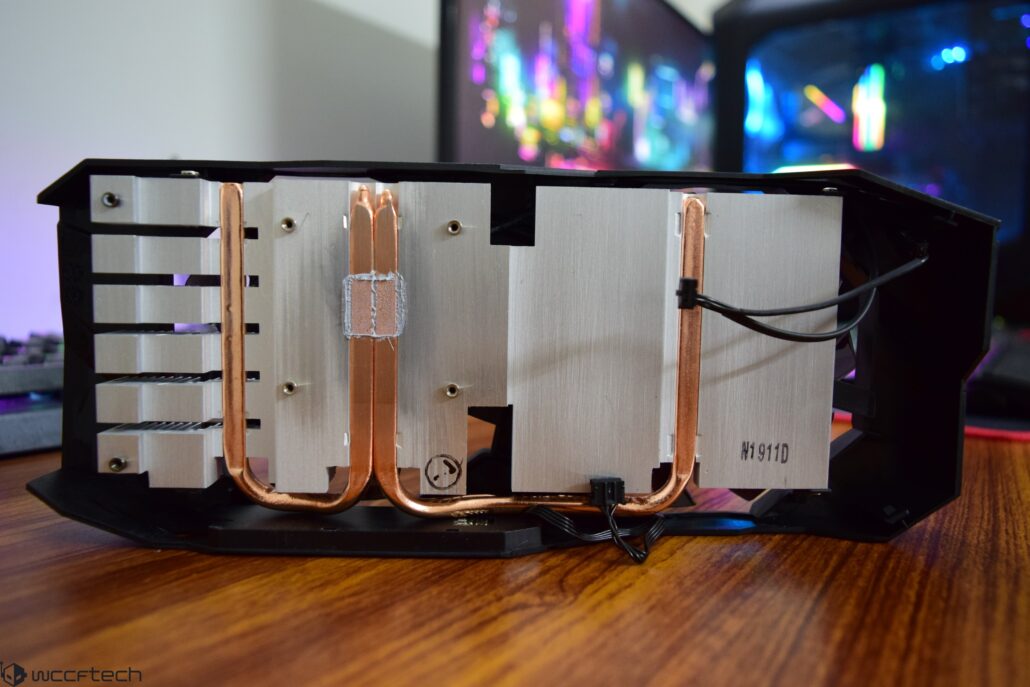 Talking about the heatsink, there's a single massive aluminum block with fins edged on the top side. The lower layer houses four heatpipes which offer direct contact with the GPU and dissipate heat over the entire surface area of the heatsink. 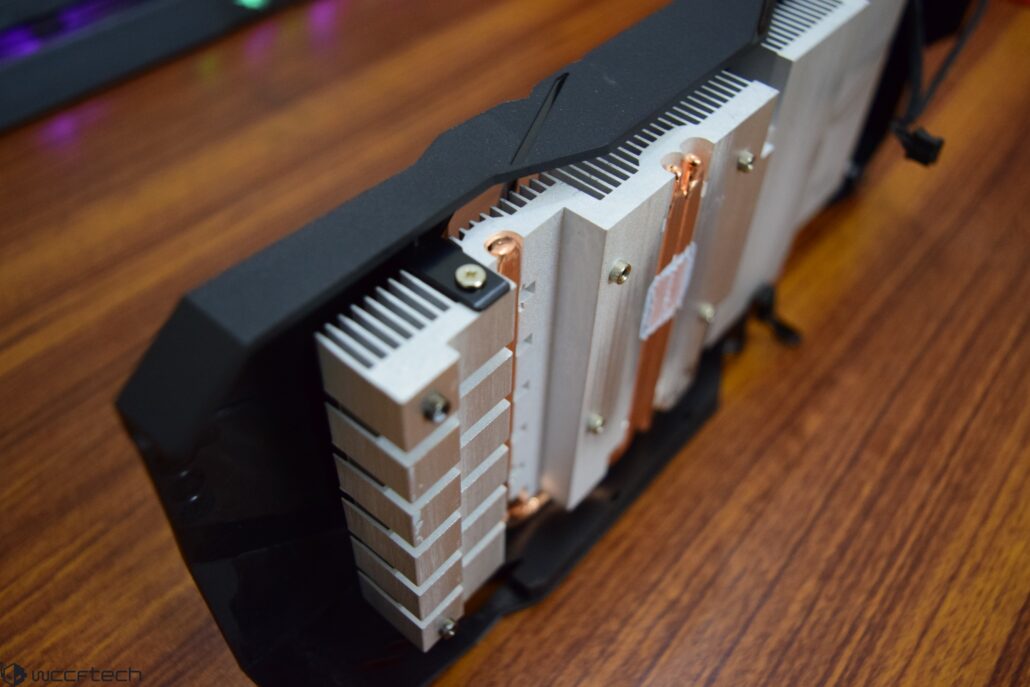 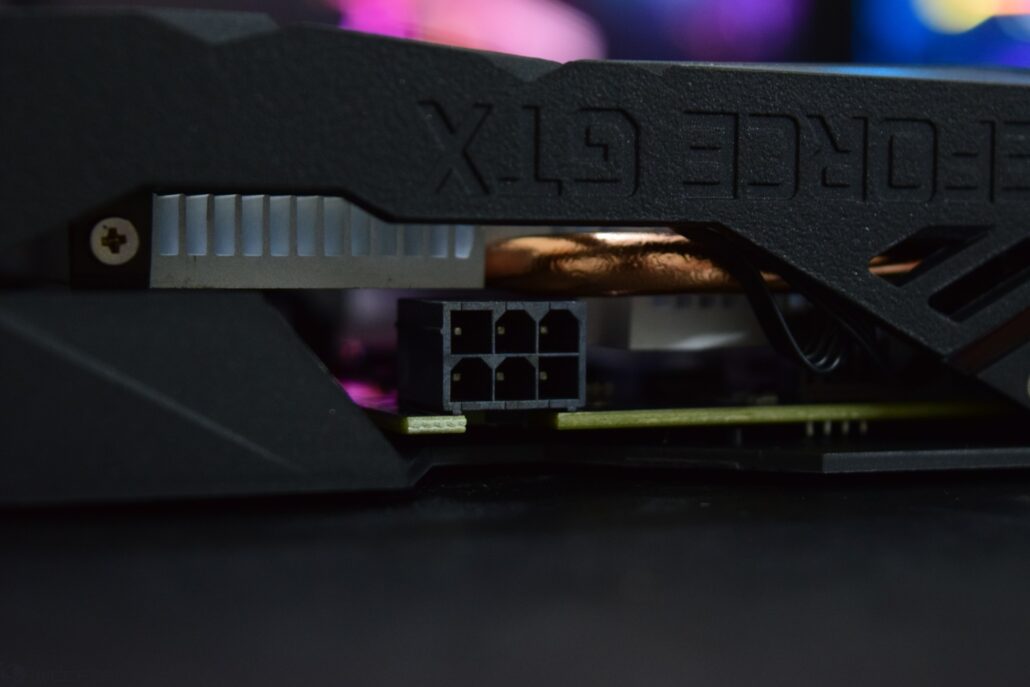 The Gigabyte GeForce GTX 1650 Gaming OC has a single 6 pin power connector to boot. The card is rated at a TDP of 75W (reference TDP). 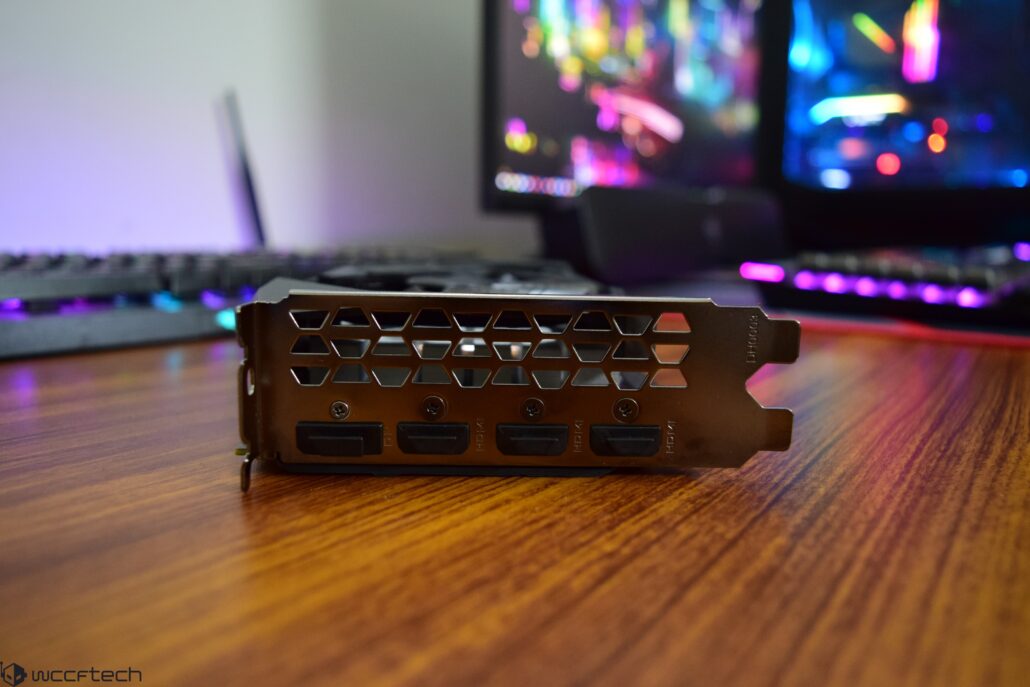 Gigabyte makes use of a 4 phase PWM design that includes their Ultra Durable components such as Hi-C Caps, Super Ferrite Chokes, and Japanese Solid Caps. 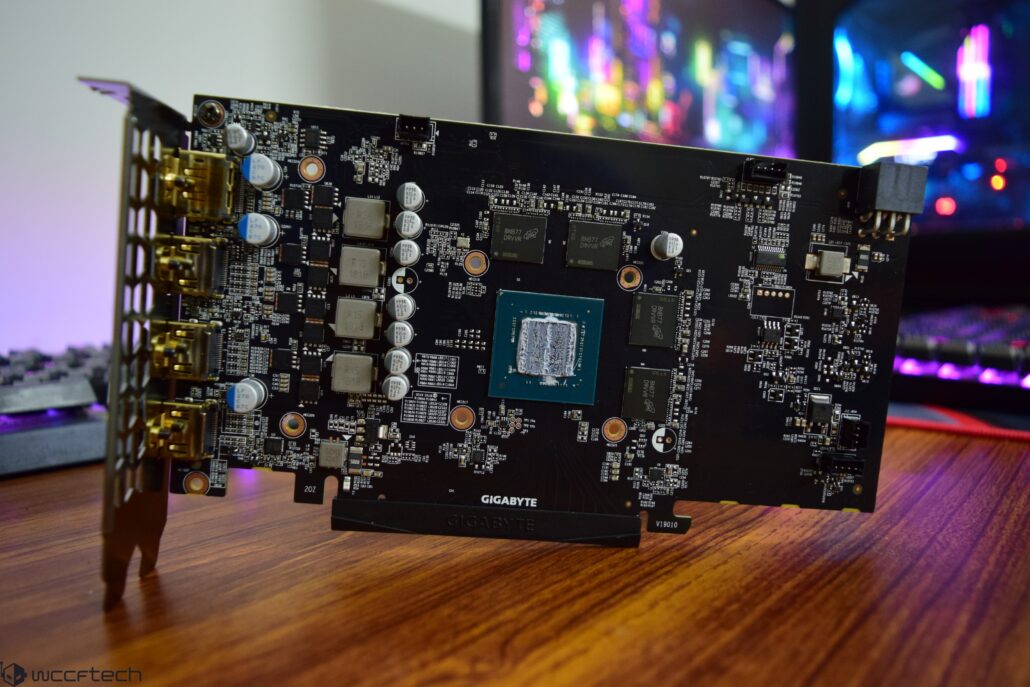 Following are a few close-up shots of the reference PCB which is being offered under the hood of the Gaming OC series graphics cards.