The MSI GeForce GTX 1650 Gaming X is the top variant within MSI's GTX 1650 series family. This graphics card utilizes the most advanced version of the iconic Twin Frozr cooling system known as the Twin Frozr VII. This graphics card is available in the market for $149.99 US right now which is great considering you get a fully custom design at the reference price. The good thing with this graphics model though is that it excels upon the standard reference models in all possible ways. 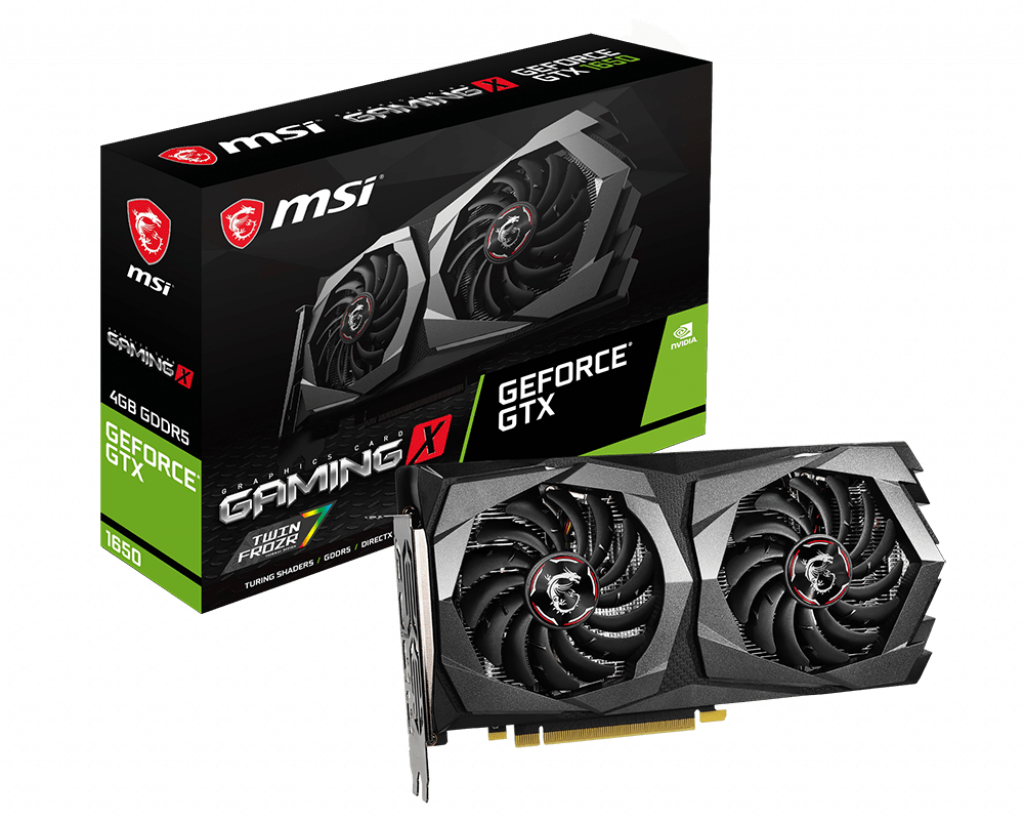 In terms of specifications, the NVIDIA GeForce GTX 1650 features 896 CUDA cores, 56 TMUs, and 32 ROPs. The Turing TU117 die used on the graphics card is based around a 12nm process and has a die size of 200mm2. The core clocks for the card are maintained at 1485 MHz for Base and 1665 MHz for Boost. The MSI Gaming X model is clocked up to 1860MHz (boost) which will be providing better gaming performance than the reference model.

The chip packs a total of 3.0 TFLOPs of FP32 compute power. The cards feature a 4 GB GDDR5 memory interface running along a 128-bit wide bus interface that delivers 128 GB/s bandwidth. The MSI GeForce GTX 1650 Gaming X is powered by a single 6 pin connector and has a TDP of 75W.

The Gaming X design is built upon the foundations of the previous Gaming X layout with dual Torx 3.0 fans that come with Zero Frozr technology and the dispersion fan blade design, allowing higher airflow to reach the heatsink underneath the shroud. The card features a custom 3+1 phase power design on the PCB and is powered by a single 6 connector.

Following are some of the features of the MSI GeForce GTX 1650 Gaming X before we go into detail: