I really don't think that Myst needs an introduction. I mean, it's a game that's been known across the history of video games as one of the most legendary adventure titles of all time. It revolutionized the adventure genre and made such a big impact on people's lives that it spawned an entire generation of clones who tried to mimic the formula but failed.

Now, the game's been remade for VR purposes, and it recently came back to its PC home. The Myst remake now brings back all of those memories with a new coat of paint for players to bask in the beauty of the world. Unfortunately, I feel a few snags hold the game back from the true masterpiece it should've been all along.

What are the flaws? Well, why don't we open that book and find out for ourselves? 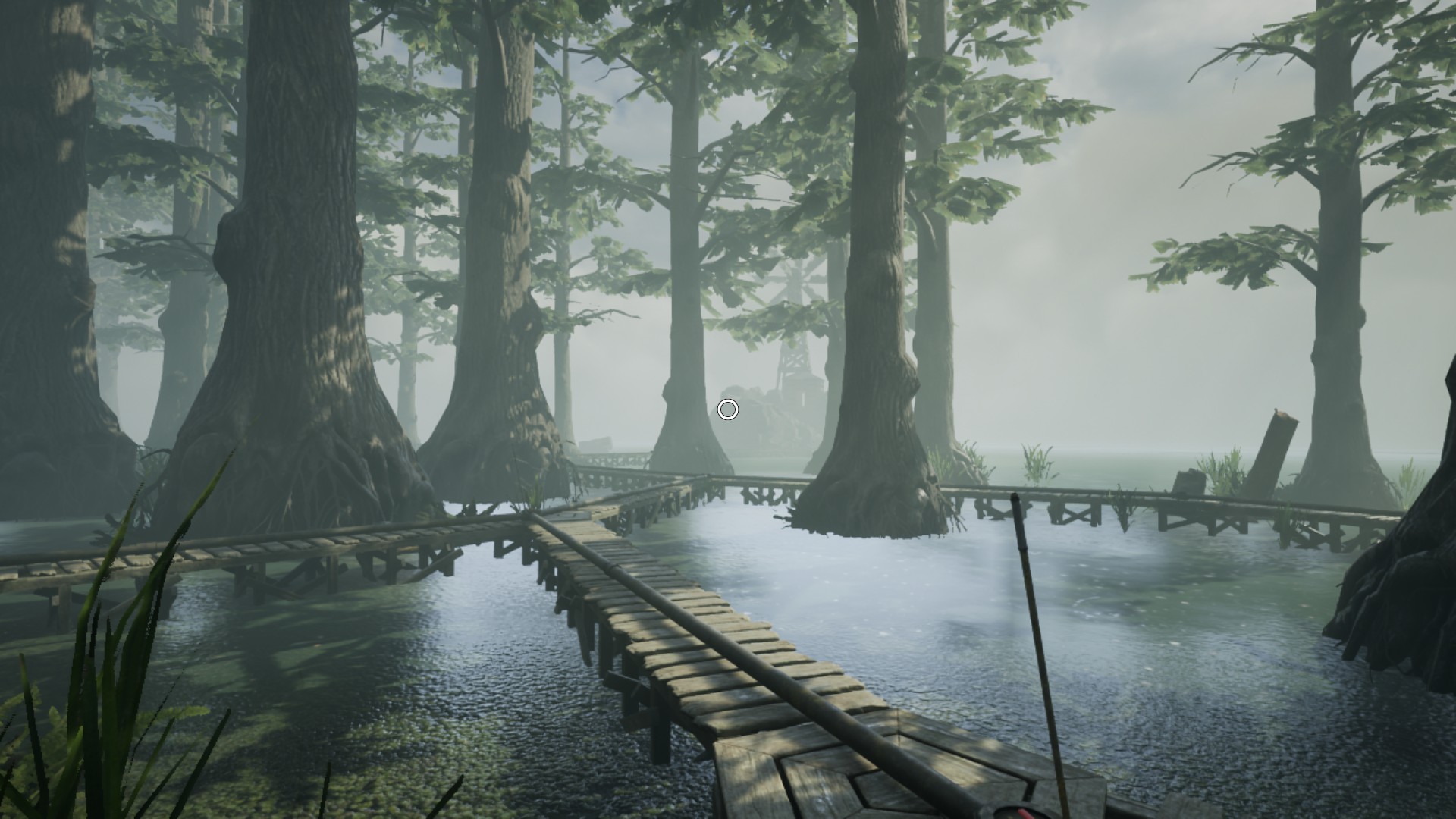 The plot of the Myst remake is the same as the original. You take control of an unnamed individual who comes across the book of Myst after a man named Atrus was imprisoned in an unknown region called D'ni. The player is then whisked away into Myst Island after reading the book and touching the picture found on the last page.

Stranded in Myst Island, the player treks forward until they find themselves in a library in which there are two books. One has a red cover while the other has a blue cover. The player then opens the books to find two brothers - Sirrus and Achenar - trapped within. Both brothers plead to the player to find the blue and red pages to free them from their imprisonment while also blaming each other for the "Death" of their father, Atrus.

The player will be tasked with finding each of the book's pages by finding Linking Books hidden behind many complex contraptions and puzzles. Each page will not only bring each of the brothers to freedom, but it will also make their voices clearer, which the player will have to use to judge their intentions.

Myst Remake is Coming to Xbox Series, Xbox One, and PC on August 26

At the end of the game, the player can use those hints (alongside an additional puzzle) to see whether or not they'll help Sirrus, Achenar, or neither. All I have to say without spoiling anything is that the game's ending weighs on the choice you make. 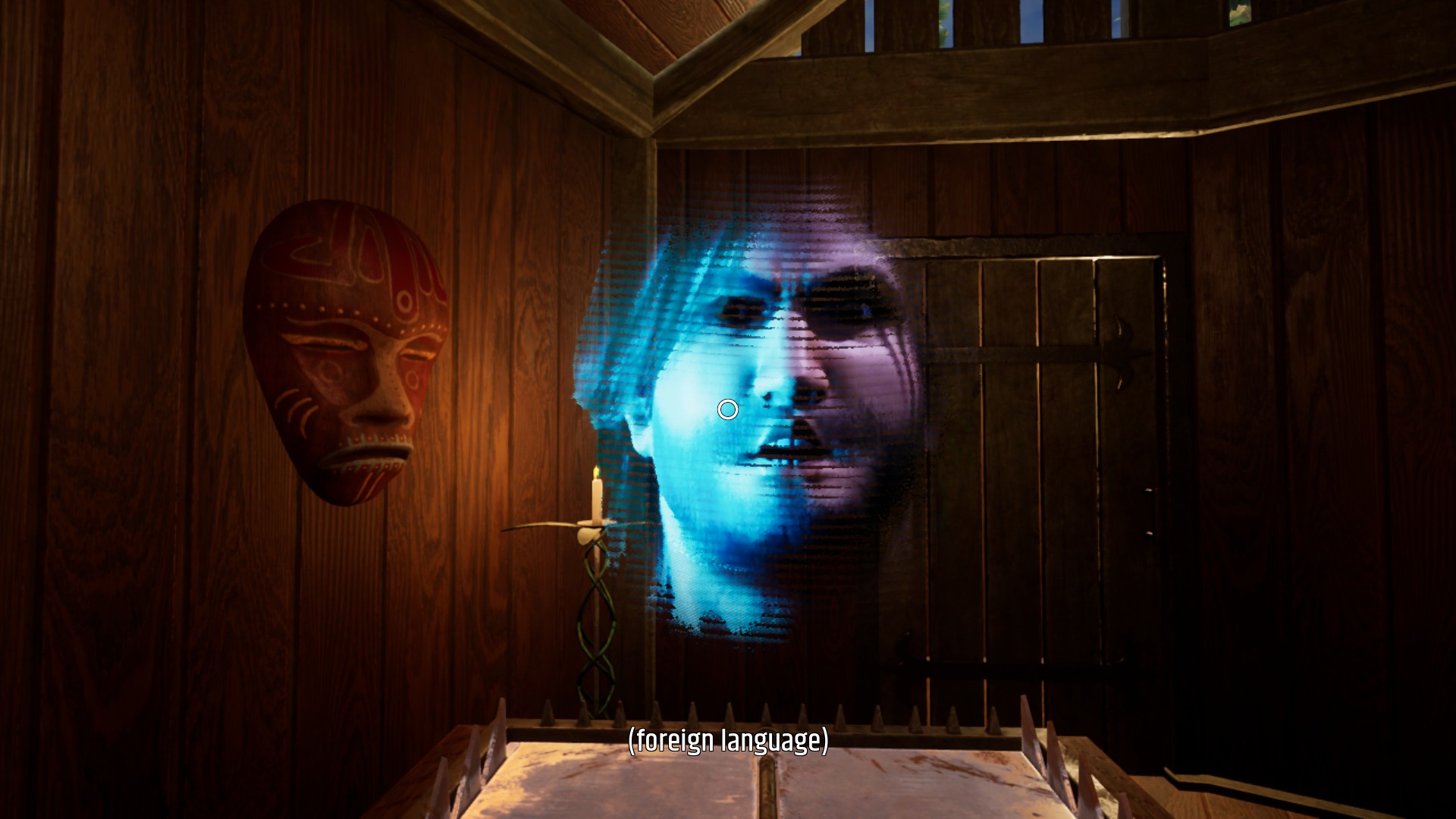 This game doesn't have much of a developing plot, but rather, most of its aspects are implied. You don't even get the context I gave you in the first few paragraphs, you're just thrown into the island and it's up to you to figure out where to go and what to do. The game is vague and often follows the rule of 'show, don't tell.'

The game's story is actually deep, is what I'm saying. However, most of it is up to the player to find. The Myst remake won't feed you anything at any point. It was one of the trademarks of puzzle games from the time of its inception. It's pretty much a matter of thoroughly inspecting every nook and cranny in the game to find those hidden details that enrich your overall experience.

Instead of the classic point-and-click structure that the original game had, the player can roam freely through the world like in realMyst: Masterpiece Edition. Unfortunately, unlike realMyst, you can't switch between point-and-click and free-roaming controls. In other words, interacting with puzzles and even the environment itself is slightly more difficult because now you have to position yourself and make sure your cursor is placed exactly where the game wants you to.

At least I can be elated that I can play the game with a controller, except that this approach makes the whole thing harder because the controller's reticle is way too sensitive on the default settings, making precision way more cumbersome than before. It's a good thing that the game doesn't have such scary features as timed puzzles (unless you consider the Lighthouse/Compass puzzle one, but the game gives you ample time to solve it) because I would've given the game much more flack for even making playing with the controller an option. 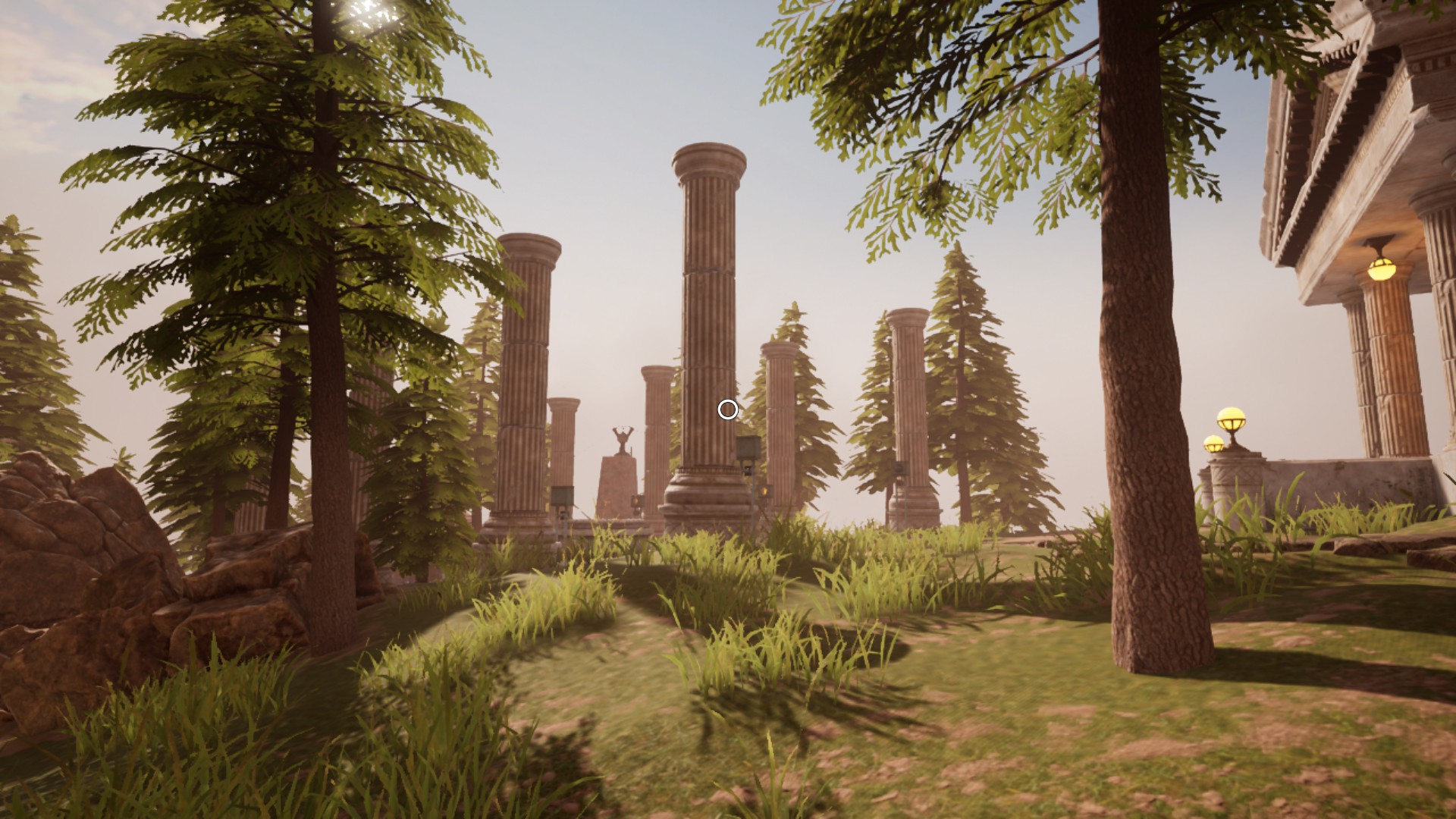 Thankfully, Myst is a game where taking your time to solve the puzzles is actually the best way to solve them. Most of the things you stumble across in the game often provide clues about how you can solve the game's puzzles. Yes, that means that the Myst Remake will require you to bring a pen and paper to jot down the clues so you can figure out the solution.

Or you can use the Remake's innovative and game-changing snapshot feature. This feature allows you to press Space Bar/Y to take a snapshot of the thing you're facing. Thus, when you need to figure out the solution to a puzzle, you can bring your photo album and take a look at the pictures to figure out whether you're on the right track. You can't access it while working on puzzles, though, so you'll often have to leave the puzzle you're working on and access your photo album before getting back in.

Be sure to keep the snapshot feature in mind because the Myst remake also brought some minor stylistic changes to how some puzzles were designed. Nothing too game-changing, but the changes were made for the sake of having VR mechanics. Some buttons in certain places were changed to levers and so on.

Myst remake also offers a Randomizer mode if you're a veteran Myst player looking for a new experience. This mode essentially changes the solution to the puzzles (not the puzzles themselves) to make you look for the solutions to the puzzles again, just like the very first time you played this Mystical (see what I did there?) adventure. 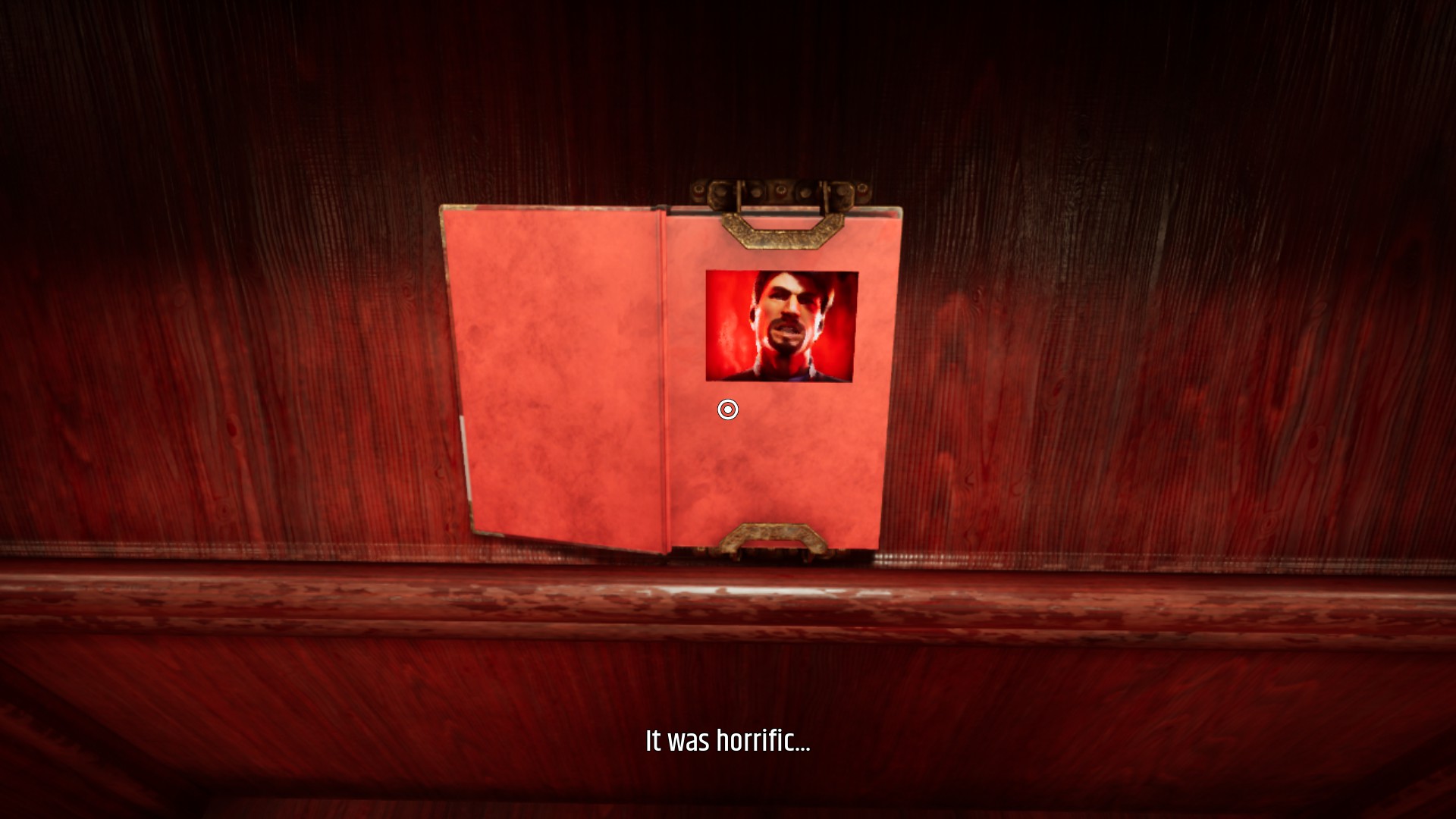 Cyan Worlds used the Unreal Engine to bring the Myst remake to life. I believe that this is the best way to experience Myst from a technical standpoint. Whether on VR or using a controller, the game runs at a smooth 60FPS at high resolutions. You can enable unique features like ray tracing and NVIDIA DLSS support to make the visuals even more attractive and the performance more steady.

The game doesn't have that many loading times. What little loading screens I had to go through went by quickly on a high-end rig. So, the experience should be smooth under the recommended settings. I kind of wish that they added an "Old visuals switch" button like in Halo Master Chief Collection so that players who wanted to compare the original game's visuals (or even realMyst's) with the remake's had the satisfaction of seeing how far we've come in terms of visuals.

That said, I would've liked to see the implementation of the point and click mode. This is what brings down the Myst remake a few pegs to me, to be frank. Why? Because as I mentioned earlier, there are a few problems with the free-roaming aspect that hinder the experience and break the immersion. It's hard to soak in the adventure when you have to adjust your cursor on the controller or mouse. By the way, I recommend you play this game with the KB+M set-up, just as a heads up. 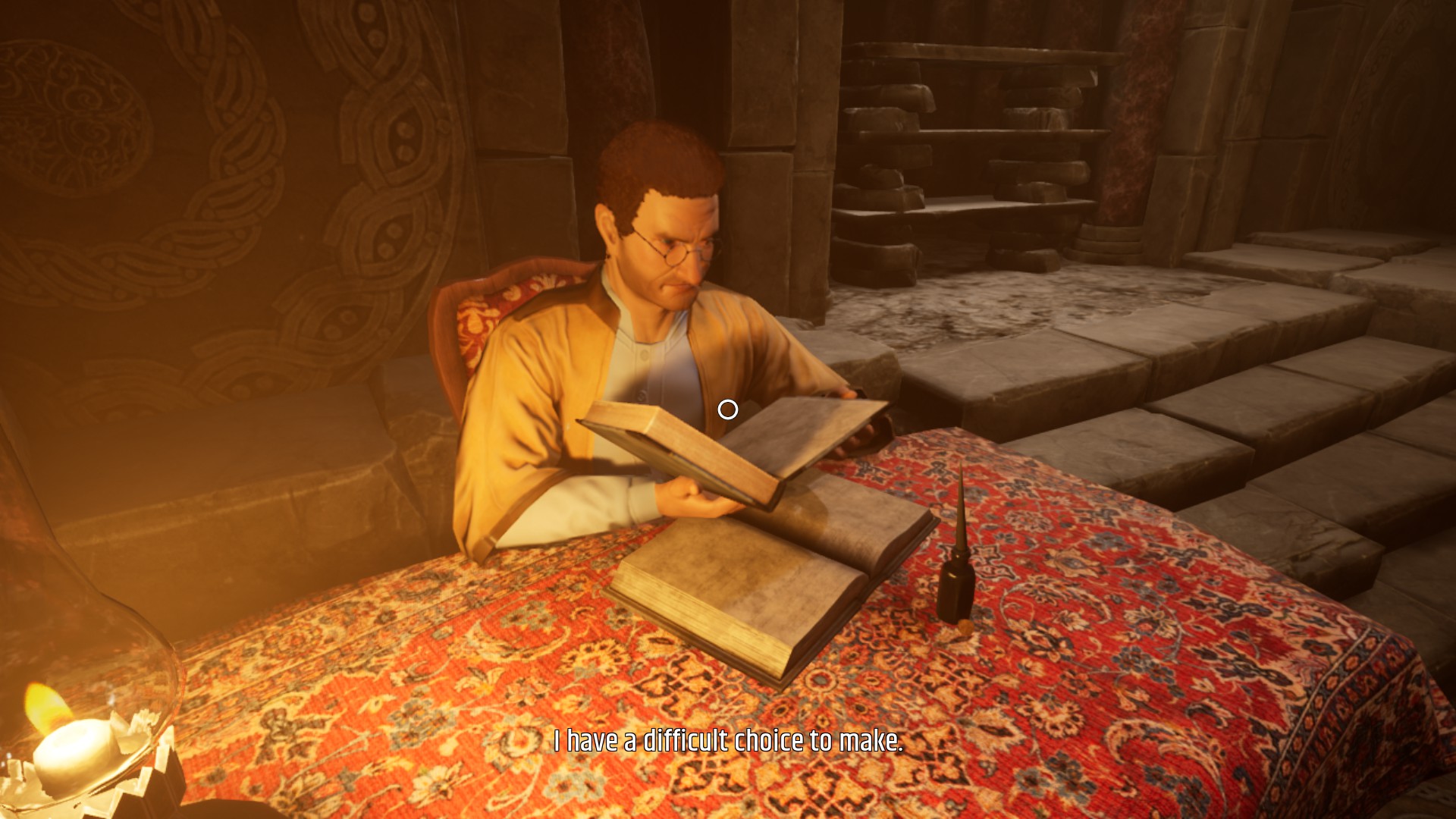 Wrapping this review up, it's fair to say that the Myst Remake does many things right, but I don't think I would recommend it over realMyst: Masterpiece Edition. The game looks as beautiful as you might expect, but I also think that realMyst offers several improvements to the overall experience that make it better suited for fans.

Of course, the main reason why the game doesn't have a point-and-click mode is (as some people might make me aware of) the fact that it's built for VR. As a VR title, I feel like this is the true way Myst was meant to be experienced from the beginning. It's simply going to be a wonderful adventure that'll test your environmental awareness and your intelligence.

Now, the next part might be a bit controversial for many reasons. However, I believe that Myst may be too vague for newcomers. It's great that veterans have these great additions like VR, randomizers, and other neat features, but I feel like newer players should also get to experience this game through increased accessibility. Maybe a little handholding at the beginning through a Hint system would be a great addition to Myst for newcomers who might not know much about games like this.

Overall, this is a great way to experience Myst. However, if you don't care about graphics, I still would suggest playing realMyst over this one, at least until the revisions and gameplay additions that Cyan put into realMyst come over to this version of the game in a patch. Other than that, I hope that the same treatment happens to the sequels. This is a game series nobody should miss anyway.

The Myst remake does many things right. Unfortunately, it still has a few snags that would keep me from recommending it to veterans over realMyst: Masterpiece Edition. Likewise, most of the adjustments and revisions are made with veteran players in mind while the newer players may feel alienated by the lack of accessibility options.