The Myst remake, coming next week to PC and Xbox One/Series S|X (including Game Pass), will be the latest title to exploit AMD FSR on PC and one of the first to do so on Xbox. As you'll recall, Microsoft announced its support of FidelityFX Super Resolution across Xbox platforms in early June.

According to the developers at Cyan Worlds, FSR was instrumental to ensure 60 frames per second on both Xbox Series X (at 4K resolution) and Xbox Series S (at 1440p resolution).

One of the technical features we’ve used to achieve this is AMD FidelityFX Super Resolution. This allows us to crank the graphics quality much higher than we typically would be able to. Thanks to FSR, Myst can run in 4K at a smooth 60fps on Xbox Series X with the highest graphics setting across the board, and at 1440p at 60fps on Xbox Series S!

With FSR, we effectively decrease the screen percentage of the game down in the background, then allow the super sampling process to sharpen the image. There are some minor differences to how the game looks at native 4K resolution without screen percentage adjustments, but overall, FSR provides a nearly 75% increase in performance on Xbox Series X|S on a 4K display, without sacrificing much visual fidelity at all.

The visual changes are subtle; but that’s how they’re supposed to be! The bottom line for you? Instead of having to balance between performance and graphics we can offer a crisp, clean, fast, and great-looking experience on all Xbox platforms. We’re proud to be one of the first developers to take advantage of this tech for Xbox Series X|S!

You can check out an FSR on/FSR off image comparison below. 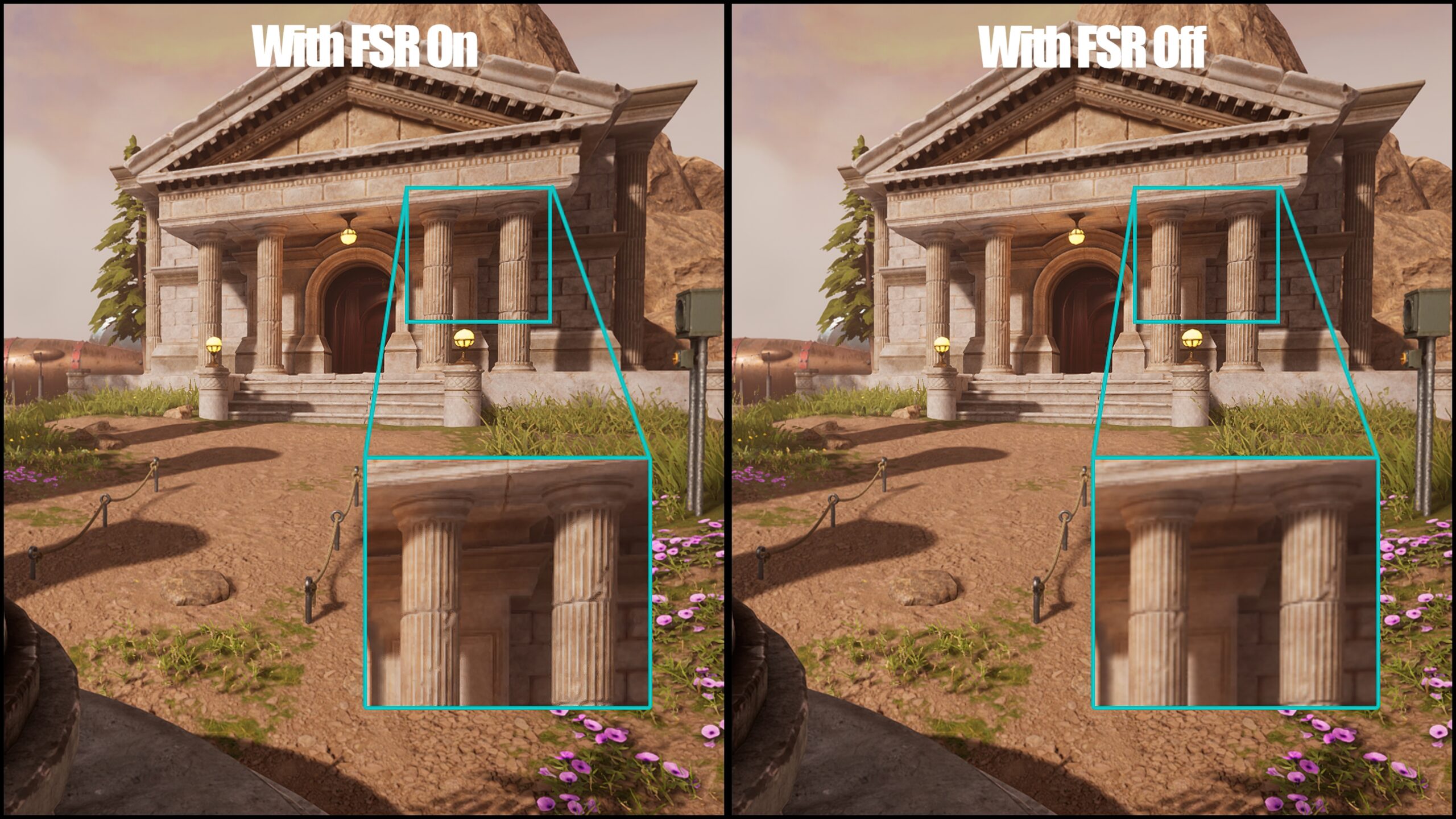