Here, the GeForce GTX 1070 Ti is performing really well with the highest quality settings at 1440p resolution with 94 average FPS. At 4K, you can dismiss the Nightmare quality in favor of Ultra to get a decent 60 FPS frame rate which will look just as good. 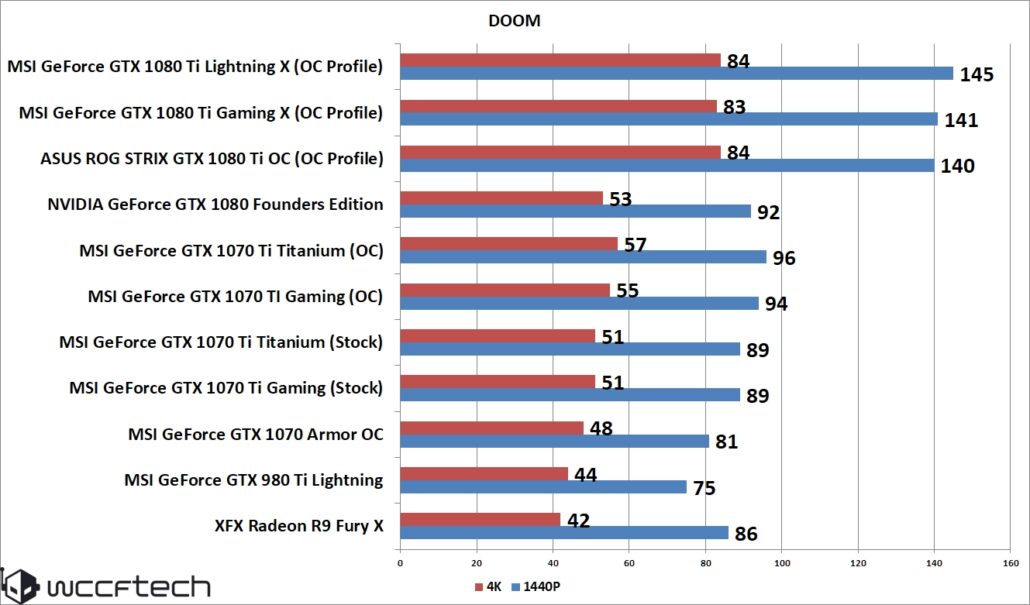 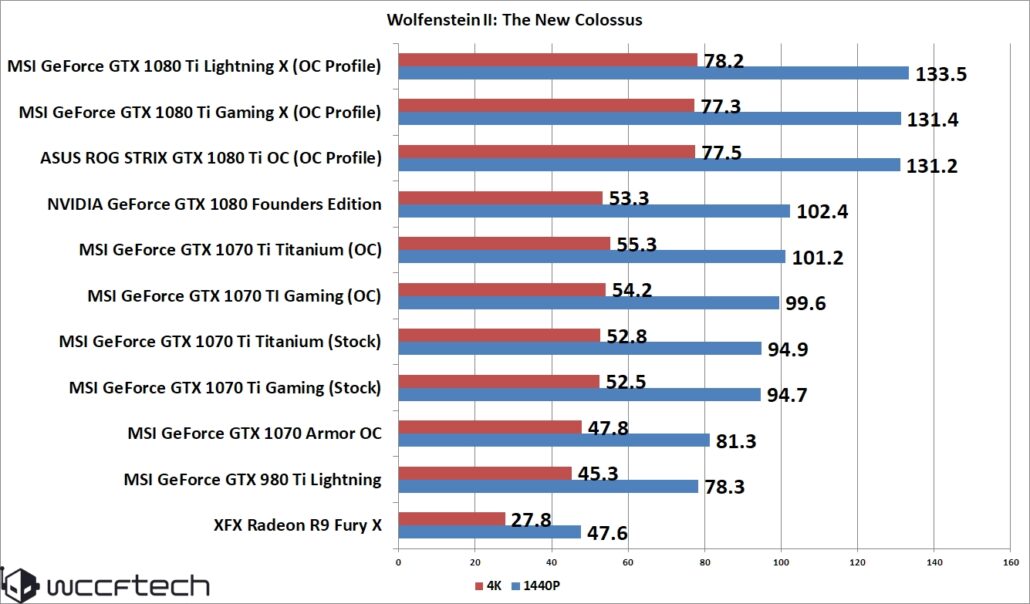