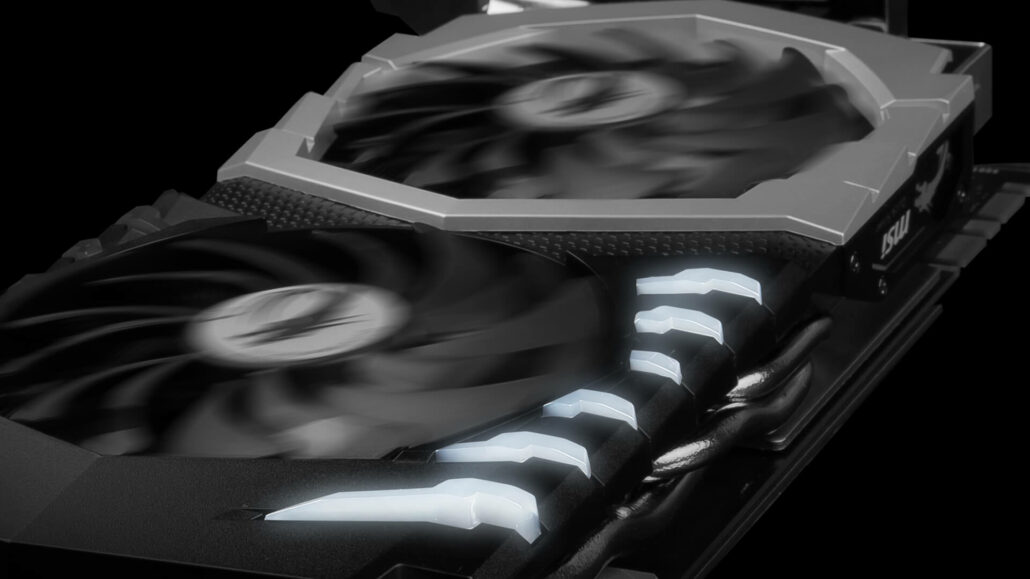 The MSI GeForce GTX Titanium series features a new silver and black color scheme which looks absolutely gorgeous. MSI took one step further with their design scheme by making it better than ever in terms of design and cooling performance through Twin Frozr VI.

The cooling is provided by dual Torx 2.0 fans that come with dispersion fan blades and double ball bearings. These extend the cooling airflow and deliver low noise output even under intense loads. Furthermore, MSI’s ZeroFrozr technology is onboard which means that the fans won’t spin unless temperatures hit beyond 60C (degrees).

These fans push air towards a very dense aluminum fin based heatsink block. This heatsink is fitted with a total of 6 heatpipes with a smooth squared shape to maximize heat transfer from the surface of the solid nickel-plated copper base plate that is attached directly over the GPU. The base plate also uses what MSI calls Premium Thermal Compound X which is said to offer better TIM performance compared to what other brands use.

MSI also features an anti-bending plate to support the PCB alongside a PCB backplate. The top of the shroud and the backplate comes with LED functionality allowing you to change the colors of the MSI logo on the side of the card. 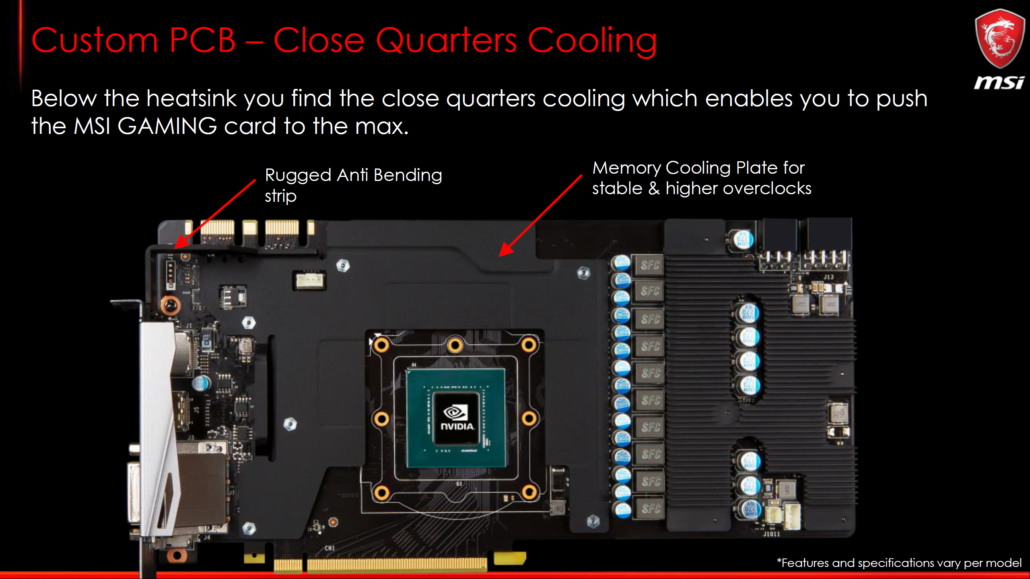 There's also a separate PCB base plate that is called "Close Quarter heatsink". This delivers better thermal performance for the memory, VRM and electrical components and even has its own separate heatpipe cooling.

As for clock speeds, the GP104 GPU with 2432 CUDA cores is configured to run at the reference clock speeds that have been set by NVIDIA. The card features just one clock profile which is also true for all AIB models. The clock speeds are maintained at 1607 MHz base, 1683 MHz boost and 8008 MHz memory clock. For power delivery, the card features an 8 and 6 pin connector config so we are looking at a stable design that allows for faster clocks. 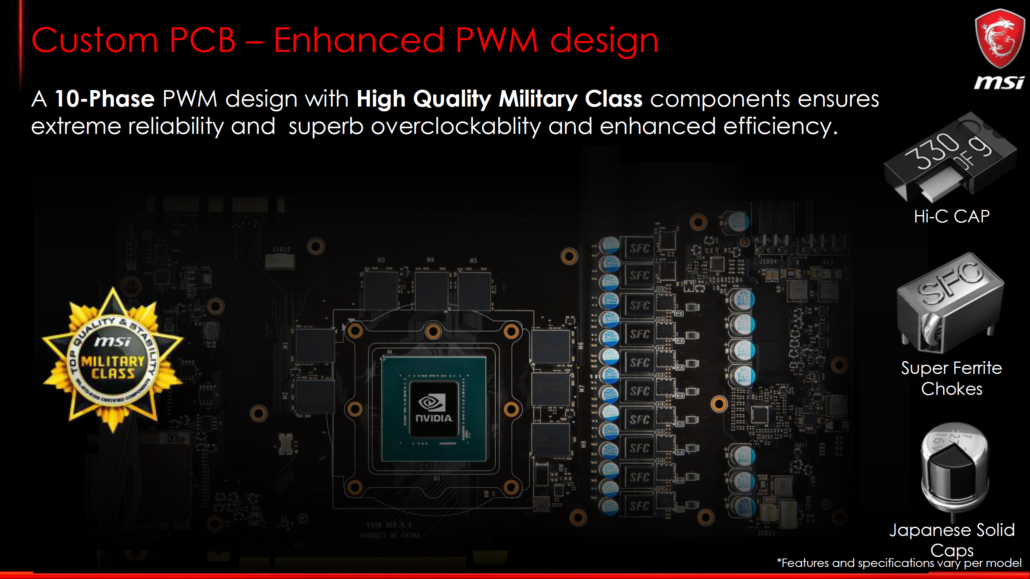 Memory on the card is 8 GB of GDDR5 VRAM that is clocked at a reference speed of 8008 MHz. The display connectivity on the card includes dual DisplayPort DVI, dual HDMI 2.0 and a single DVI port. 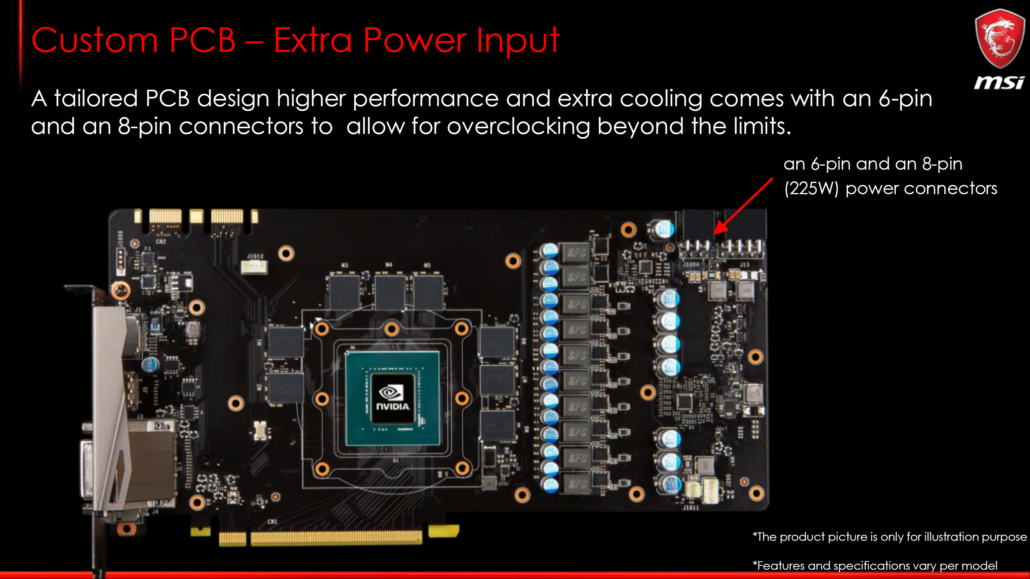 The card uses a pure digital PWM PCB controller that enables accurate control and monitoring of power delivery to specific key parts of the PCB. Fine-tune each area for maximum performance and stability during overclocking sessions.