I compiled the power consumption results by testing each card under idle and full stress when the card was running games. Each graphics card manufacturer sets a default TDP for the card which can vary from vendor to vendor depending on the extra clocks or board features they plug in on their custom cards. Default TDP for the GTX 1070 Ti is set at 180W and since we are testing a custom board, the figures can be lower or also exceed the default TDP.

The new 16nm process on the GeForce 10 series cards based on Pascal architecture deliver huge increases in performance per watt values meaning that the GTX 1070 Ti is able to deliver higher performance while sipping in drastically lower power than previous generation cards.

In the case of our MSI GeForce GTX 1070 Ti Titanium sample, we are looking at an 8 and 6 pin power connector configuration. These would immediately indicate a 225W power consumption but in real world usage, the card never reached that limit. The extra power is there for stability and higher OC which depends on user preference. 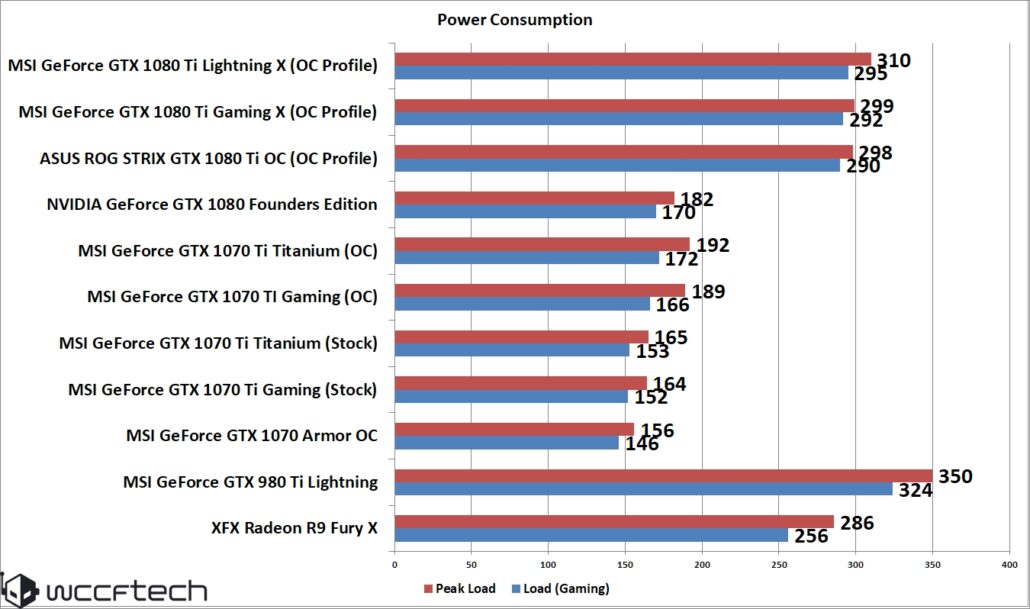 You can see the results for yourself below which show that the GTX 1070 Ti Titanium has a total power input of 165W at reference and 192W at overclocked frequencies on the peak stress test. This is a fair bit lower than what an overclocked GeForce GTX 1080 manages to deliver.