MachiaVillain is a game about building, cleaning and being a successful con artist. Cleaning up is probably just as important here as in Viscera Cleanup Detail. Why? Because unsuspecting victims get a little bit scared when they see the severed head of previous victims of your cabin in the woods. Or, more accurately, cabin where the woods used to be.

There's one large problem I have with MachiaVillain. Initial impressions are pretty damn bad. Work through these bad first few hours and you will get to a game that you can enjoy. There is just something enjoyable about murdering unsuspecting humans. Watching them try to run away, screaming in terror. It's the one thing that keeps me going through the day.

Comparisons to other games are inevitable. The easiest ones to band about are Evil Genius and Dungeon Keeper. You are the bad guy, you're building up your base of evil and the aim is to lure in as many unsuspecting victims as possible. From these victims, you'll pilfer everything on and in their bodies. Gold and items carried by the people will help pay for the expansion of your house of horrors. This keeps your minions fed on the entrails, brains and bones of the hapless humans.

Fortunately, MachiaVillain doesn't stick to the same path that other similar titles have followed. There isn't any real focus on a mixture of base-building and real-time strategy. Rather, you're micro-managing your minions to a larger level than you would originally imagine. It brings back thoughts of Rimworld or Prison Architect more than anything. Your minions are simply unable to adapt and think for themselves and it's left to you to be both proactive and reactive.

There is at least a little bit of assistance you get in guiding your minions. Each minion has a select number of jobs they can be assigned to, with you placing a priority on one job over another. Each minion has a starting rank in each job and they gain further ranks by performing the roles. It always makes sense, then, to ensure everything is covered. The start, with only three minions, means you'll have a lot of swapping and changing but as you gain more then you can effectively cover everything.

Once this is the case then the main micromanagement will be actually assigning specific jobs in the rooms themselves. A factory, containing either a basic or manufacturing workshop, will be used to make more advanced items. These more advanced items will then be used to build things to either maim or distract the victims that you lure into your funhouse. Once you've researched them that is.

Just how you lure victims in is part of the humour that MachiaVillain tries to get across. Using your home office, you send out advertising campaigns through the post or online. You've all received the junk mail, advertising free holidays or a quick and easy way to get money. Only in real life, I think most people have wised up to these cons, the people of MachiaVillain likely still believe in Y2K and Nigerian princes offering millions.

Probably the worst part of the game is the humour. It's just a little forced, though every now and then does garner a chuckle. It's great being able to use the tyre from Rubber or a collection of other famous monster villains. They all have their own little quirks and abilities, as well as randomised traits that can increase certain skills, allow them to stack more jobs and event affect their loyalty.

Loyalty, amongst other things, is another issue I have with the game. To be more accurate, I have a problem with how the game explains a wide range of its elements. It only has a very basic introduction that doesn't explain completely how to best structure your cabin. You'll learn quickly that minion based rooms (bedroom, home office, kitchen, etc) need to be placed a few rooms deep. The second that victims see any element of your nefarious plans, they get scared.

Just how the traps function as well isn't completely explained. At first, I tried to combine a push trap with a rotating wall. For some reason, the trap didn't seem to push a victim into the wall, or the wall decided it wasn't going to rotate for that particular type of victim. The traps do have an explanation but I just didn't imagine a person had to specifically stand and look at the painting on a wall for it to rotate - I was thinking a little too logically for the game. Fortunately, you can build things like arcade machines, TV's and bookshelves to keep victims occupied, if only for a while.

Once you do actually learn all the little elements, destroy and rebuild portions of your cabin, the game becomes much more enjoyable. My best piece of advice is to take as much time as you can, read all the little tooltips and go into every menu and sub-menu you can. It will make the start of the game a lot more enjoyable for you. Even then, MachiaVillain hits a brick wall. The game sets you a series of increasing challenges, particularly based on the number of victims to kill.

A problem here then becomes the lack of time in between surges of victims. You need the victims for food, money and other resources. The major problem is the need for food. As you gain more minions then this need only grows, meaning you have less and less time between waves. Eventually, house and trap building plays a distant second fiddle to the murder. It's a shame, then, that the murder becomes very mundane and very much about being able to click on the right buttons. The pause-play option becomes invaluable as the innocents will run at the drop of a hat.

MachiaVillain has a decent amount going for it, there's little doubt there. The concept is fun and one that isn't explored enough, with the added twist of a Cabin in the Woods vibe only helping matters. Once you get into it, the gameplay is engaging, particularly building. It does turn into a bit of a slog as you advance through the ranks though. A lot is also buried beneath the large amount of micromanagement. 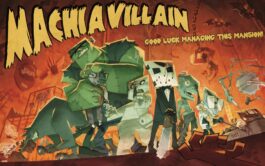 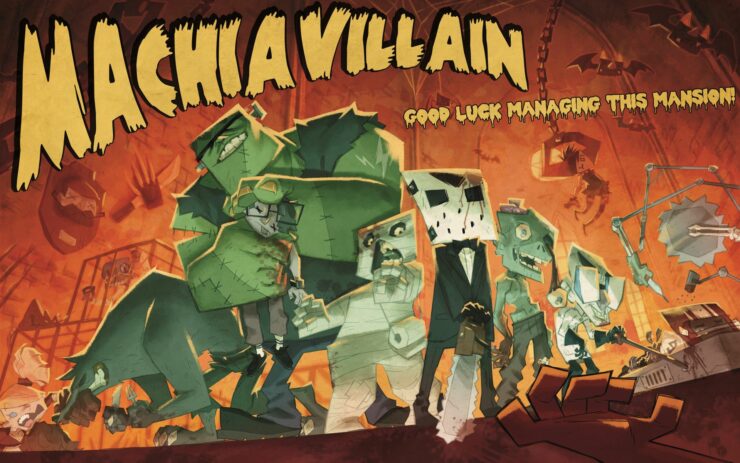 MachiaVillain has a decent amount going for it, there's little doubt there. The concept is fun and one that isn't explored enough, with the added twist of a Cabin in the Woods vibe only helping matters. Once you get into it, the gameplay is engaging, particularly building. It does turns into a bit of a slog as you advance through the ranks though. A lot is also buried beneath the large amount of micromanagement.