I've now been reviewing the Football Manager series for four consecutive years here on Wccftech. I gave 2017 8.5/10, 2018 I gave 9/10 and 2019 I gave 9.5/10. I've backed myself into a corner really, giving these slight score increases. This is a series that always refines itself and on occasion makes massive changes to certain areas. Last year I was almost certain that Football Manager 2019 was the end of the current cycle, little did I know that there were still refinements to be made. Football Manager 2020 is the child of these and again, I'm going to predict it's the end of the current cycle.

Why? Stadia and the sheer size that it's believed Stadia will bring to the game. That and just how much the game has come along in the previous four iterations. We've had a new match engine in 2017, refined in 2018. New tactical and training systems brought in during 2018 and seemingly perfected in 2019. 2020 is looking even more towards the tactics and development and more than that, it's looking to perfect the simulation of being a football manager.

Having seen the troubles managers like Pochettino or anybody who has to deal with Ed Woodward, I don't think we want a full sim where you don't get to decide on anything but your formation and match squad. Thinking of that, Roman Abramovich was pretty forceful in ensuring the players he wanted to play were on the pitch. Maybe Football Manager isn't so much a simulation of the beautiful game as it is, but of what it can be in a perfect situation when managers truly held the reigns (Ferguson at Untied, Wenger at Arsenal or Moyes & Martinez at Everton).

It's this level of control and engrossing yourself into every facet of being a football manager that Football Manager 2020 is pushing you towards. This is aided by the new features within the game, each of which are designed to enhance the simulation of the game and to ease you into every aspect of running a football club. Some of these are simply enhancements of what was already there, such as the new Development Centre acting as the overall place of business for everything youth.

From looking at the progress of your youth and reserve players out on loan, their progress in training and how your youth team is doing in their matches. Your staff in the development centre, if you're willing to delegate, will be your key to optimising the intake of youth players. They'll train them in the way they deem best and even buy, sell and hire those youths that your scouts find across the world. Essentially, the game is giving you the tools to become the new Southampton or Bayern Munich.

As always, in my push to be the best manager in the world, I've started from the very bottom. I'm back in the position of leading AFC Telford. Taking on this role is always a challenge and thanks to the massive audience around the series, there's always something in place to help me out. Football Manager 2020 has been in beta for two weeks and the invaluable work from the fans has already helped me find players to get myself started in the conference.

One thing that this year's version has really pushed for is a more long-term view of your role within the game. While we know that the life of an actual manager can be fleeting at best, being replaced quicker than the changing of the weather, this game is striving to reward those who invest years of their digital career in a club. Naturally, the focus on the development centre as mentioned before is a core element of this.

Another smaller feature is the club vision spanning multiple seasons that you will negotiate and agree to. Of course, the short term still matters, but a mediocre short term that is building into a strong third and fourth season is preferable to something liable to fall apart through overspending and the club struggling financially, putting them in a weaker position overall.

As well as the developing of youth players, this long-term approach also applies to you buying that hot prospect you really want. Squad roles still apply but you're now able to go into much more detail in contract negotiations. Signing somebody as a hot prospect now, with plans for them to be a first-team player in two years? You can make that promise. The extra control in transfers and contract negotiations brings it much closer to real life and adds to the long-term tactical elements of the game.

On the subject of tactics - a beautiful segway that, wasn't it? - managing your teams' tactics has never been easier or looked better. You'll have more assistance from your backroom staff if you happen to be picking a tactical style that simply doesn't suit your players or aren't meeting set pre-season objectives, such as controlling possession in your matches. Indeed, behind the scenes is a large focus on this version, from the increased advice from your staff on tactics and squad selection to scouting and of course the development centre. What helps most is the fact that delegation of duties more extensive and clearer than ever before, you know exactly what you're letting your staff control with the game letting you swap and change at ease.

Naturally, it's not a simple pre-season move, taking a long-ball style club like AFC Telford into playing the ball controlling tiki-taka style that I go for in every Football Manager game. Too much of a change can throw your players off, demoralising some and just putting others out of their depth. You may find some that just do their own thing, from ignoring your orders and going too rough in a match & getting booked to skipping training or even going AWOL. As with previous iterations, you can deal with these personally and simply talk to the player, giving them a verbal warning or fine as you see fit. Otherwise, a new feature within the game is a code of conduct where you set the necessary punishment for a variety of transgressions, giving increasing fines for repeated offences.

On the subject of conversations, these haven't changed much either. For the life of me, I still don't notice a massive difference between giving a passionate answer to that of a cautious one. The questions passed to you do seem to be more varied and branch off from each other more, but I still couldn't tell you if it was because of the way I answered a question compared to the actual answer I gave. So, simply put, the press talks and player talks are still fairly limited in their scope and still feel a little too easy to game if you want to do that. I stick to the simulation and answer how I would in real life. The press doesn't really like me, nor do some of my players.

What doesn't help with this is that the relationships, social groups and hierarchy systems from recent versions have returned. One aspect has been refined with the language barrier being made into more of an element. Those who speak the same language seem to get closer to each other quicker. If you hire a player and nobody else speaks their language, they're going to feel pretty left out, making the new ability to send them on intensive language courses invaluable.

"Never looked better" are three words I just used to describe managing your teams' tactics. Particularly I can't help but really like how crisp and clean the UI of Football Manager 2020 is. Very much in keeping with the changes made last year, small refinements have been made, making anything easy to find and understandable. The mass of numbers, graphs, tables and more have never truly looked pretty or approachable, but this - as with last year - has made it as nice as I think it possibly could, with inductions, tooltips and little help notes ensuring nothing is obfuscated.

One other area that has never looked better and frankly never played better is the match engine. Models for players and the audience have been improved, as have the stadia and pitch. It's never going to look as good as FIFA, nor could you really expect it to, but this is still the best the series has ever looked. It's even more impressive that the finer details have been brought in, such as weather impacting the pitch like faded grass on a hot summers day to visible lines being made as a player slides on a wet pitch.

Other improvements to the match engine have been made. Particularly this includes the AI, where players are closer to reality than ever before. For attacking players, the game was always pretty good at simulating them. It was in defence and particularly the goalkeepers that needed serious improvement. Defenders are better than ever before, positioning themselves better and linking up with other players more efficiently. Goalkeepers seem to be able to stop shots as well. As always, the game does have moments where you need to suspend disbelief, but these are happening less and less.

So, a little over fifteen hundred words in, the question always remains the same: is this worth buying? Annualised versions of games should always have that something that separates them from the previous one, something that makes them worth the price of entry. Football Manager has more of a focus on the long-term than ever before, with a much-improved match engine and it's genuinely the easiest of the series to get into, without compromising the complexity the game brings. Simply put, Sports Interactive have outdone themselves yet again, releasing what is quite simply the best game in the series. 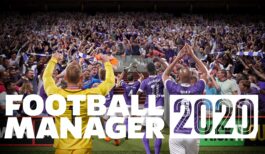 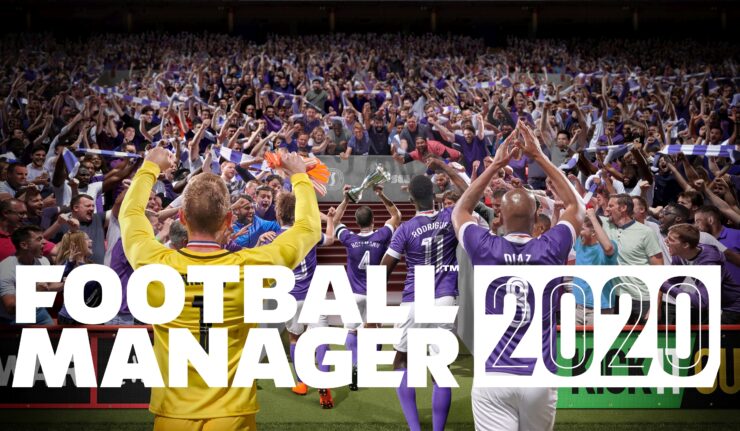 Football Manager 2020 is the purest, most engrossing and also the most accessible football management game yet and marks yet another high point for the series. From improved accessibility and usability to improved AI and long-term gameplay functions in new features like the development centre & club vision, this is a game that takes a longer more realistic look at the beautiful game than any before it. Slight issues still prevail, but this is the closest to perfect the series has ever been.