The Old West is a setting that is just perfect for video games. A wide, wild world to explore, shootouts lurking behind every corner, dangerous beasts to take down, banks to rob, trains to assault, and so on. However, we have also seen an influx of games that attempt and, in most cases, succeed at combining the traditional Old West setting with supernatural elements. In this regard, Hard West 2 from Ice Code Games delivers a compelling experience. The setting is supported by a solid tactical RPG experience that may not be among the best, the most innovative, or the deepest but is undoubtedly quite enjoyable.

Hard West 2 stars Gin Carter, a famous outlaw with quite a dangerous reputation, always looking for the next big hit. At some point in his life, the outlaw learns of an infamous Ghost Train that is said to be loaded with gold. Assembling his posse, which includes the fastest gun in the West Clive Colt, the witch Flynn and the former member of the Shadow Dance tribe Laughing Deer, Gin Carter assaults the train only to find out that all the stories were true and the train is operated by a real demon called Mammon. To save the lives of his posse members and his own, Gin accepts to play a game of cards with the demon, their souls at stake. Both players cheat, but the demon has the upper hand, taking their souls at the end of this fated game of cards. Left with no option but to go after the Ghost Train, Gin and his posse will travel all over the frontier to prepare for their next confrontation with evil incarnate.

While the story of Hard West 2 isn't particularly inspired, as we have seen its main themes in many other titles, it is enjoyable enough. In their journey all over the frontier, Gin and his companions will meet a lot of different characters, and their interactions provide decent development for both characters and the world as a whole. Sadly, most of the cast is quite stereotypical in its characterization and doesn't develop much beyond the Old West trope they represent. However, they still manage to be entertaining, thanks to the optional camp dialogue sequences where it is possible to learn more about them and deepen their relationship with Gin.

While fairly interesting, Hard West 2's story may not be reason enough for some to play the game. Thankfully, it does deliver more when it comes to gameplay, although players shouldn't expect to find more than a solid but not particularly deep experience.

Hard West 2 is as straightforward as a tactical, turn-based game can get. In battle, player and AI take turns moving units on intricately designed battlefields featuring plenty of interactable objects that can be used to create new covers or to ricochet shots, unleashing attacks with their equipped weapons, using skills and items, and end the turn behind cover to avoid getting damaged by the enemy. The game employs an AP system that grants quite a bit of flexibility, as units can move and act in any order as long as they have AP left, making it possible, for example, for melee weapons users to attack enemies and move back to safety.

The Bravado system is what sets Hard West 2 apart from most tactical turn-based games. This system fully restores the AP of any playable unit that deals the killing blow, allowing them to act again. Bravado can be initiated multiple times per turn, making it possible for any unit to act repeatedly, almost turning every battle into a puzzle of sorts that forces players to think about how to take advantage of this mechanic to even the odds, which are always stacked against the players due to the high number of enemies on each map. The Bravado system also improves battle pace quite a bit, which is always welcome for typically slow games like turn-based games.

While the Bravado system is a welcome addition, it brings some issues that impact the tactical challenges the game offers. Given how players are always outnumbered, they are pretty much forced to take advantage of the system, and there are times when it feels like cheating when used in combination with specific skills and passive abilities. Laughing Deer, a melee weapons expert, can use his unique skill to deal additional damage depending on the distance traveled on the battlefield, which almost always results in a kill. A kill is a Bravado activation, which can be repeated multiple times, so Laughing Deer can take down multiple enemies in a single turn if the player supports him properly. If customized right, Laughing Deer can also activate a passive ability that increases his critical hit chance by 1% permanently until the end of the battle every kill, resulting in almost guaranteed critical hits after a while. Until I discovered this strategy, I had quite a few issues winning battles at the regular difficulty setting, so Hard West 2 clearly pushes players towards certain playstyles.

Hard West 2 doesn't seem to grant much freedom even regarding character customization. The Haunt Card system allows players to increase any character's stats and unlock abilities in a skill tree if Poker hands are put together. Still, actual customization is very limited due to the skill trees themselves, which dictate what a character is good at, with no way to change it. Laughing Deer uses melee weapons best, while Gin Carter is a master with guns, and using other weapon types will only result in a weak character that cannot reach their full potential. A far cry from other modern tactical turn-based games like Wasteland 3, which lets players customize their characters freely with no limitations.

Outside of improving characters' stats, the RPG mechanics of Hard West 2 are found during exploration and character interactions. While traveling all over the big open-world map, Gin and his posse can explore various locations and points of interest, such as caverns, villages, and towns, in classic RPG fashion. Depending on the relationship level achieved with the different party members and the items in possession of the posse, different options will be available, some of them leading to different outcomes and rewards. The huge map, and the fact that it can be explored freely, for the most part, is a huge plus that makes the game feel a lot less linear. All optional quests not featuring any sort of combat also encourages players to explore between battles to gather additional resources or Haunt Cards or secret weapons that can make future battles more manageable. As said before, Gin and his posse are always outnumbered, so anything will help. Additional resources can be obtained by clearing optional objectives in battle, contributing to making the game feel more open-ended, even in combat.

When it comes to visuals, Hard West 2 is far from the best-looking game on PC, but its graphics do get the job done nicely. The hand-drawn cutscenes that mark the most important story beats are well done and would look great in a comic book, while locations and character models are decently designed and detailed. With visuals being far from demanding, it is no surprise that Hard West 2 will run well on a modern gaming PC, as I had no trouble running it at 4K resolution, 120 FPS on my machine (i7-10700 CPU, RTX 3070, 16 GB RAM). Hard West 2 also offers a decent selection of graphics settings, including ambient occlusion, texture and shadow quality, temporal anti-aliasing, screen space multiple scattering, and others, so with a bit of tweaking, it is possible to run the game decently without a considerable impact on visuals. The game is also relatively bug-free, as I have only experienced some minor ones that did not break or block progression.

Despite its flaws, Hard West 2 stayed fun for the around 20 hours it took to complete, mostly thanks to the brisk pace of battles and the greatly designed maps and combat scenarios. The game may be a little unbalanced and lack the depth of full-on tactical role-playing games, but those looking for a solid turn-based game that does well what it sets out to do would do well in giving the game a look. Beware of the ghost train, though: one look in the conductor's eyes, and you may find yourself gambling for your soul. 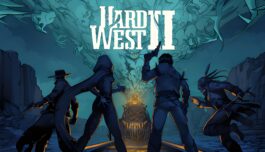 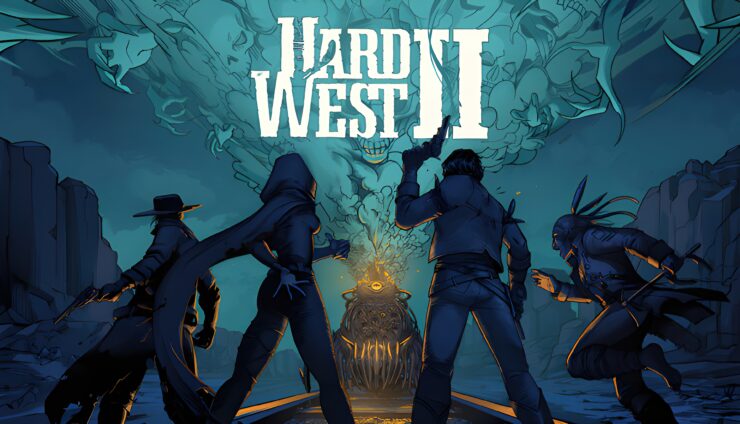 With its interesting setting that combines the Old West with supernatural and occult elements and solid tactical turn-based combat with excellent pacing, Hard West 2 is a worthy purchase for fans of the genre. However, balancing issues, limited character customization, which force players to play in specific ways, and a general streamlining of the tactical combat experience make the game more shallow than expected, inevitably turning off some veterans of the genre.