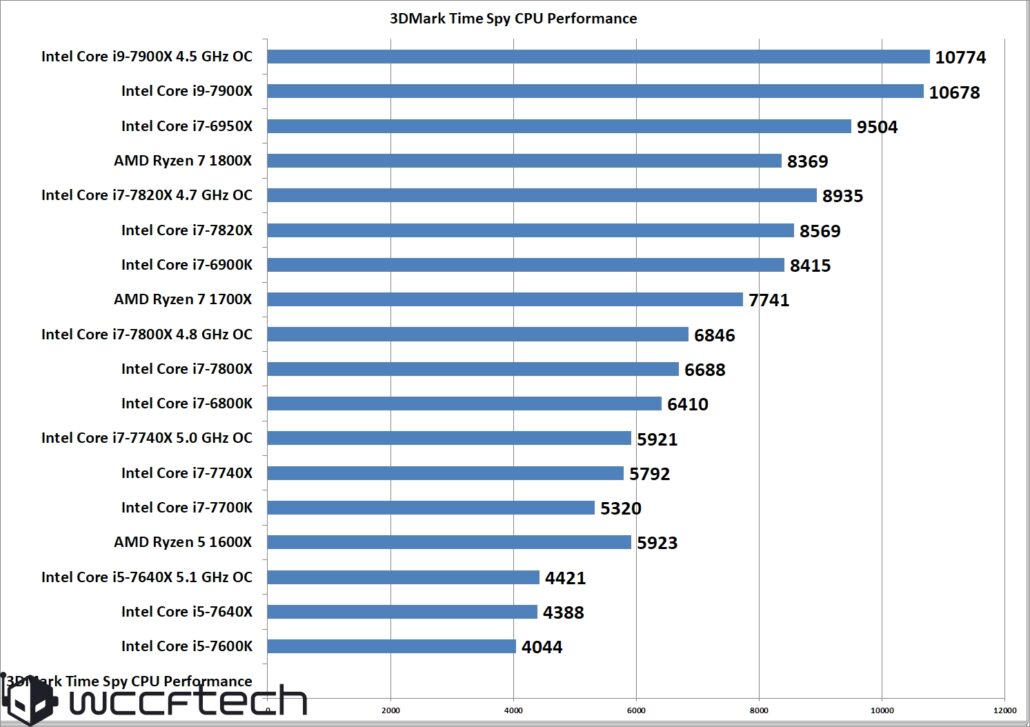 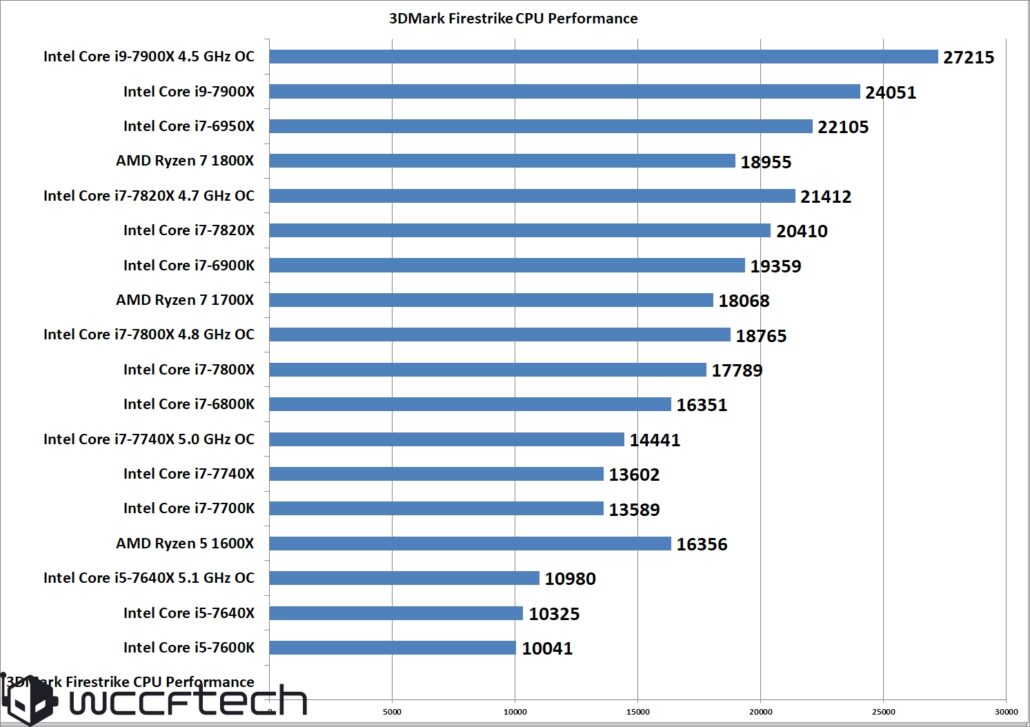 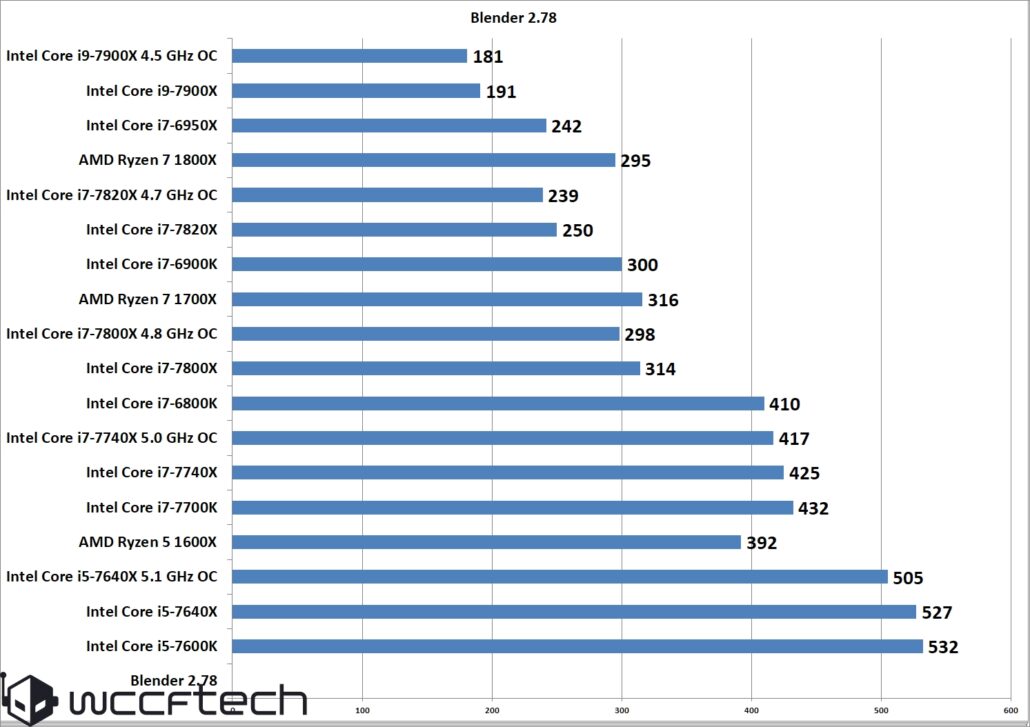 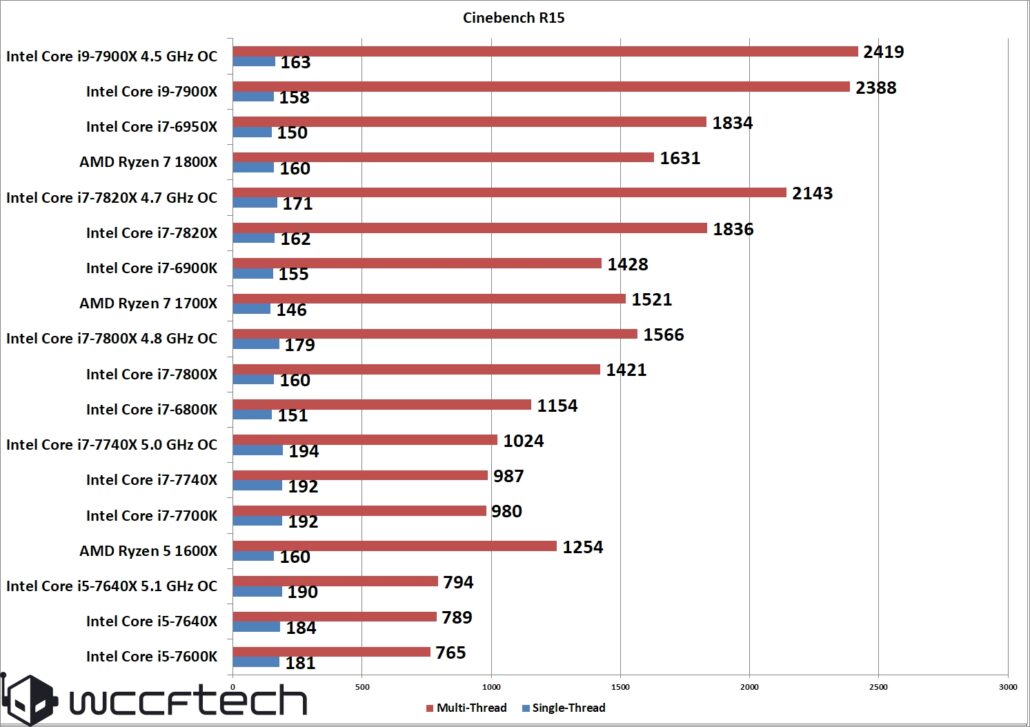 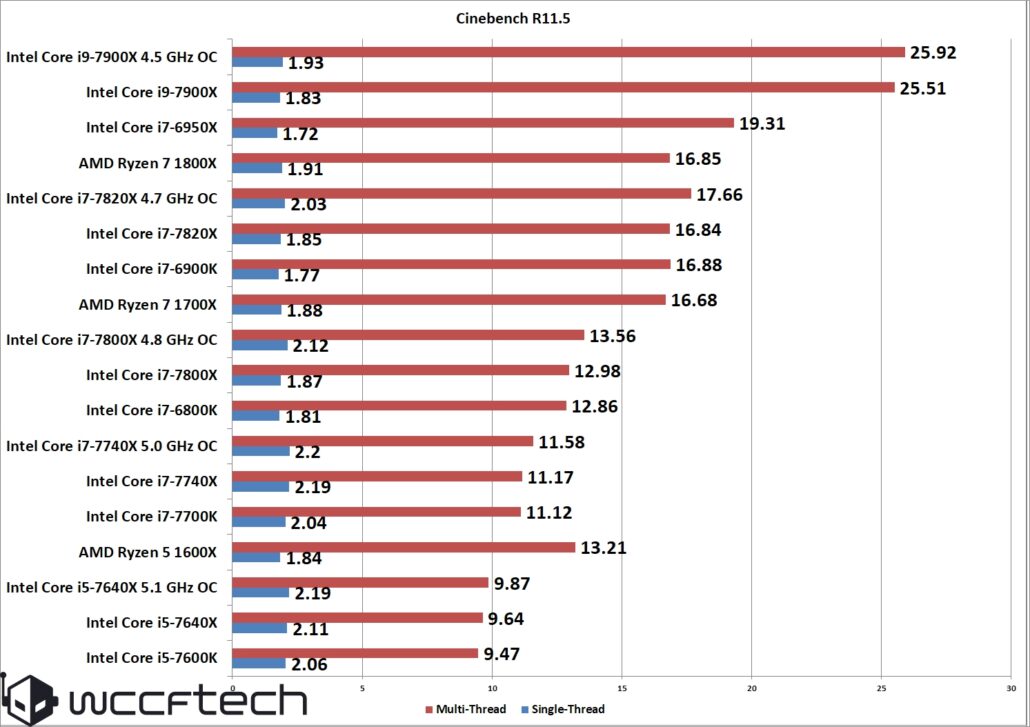 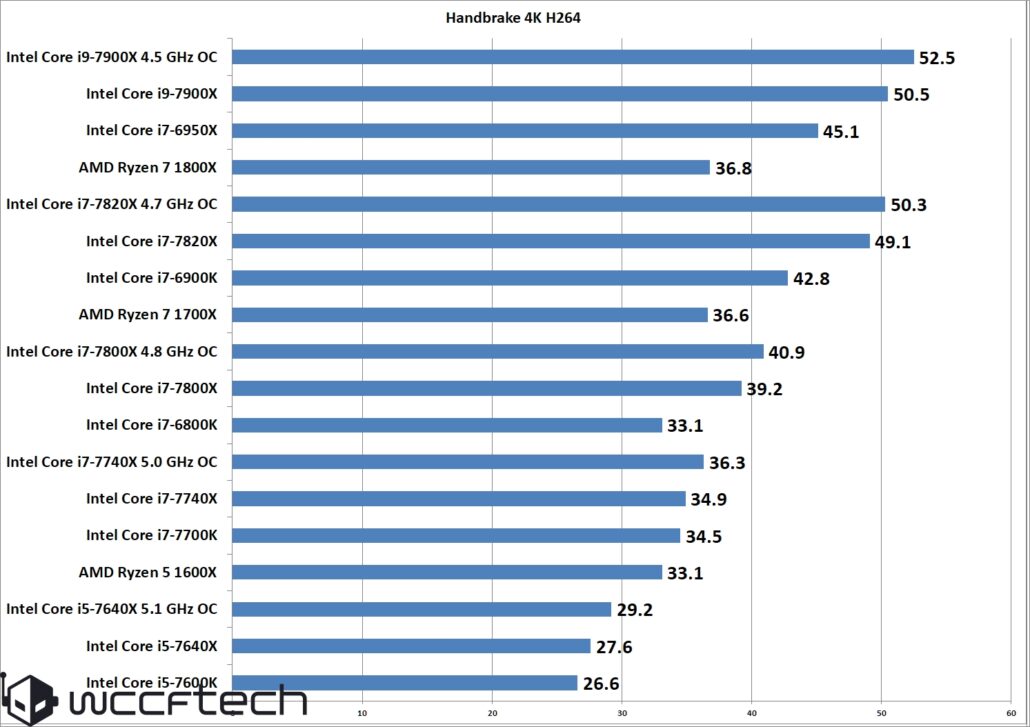 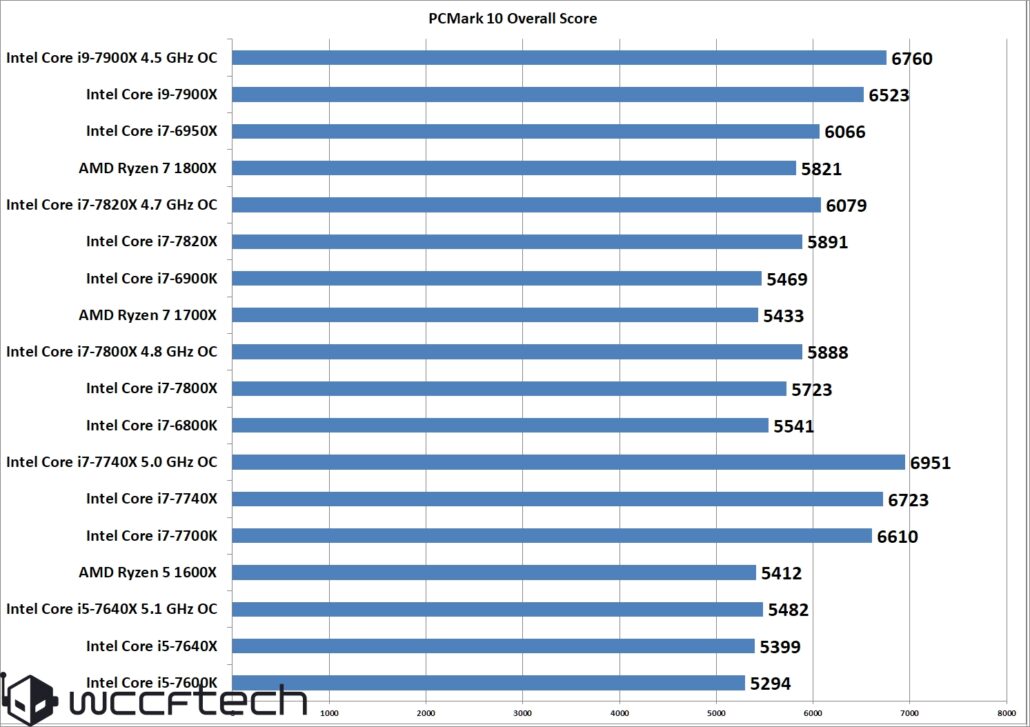 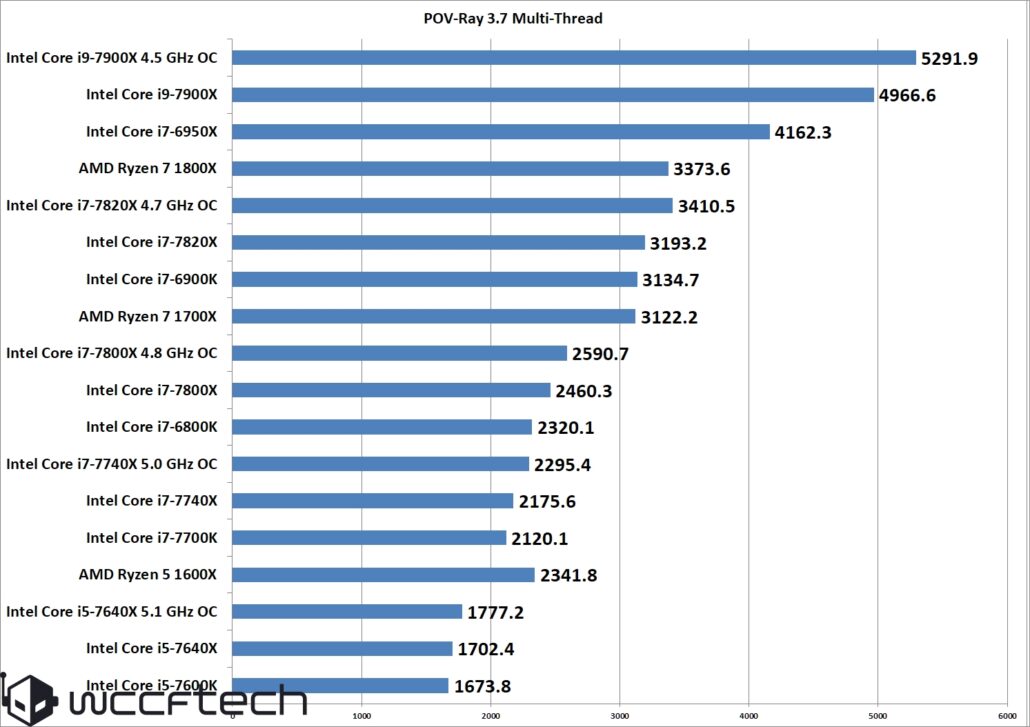 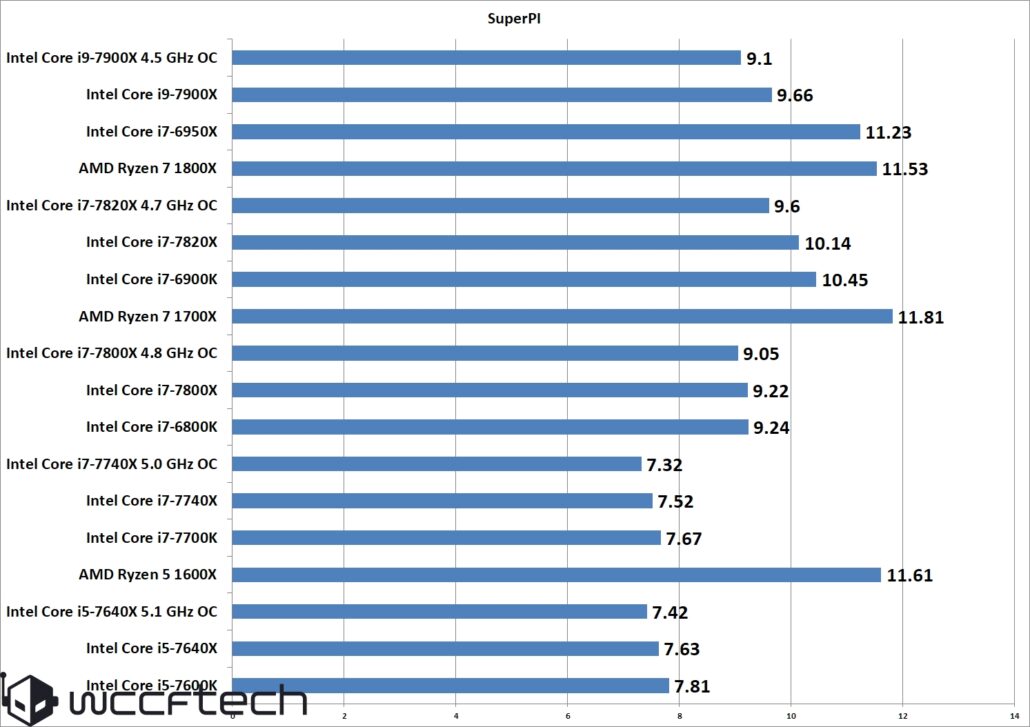 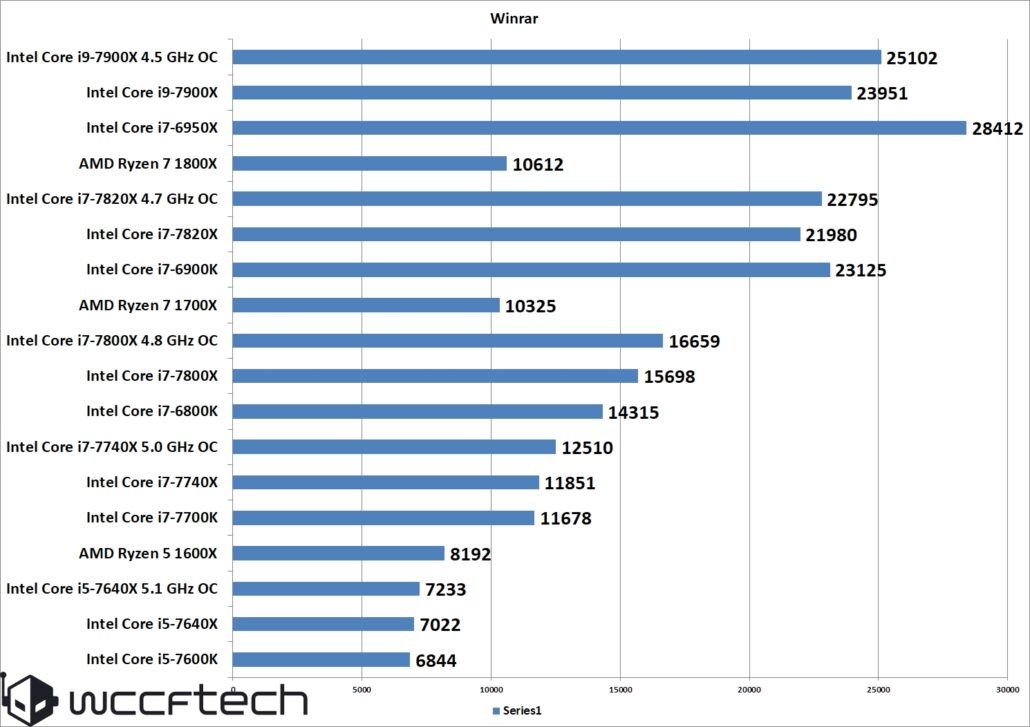 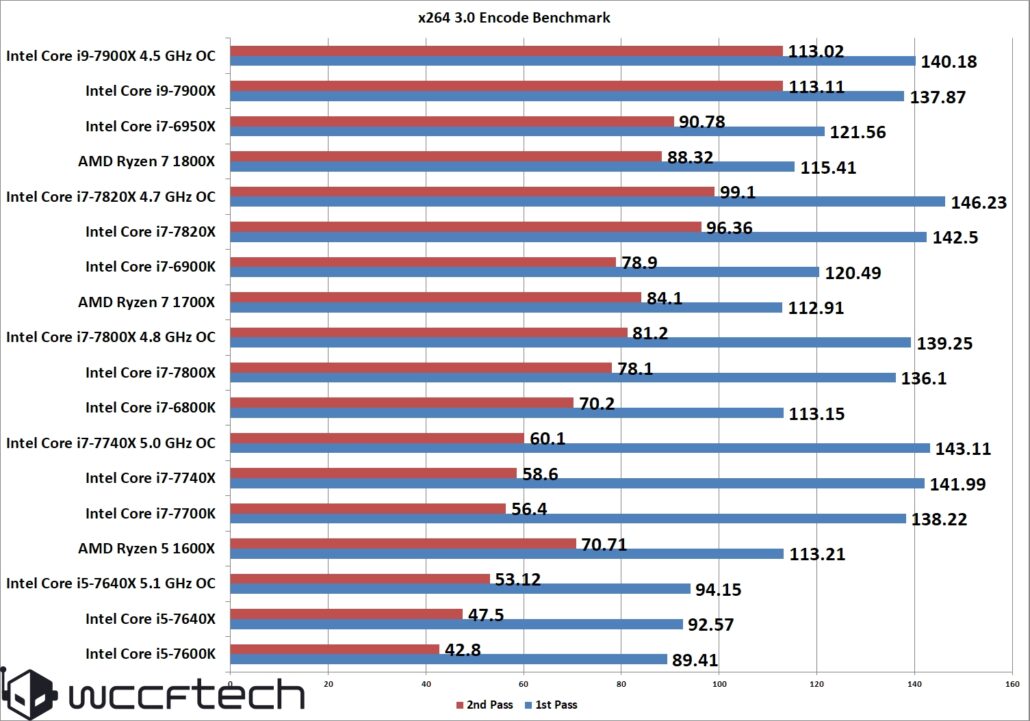 I also tested the various chips of the same tier at adjusted clock speeds to note down any IPC improvements. It looks like that Core-X maintains the same IPC as Skylake and Kaby Lake main stream processors with only minor improvements that come from more stabilized clocks. The clock speeds used are listed as: