There's a good list of accessories included in the ASRock X299 Taichi package. These range from physical to software support disks. 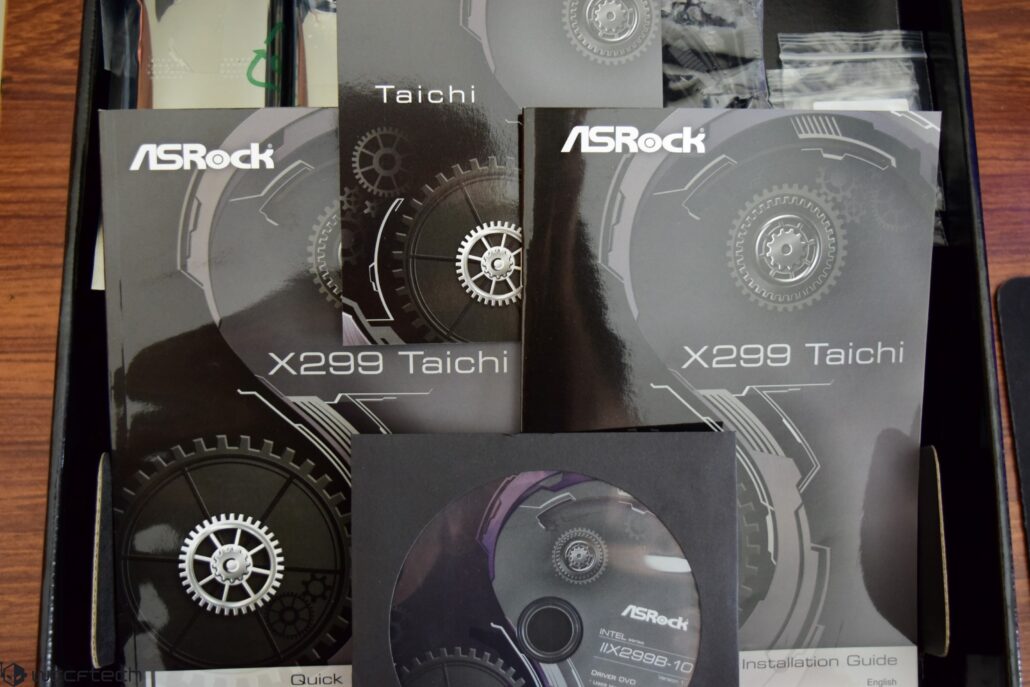 First up, we have the Quick Installation guide, support CD and a ASRock X299 Taichi branded post card. There's a separate manual for English and other languages included in the package. 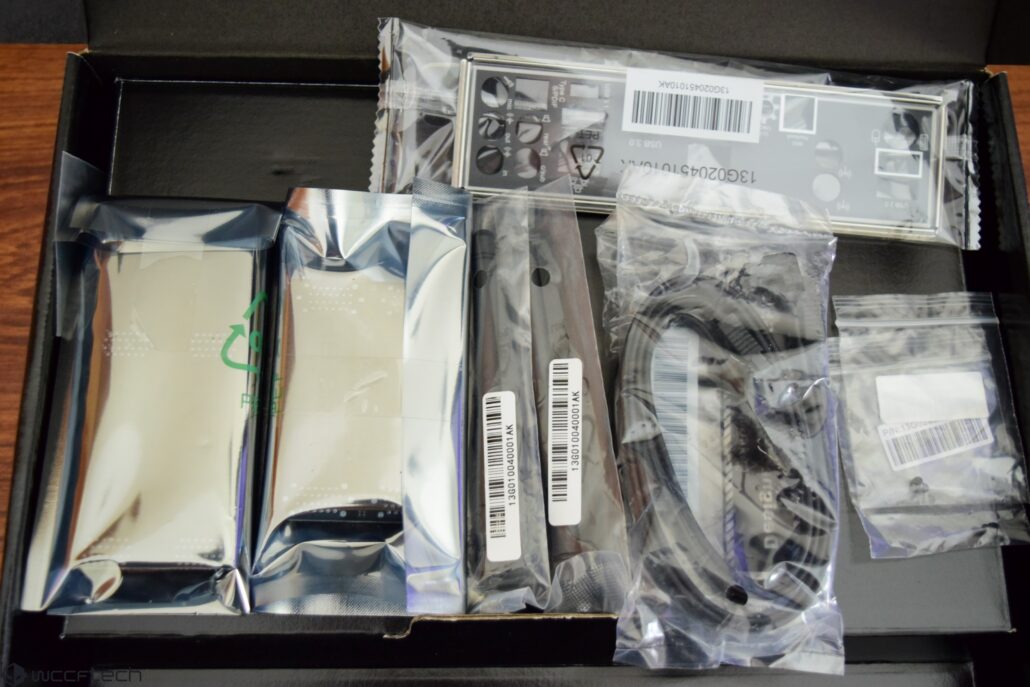