The Core-X series processors don't only consume higher power, they also release huge amounts of heat. It's well know that Intel is using a TIM based solution between the IHS and die rather than a proper soldered solution like AMD uses on Ryzen. Intel used proper soldered designs on their last generation HEDT processors but they have done away with it. This will lead to improper dissipation of heat resulting in higher temperatures. I had to use the highest end liquid cooling solution for proper testing. Even a triple fan Cryorig R1 Ultimate air cooler wasn't able to cool these beasts down so I had to put the Corsair H115i over these bad boys. Results can be seen below: 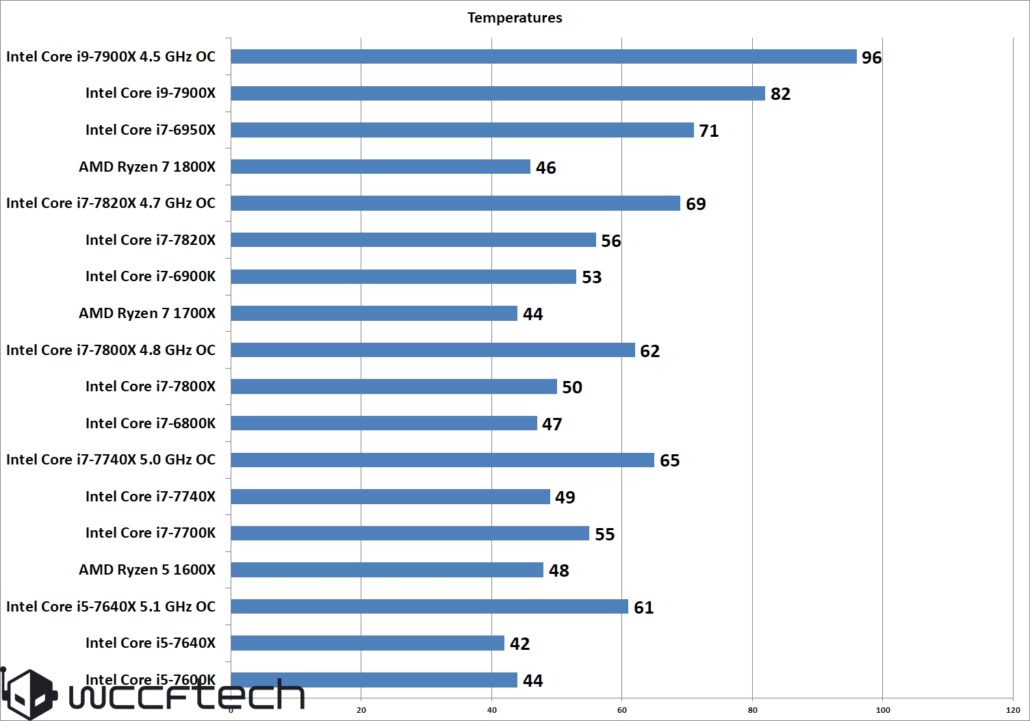