The ASRock X299 Taichi motherboard comes inside a hefty, rectangular shaped package. This package is very heavy compared to some normal motherboards but it shows that ASRock has packed a lot of goodies aside from the board inside the box. 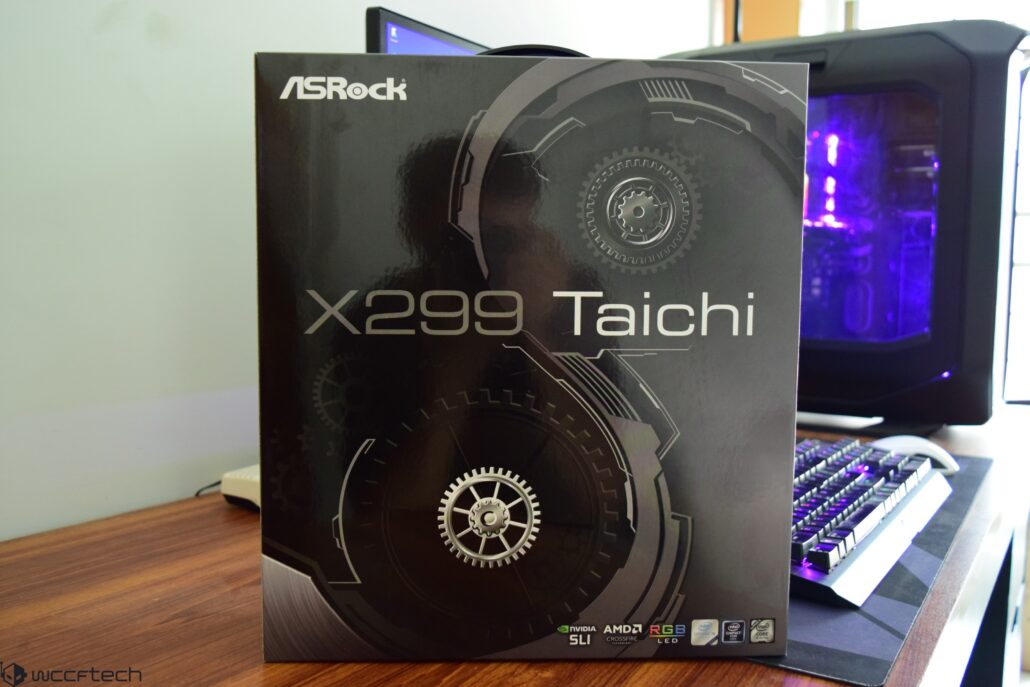 The Front has various marketing material. The board name is listed boldly on the front along with the company title "ASRock". There are other marketing logos that include Intel X299 Inside, Intel Core-X series, NVIDIA SLI, AMD Crossfire, RGB LED and Intel Optane Memory support. The whole box has a mechanical gear theme that reflects the symbol of Taichi. 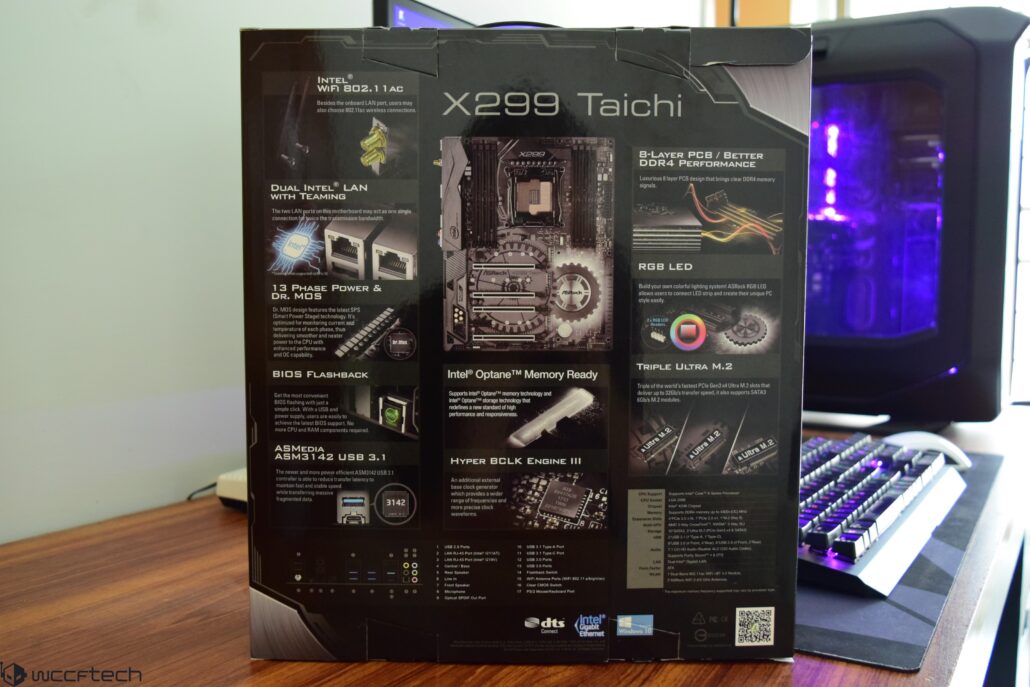 The back of the box contains all the marketing details along with product specifications. Most of the marketing tags have already been detailed by us in the “Features” section above. As can be seen, this board is loaded in features. 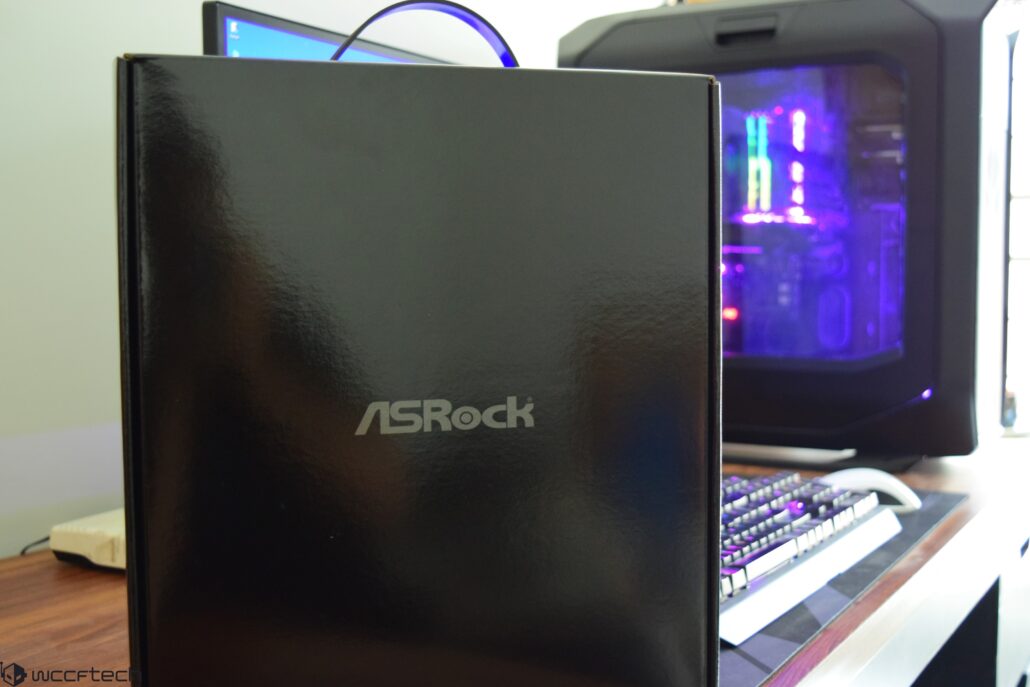 Don't let the lower cost get the better of you as this motherboard packs some insane amount of features. Some important highlights include Dual Intel LAN, 13 Phase Power and DR.MOS, Hyper BCLK ENGINE II, Triple Ultra M.2 and RGB LED. 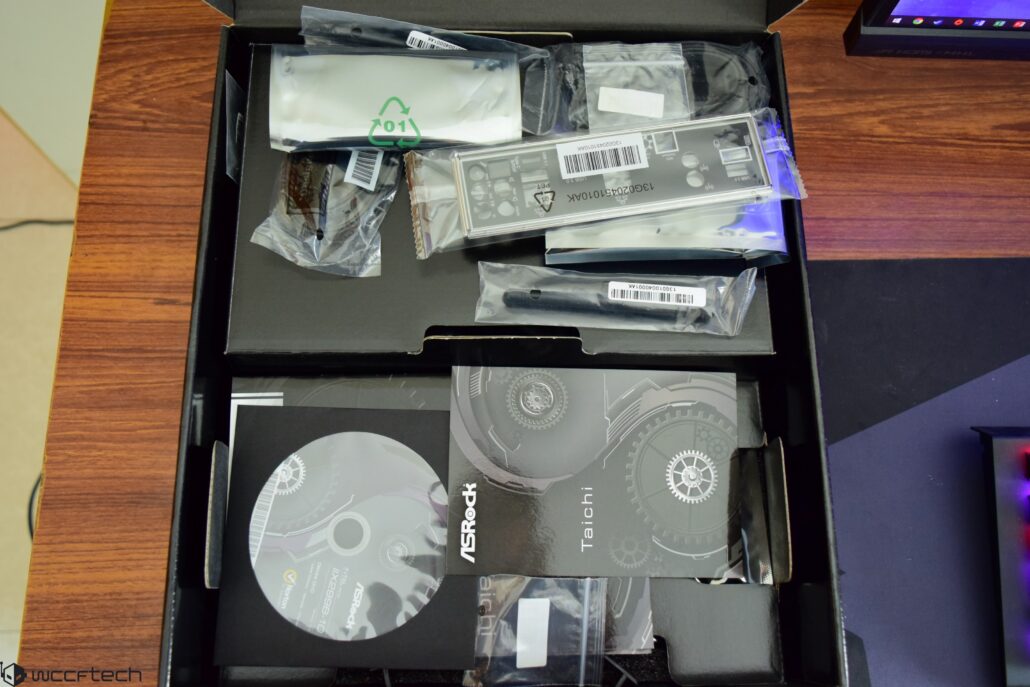 The motherboard is housed in a separate compartment within the box. You can note that the Anti static shielding is covering the motherboard to protect it from electrical and static shocks during shipping. 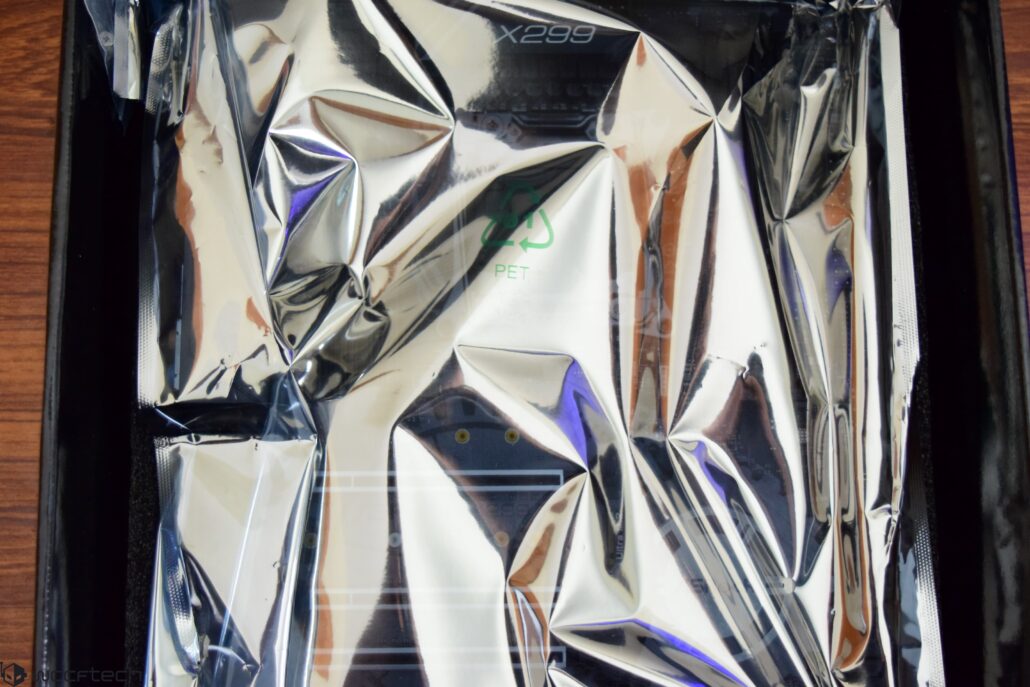 Out of the box, the motherboard has a very unique design and layout. The motherboard sticks to the ATX form factor regardless of all the features and additions that ASRock has made to their high end X299 product. The motherboard comes with a lot of goodies that we are going to talk about but first, let's take a look at the accessories that are included inside the package. 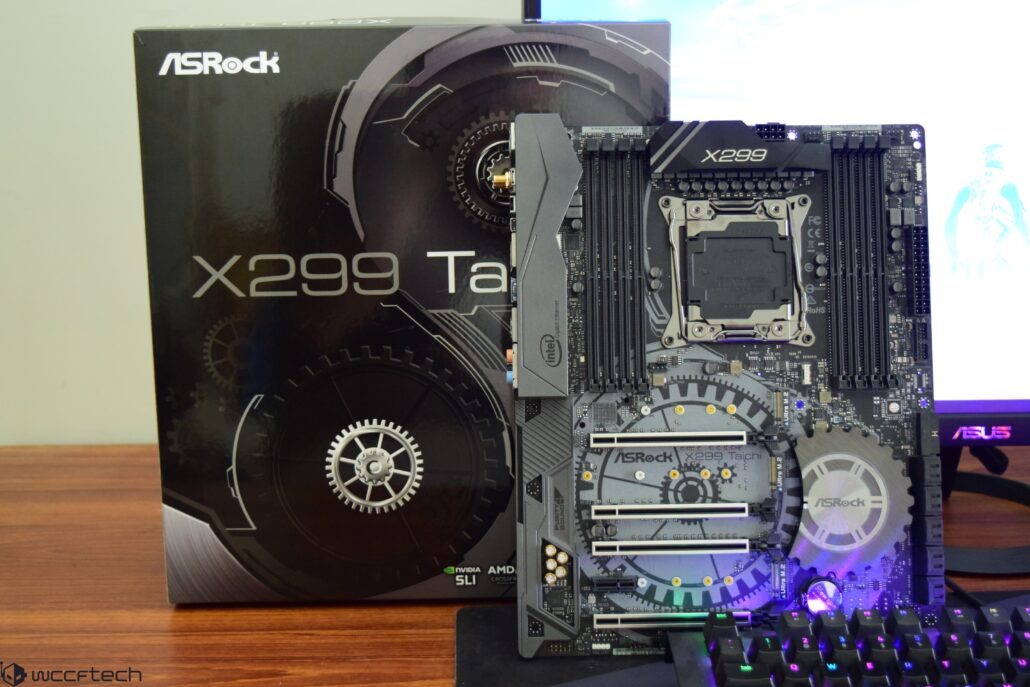