All Intel Core-X "Skylake-X" chips are rated at 140W while the Core-X "Kaby Lake-X" chips are rated at 112W. While one can conclude that the Skylake-X chips have higher TDPs due to their HEDT aim, the Kaby Lake-X chips have the same die structure as the mainstream parts with only a 100 MHz clock increment. Yet this results in a TDP increase from 91W to 112W which is a big difference and something to worry about. Intel states that the higher TDP not only compensates for higher stock frequencies, but should also provide stable overclocking performance. The latter was true in our testing but we saw higher figures when we ran overclocking. Regardless, you can see the entire system power consumption numbers in the chart below: 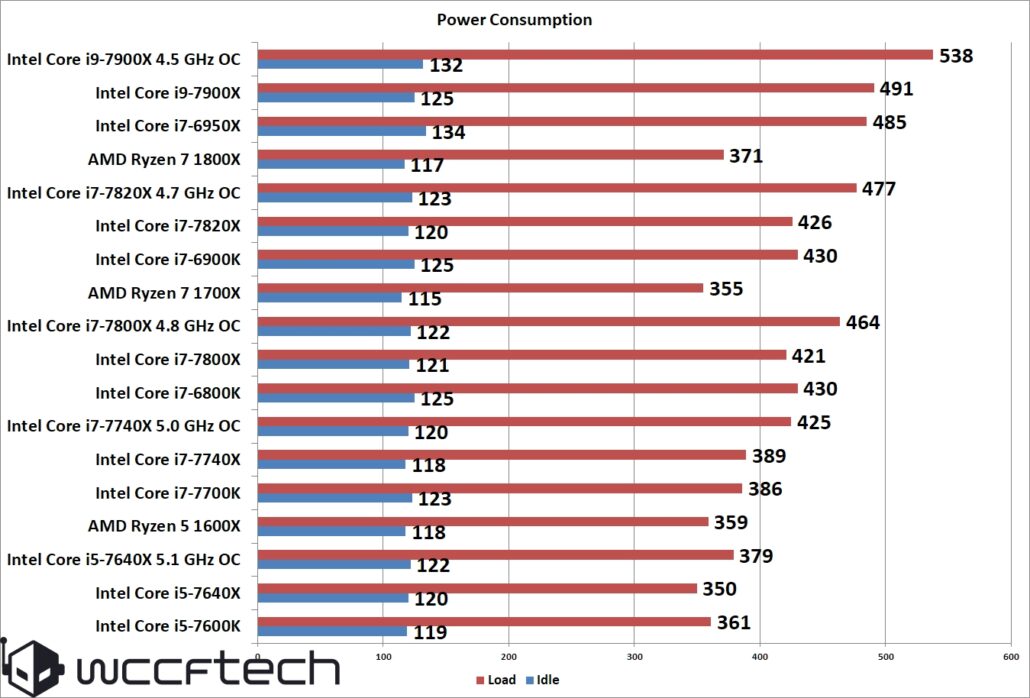