There are two parts of this review, first one is the processor and the second is the motherboard. First, I will talk about the processors which are the main topic of today's launch and then focus on the motherboard that ASRock provided for our review.

Intel's Coffee Lake family arrives in the Intel Core family at a really tough time. It's arrival comes when AMD is back in the battlefield on all fronts. They have positioned Ryzen at the mainstream and Threadripper at the HEDT market and both are doing really well, offering great performance at very disruptive price points. So did Coffee Lake turned out to be a great CPU launch from Intel?

First of all, every Coffee Lake CPU we tested today had 6 cores. That's something very significant coming from Intel. It's their first mainstream core count bump in many years and it was very much needed for the company to remain competitive in an era when multi-tasking is booming. The rise of content creation, game streaming and broadcasting and development on even maninstream PCs has raised the demand of more cores on processors. That's where Ryzen did well but Intel is known for their IPC prowess and with Coffee Lake, they have further tuned their processors, now with two extra cores on the Core i7 and Core i5 series.

In general, this is an excellent thing from Intel. It may not be as many as 8 cores as Ryzen offers but Intel isn't breaking the $400 US barrier. Under $400 US, they are offering the fastest 6 core solution which sometimes even tackles the likes of Ryzen 7 1700, an 8 core chip. The thing is, Intel always had an edge in terms of their core design. They had faster cores and that's where applications such as games, matter a lot to mainstream users. Taking the advantage of their faster cores, Intel beefed up their mainstream design to offer even more cores. The result is a phenomenal increase in multi tasking capabilities while keeping the advantage in single threaded applications.

The Intel Core i7-8700K can be seen right now as the fastest gaming chip on the market. It's fast and overclocks like crazy. Unlike the Core i7-7700K, you won't face bottlenecks such as stutter or frame rate loss while streaming your games to a wider audience thanks to the two additional cores. Best of all, those two extra cores come at around the same price as the 7700K which is a deal breaker. 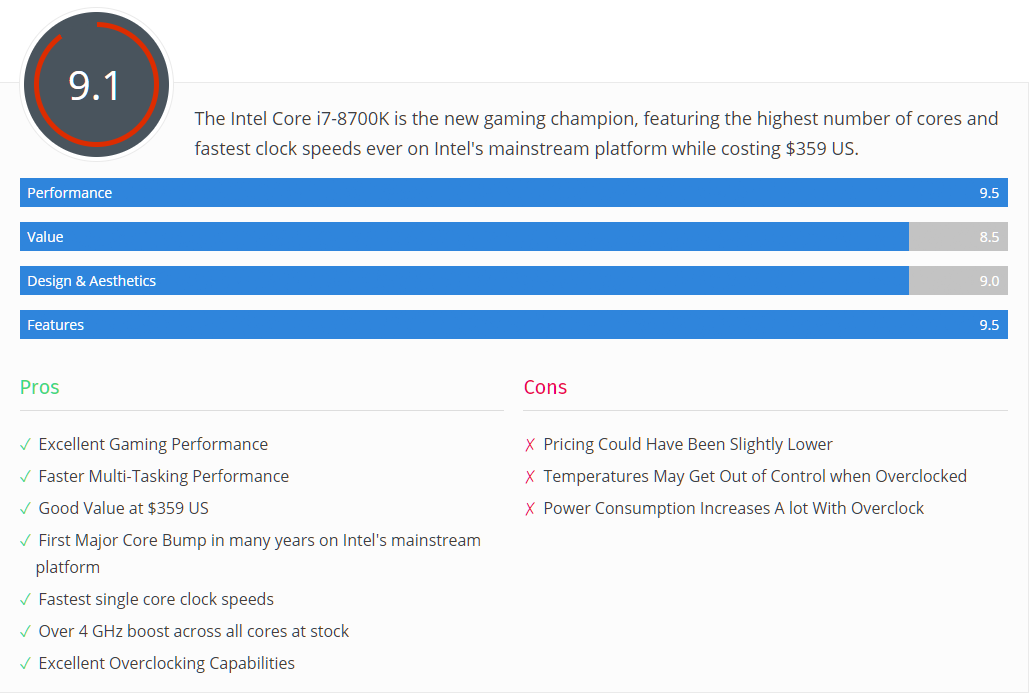 The Intel Core i5-8600K can be seen as the more budget oriented overclocking chip. It retains the 6 cores with an unlocked design and while it lacks multi-threading, the higher boost speeds assure that you don't loose much in terms of performance when compared to the 8700K. The chip is also better than the 7700K, costing more than $100 US lesser than the previous flagship. 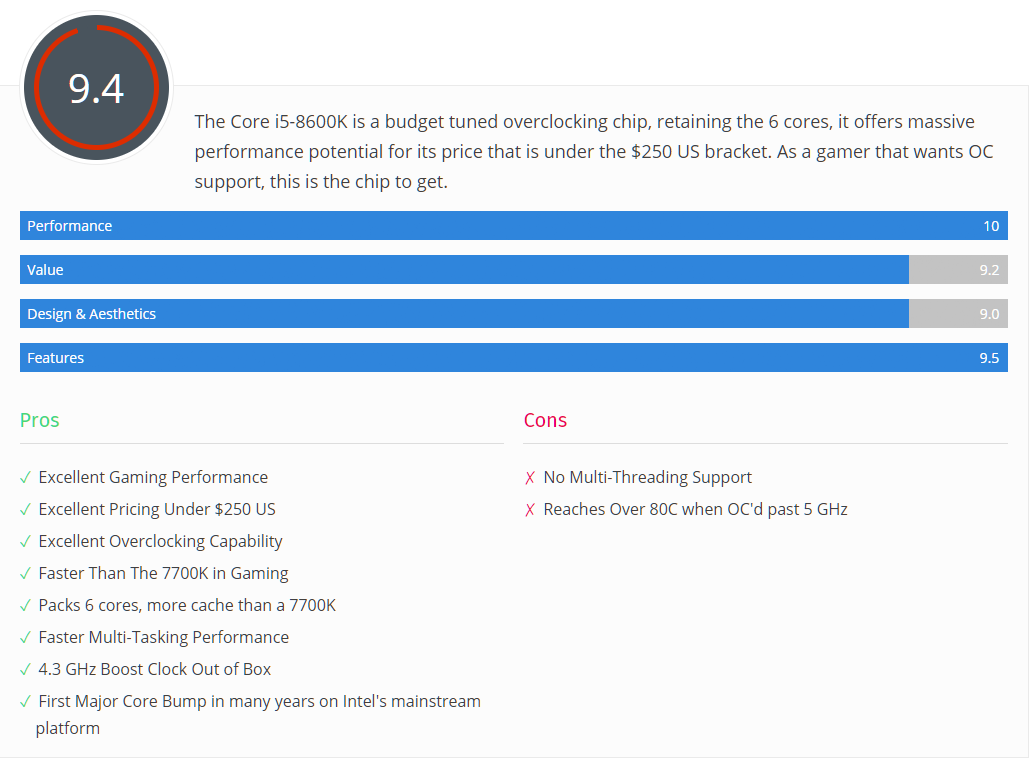 But the winner today in my review is the Core i5-8400. This chip, for under $200 US is a deal breaker. It has 6 cores, can boost up to 4 GHz and delivers amazing price to performance for the price point. The chip has great gaming performance and having 6 cores at hand means that you can still be able to do all the multi-tasking you want without any issues. 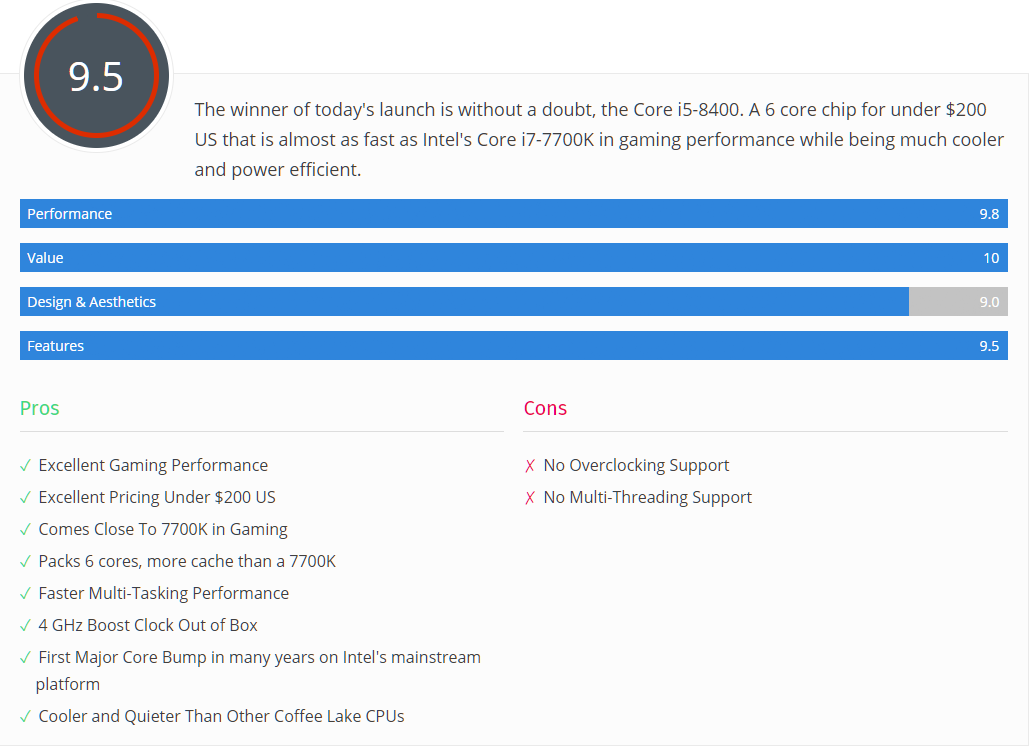 Farewell 100-Series and 200-Series, 300-Series is Here and ASRock's Z370 Professional Gaming i7 Is One Solid Contender For High-End Mainstream Users

Finally, we arrive at the part that covers the motherboard. As mentioned before, ASRock was kind enough to send us their high-end Z370 Professional Gaming i7 motherboard for this review. And I must say, the Gaming i7 is one hell of a professional and solid motherboard. Strictly speaking, this motherboard is designed for heavy users. Things such as triple M.2, 10 Gigabit Ethernet, Dual LAN ports, a solid VRM delivery system and the use of proper heatsink solutions with fin and heatpipe designs are proof that ASRock designed this board for high-end users.

Of course, the gaming audience will find this motherboard suitable for them for several tasks too. Having fast LAN capabilities at hand along with wireless connectivity ensures uninterrupted access to the internet. These are essential for network users and the motherboard offers a lot in terms of hardware support too. Aside from just 8th gen CPU support, we are looking at fast DDR4 memory support with speeds of up to 4333 MHz (O.C)+, a total of eight SATA ports in addition to triple M.2 drives so you are being assured a handful of storage options. There's a powerful 12 phase power delivery system that delivers clean and filtered power to your CPU for overclocking. We did reach up to 5.2 GHz on our Coffee Lake sample so one thing is for sure, the motherboard had a hand in it.

ASRock proves with the Z370 Professional Gaming i7 motherboard that their FATAL1TY lineup is designed not only for gamers but also for heavy professional uses who want a board with no comprises on features and connectivity options. This is one powerful motherboard for builders who are going to purchase the 8th Generation Coffee Lake CPU.

ASRock proves with the Z370 Professional Gaming i7 motherboard that their FATAL1TY lineup is designed not only for gamers but also for heavy professional uses who want a board with no comprises on features and connectivity options.