ASUS sent us their latest Z170 Pro Gaming motherboard to test the Core i7-6700K processor. The motherboard features the latest LGA 1151 socket that supports Intel's 6th generation Skylake processors and comes with the Z170 chipset that offers new features and enhancements over previous generation motherboards. The product comes with a range of new utilities and design updates that allow better stability, overclocking support which has been detailed below.

The Intel LGA 1151 is the latest socket that features support for 6th generation Skylake processors. As denoted by its name, the LGA 1151 has a total of 1151 contact pins compared to 1150 on the LGA 1150 socket indicating that the new socket cannot support older generation processors. 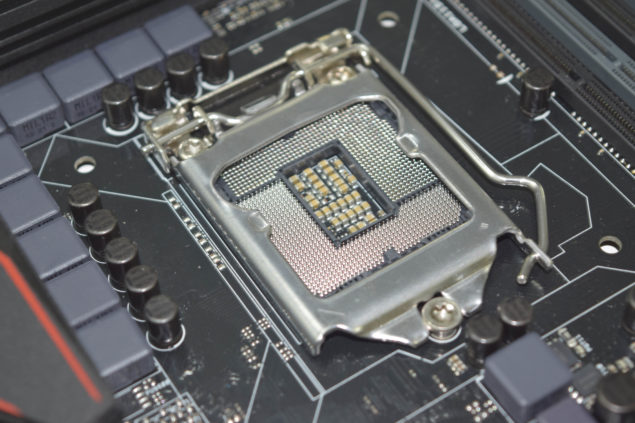 The LGA 1151 socket is featured on the 100-Series chipset motherboards and will extend support to new CPUs which include Kaby Lake, which is the codename for Intel’s next generation 14nm processor that is planned for launch in 2016 for desktop PCs. Currently there are only two processors available on the 1151 socket, the Core i7-6700K and Core i5-6600K but a total of 18 mainstream Skylake-S processors are headed their way for launch in October 2015.

While Haswell processors ship with their own boxed coolers and cooler makers providing retention brackets for LGA 1150 compatibility, it should be noted that Intel has stopped offering boxed coolers with Skylake processor generation and users have to look forward to retail coolers. Intel does offer a separate boxed cooler but it will be a much better choice to get an AIB cooling solution since those offer better cooling performance. Older CPU coolers will remain compatible with the new socket and some manufacturers are provided updated retention brackets for the 1151 socket boards.

Intel’s Skylake processors are compatible with the 100-Series “Lynx Point” chipset fused on the LGA 1150 socketed motherboards. There are different tiers of the chips on the Skylake platform which include Z170, H170 and B150. The Z170 chipset has been officially launched since over a month now while the H170 and B150 are marking their rounds in the market. The motherboard we would be testing today is based on the Z170 PCH. The following chart mentions key differences between both platform control hubs: 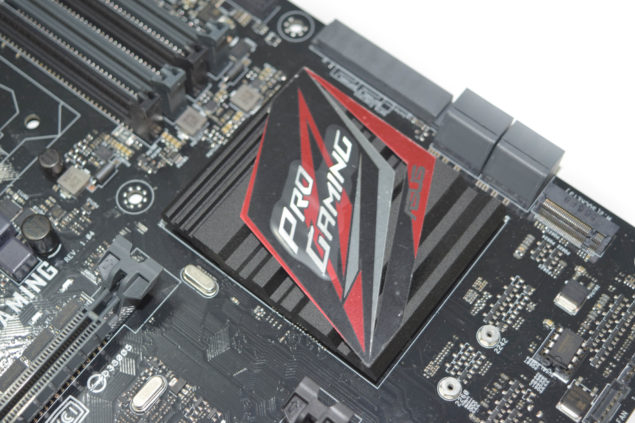 The Z170 Pro Gaming, as the name suggests, is a gaming motherboard that’s part of the legacy lineup. The motherboard comes in the standard packaging that includes a code for World of Warships inside the package. The motherboard has all sorts of labels on the front and back to highlight some of the features. 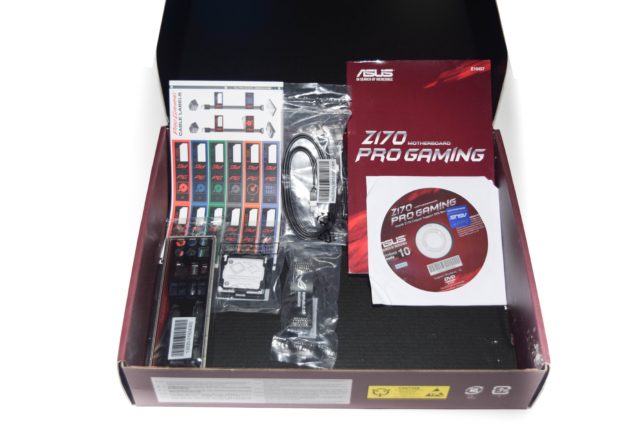 Out of the box, we can see that the ASUS Z170 PRO Gaming is one of the several Gaming motherboards that adopts a black and red color scheme. The motherboard comes with a full black PCB which is a good thing and has the normal ATX form factor which can be equipped with ease in almost any mid to full tower chassis. 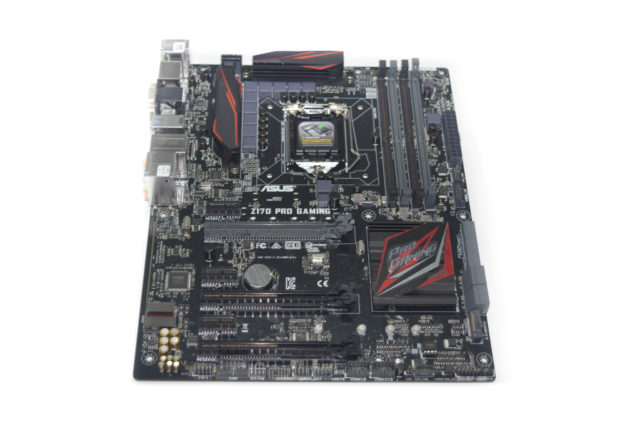 The motherboard comes with ASUS's DIGI+ design with DIGI+ VRM featuring high-quality components that include superior chokes and black durable capacitors featured across a 10 Phase PWM. 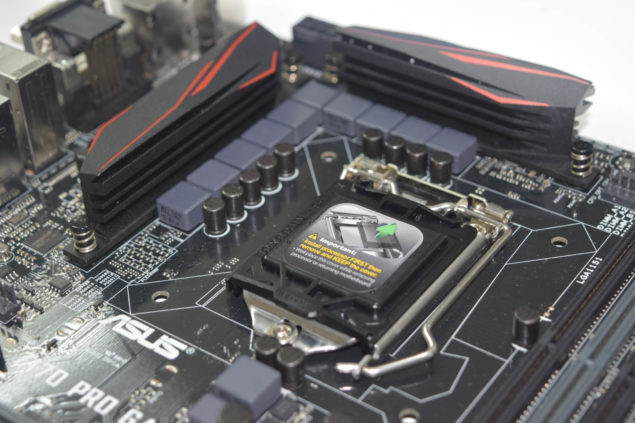 There's a single 8-Pin connector that is used to power the CPU socket. The board is a gaming oriented board that focuses on offering more I/O tools rather than overclocking features but there's still a good overclocking design implanted on the board to push Skylake CPUs beyond their reference specifications (clock speeds). 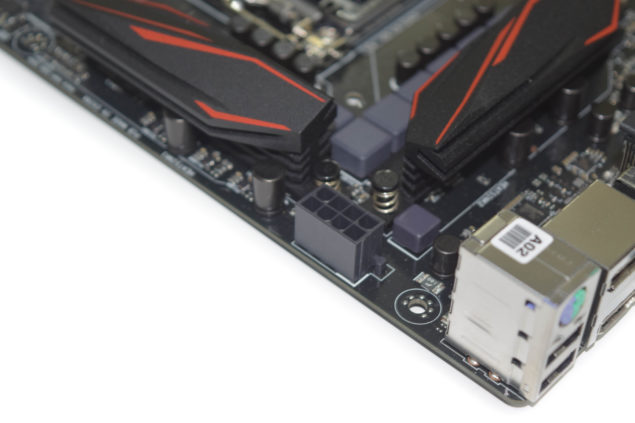 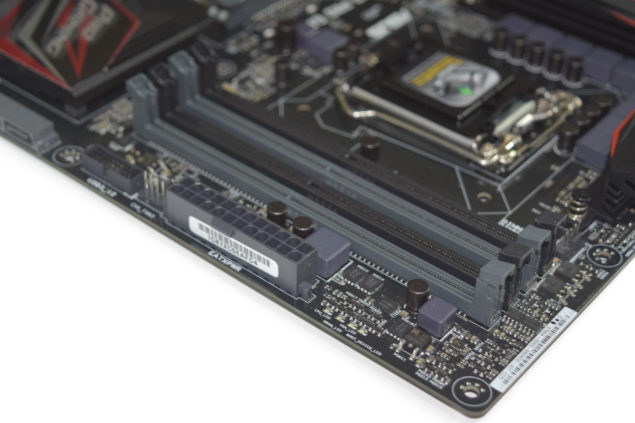 There are two heatsinks featured on the PWM to keep the area cool when under loads. These heatsinks have an aluminum surface which helps dissipate heat into the heatsink block that are kept cool by cross-ventilation of airflow from the chassis fans. 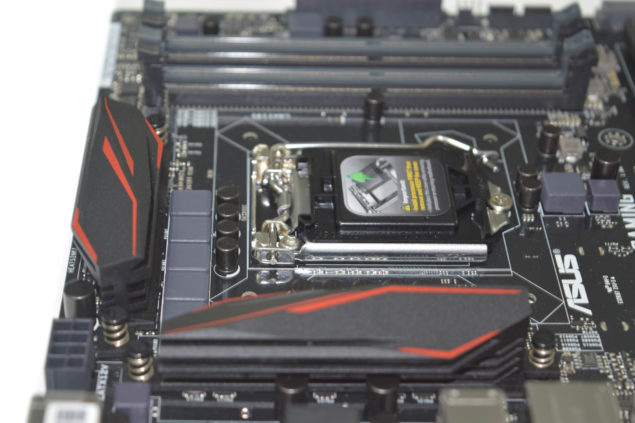 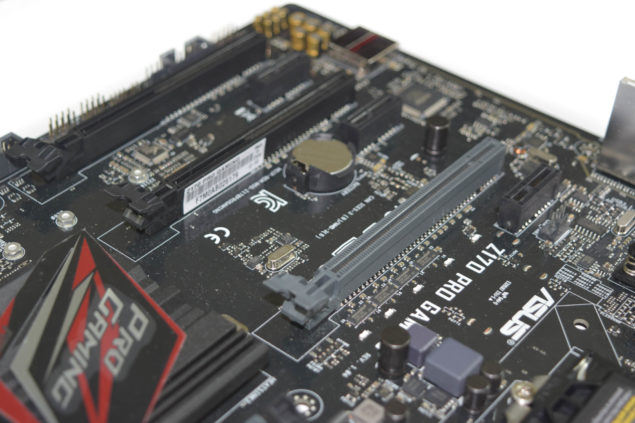 Storage options on the motherboard include six SATA 6 GB/s ports and a single SATA Express port that operates at 10 GB/s. The motherboard supports Raid 0,1,5,10 options and is fully compliant with Intel's RST. There's also a single M.2 Socket 3 slot that can support both SATA and PCI-E based SSDs including NGFF drives. 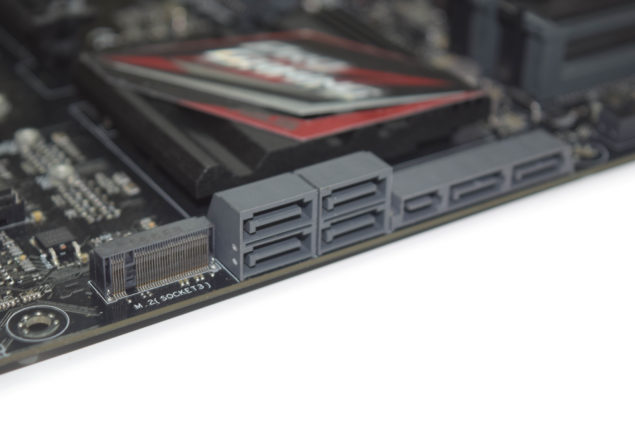 ASUS has integrated their SupremeFX audio solution on the Z170 Pro gaming motherboard that offers near-lossless audio quality with a signal-to-noise ratio (SNR) of 115dB. The SupremeFX audio is featured on an isolated PCB that is indicated by an illuminated red line shielding and the SupremeFX chip is covered by an EMI protection cover. The PCB uses premium Nichicon audio capacitors which offer fine-quality with natural sound. 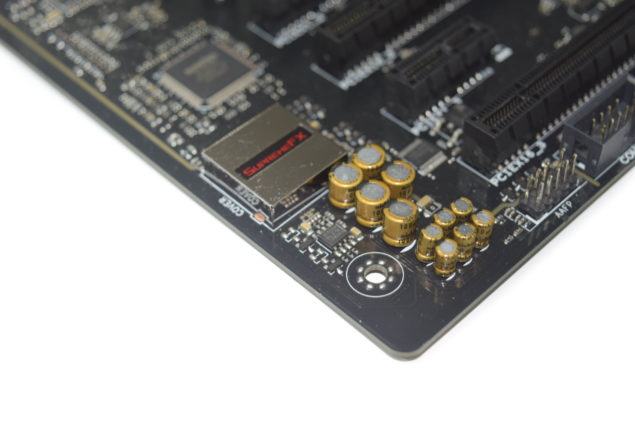 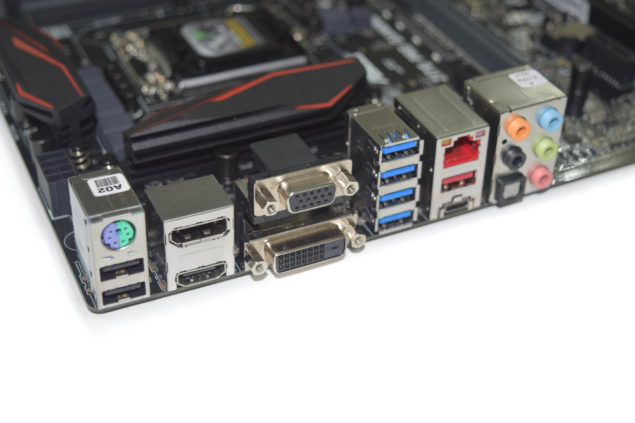