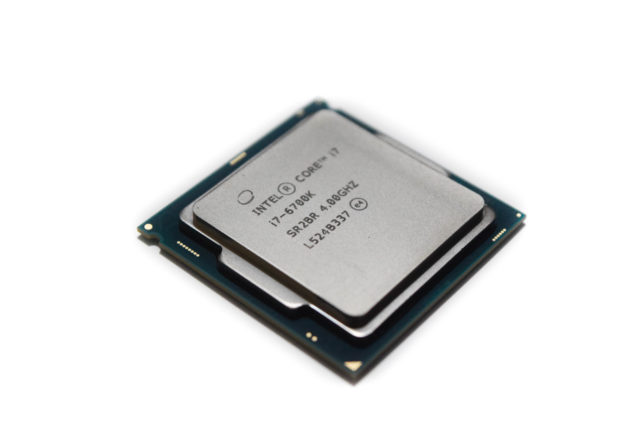 Talking about OC, the Core i7-6700K has the ability to push clock speeds of up to 5.2 GHz on air cooling which will attract several enthusiasts to flock back to overclocking. Other specifications include a HD 530 graphics processor that comes with a base clock of 350 MHz and boost clock of 1150 MHz, fully supporting Microsoft’s DirectX 12 API. The chip comes with a 91W TDP which is higher than Haswell offerings but due to advanced circuitry, the chip reduced current leakage and makes up in terms of efficiency numbers and overall stability while overclocking. The chip retails at a price of $350 US.

The Intel Core i5-6600K is the second chip of the launch lineup that will feature a quad core design but rids the silicon of multi-threading. The Core i5-6600K has a core clock of 3.5 GHz and boosts up to 3.9 GHz. The processors has 6 MB of L3 cache, 16 PCI-Express 3.0 lanes and supports DDR4-2133 MHz and DDR3L-1600 MHz memory. The chip is compatible with the latest LGA 1151 socket that could be found on several Z170 chip based motherboards. The processor also comes with a 91W TDP and features the HD 530 graphics core that has better performance compared to HD 4600 graphics found on Devil’s Canyon. As for the pricing, the chip will retail at $243 US. Now the surprising thing is that the chip is both price wise and specifications wise similar to the Core i5-4690K and comparison of these two chips will show a true comparison between the performance improvements of Skylake over Haswell.