I recently had the opportunity to test out HyperX’s Savage Exo portable SSD for consoles and PC, and with Sony’s upcoming PlayStation 5 console capable of playing purchased PS4 titles through an external drive, I figured it would be interesting to see whether this portable SSD is a viable option to play your PS4 titles from.

As for the contents of the Savage Exo - aside from the wonderful brand sticker, HyperX has only included a USB Type C to A cable and a USB Type C to C cable. As this drive is marketed as a portable solution, I did expect a carry case to be included, but this isn’t the ‘case’. This is me nitpicking, however, and due to its super-compact size, it will easily fit in your pocket. A nice addition when it comes to portability - the Savage weighs less than a normal C-size battery.

HyperX’s offering is available in two versions - one with a capacity of 480GB and one with 960GB of storage. For testing purposes, I was provided the latter.

HyperX boasts that its external SSD is capable of lightning-quick transfer speeds using 3D NAND technology and the USB 3.1 Gen. 2 protocol, allowing for a speed increase by up to 20% on PS4 (Xbox One as well). This applies to both the USB-C to A and the USB-C to C connection. I’ve included the official specifications as supplied by HyperX down below.

Installing the Savage is plug and play. Format the drive for use as extended storage through the PS4’s USB Storage Devices option in the Devices settings menu and you’re good to go. After formatting the drive, the Savage will be the default install location for new games and software. It’s also possible to move already installed games on the PS4’s internal storage to the Savage and vice versa. Moving over a title requires roughly 10 to 15 minutes depending on the size of the game being moved (I tested it with both The Witcher 3 and Horizon Zero Dawn).

Sony has confirmed that the upcoming PS5 will be backward compatible with the majority of the available PS4 games and that players will be able to either install games to the internal SSD or install and play them from an external drive. With the PS5 shipping with ‘only’ 825GB of space on the custom SSD, players will probably opt to save that precious storage for PS5 titles and use an external drive to store and play their PS4 titles.

As PlayStation lead architect Mark Cerny said during his PS5 technical deep dive from earlier this year - “The kind of storage you need depends on how you're going to use it. If you have an extensive PS4 library [...] then a large external hard drive is ideal. You can leave your games on the hard drive and play them directly from there, saving the pricier SSD storage for your PS5 titles, or you can copy the PS4 titles directly to the SSD. If your purpose in adding more storage is to play PS5 titles, though, ideally you will add to your SSD storage.”

Costing roughly $200, the 960GB variant of the Savage doesn’t come cheap. So what’s the advantage of using this pricey SSD compared to a standard external HDD? The answer is plain simple - speed. Down below I’ve included some results from tests I’ve performed on various PS4 titles running on the PS4 Slim’s standard HDD and HyperX’s SSD, and in my humble opinion, the differences are quite striking.

As you can see from the results, the HyperX Savage Exo was faster than the standard HDD and by quite a margin. The SSD improved initial loading times (time to load up your savegame) by almost 50% on all of the tested titles. Time to fast travel in Horizon Zero Dawn was cut down by almost 50% as well, whereas the difference was less in The Witcher 3 with a performance gain of roughly 34%.

Of course, the standard HDD inside the PS4 isn’t the best, and using a higher speed HDD will also somewhat improve performance, but the performance of the Savage is on another level compared to the retail 5,400RPM HDD.

Since Sony’s PS5 isn’t out yet, we’ll have to wait and see how this external SSD will perform on the console, but with the above-mentioned speed tests in mind, using an external SSD to play your PS4 games from will be a good alternative to using the PS5’s internal custom-SSD.

Surely, the HyperX Savage Exo isn’t the most-budget friendly drive that you will come across. Those looking for external PS4/PS5 storage can grab an external HDD  with much higher storage capacity for roughly $80 (Seagate 2TB Game Drive PS4), but in general, these drives don’t offer that much of a performance boost. If you're willing to pay for it, the portability and the sheer speed boost compared to the PS4’s stock HDD, make the Savage Exo a great option to consider when looking out for storage to store your PS4 games on, ahead of this year’s PS5 launch.

If you have only a few games to store on the drive, the 480GB  version will be a viable option as well for those on a lower budget.

On a side note - the upcoming Xbox Series X will also support external USB storage, and as such, the Savage will also be a great fit to play Xbox One games from on Microsoft’s upcoming next-gen console. 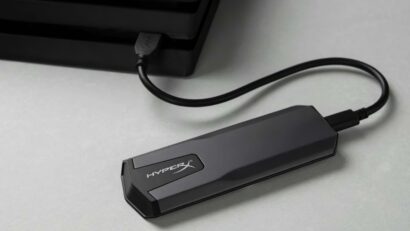 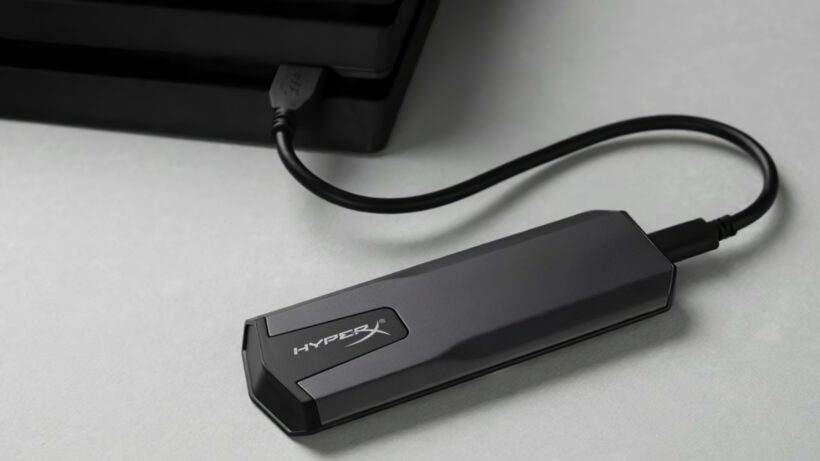 Although pricey, the HyperX Savage Exo External SSD is a great drive for those looking for speedy additional PS4 storage, and with the PS5 supporting external drives to play PS4 titles from, HyperX's offering will be a great alternative to the insanely fast, but costly, custom SSD inside Sony's next-gen console.