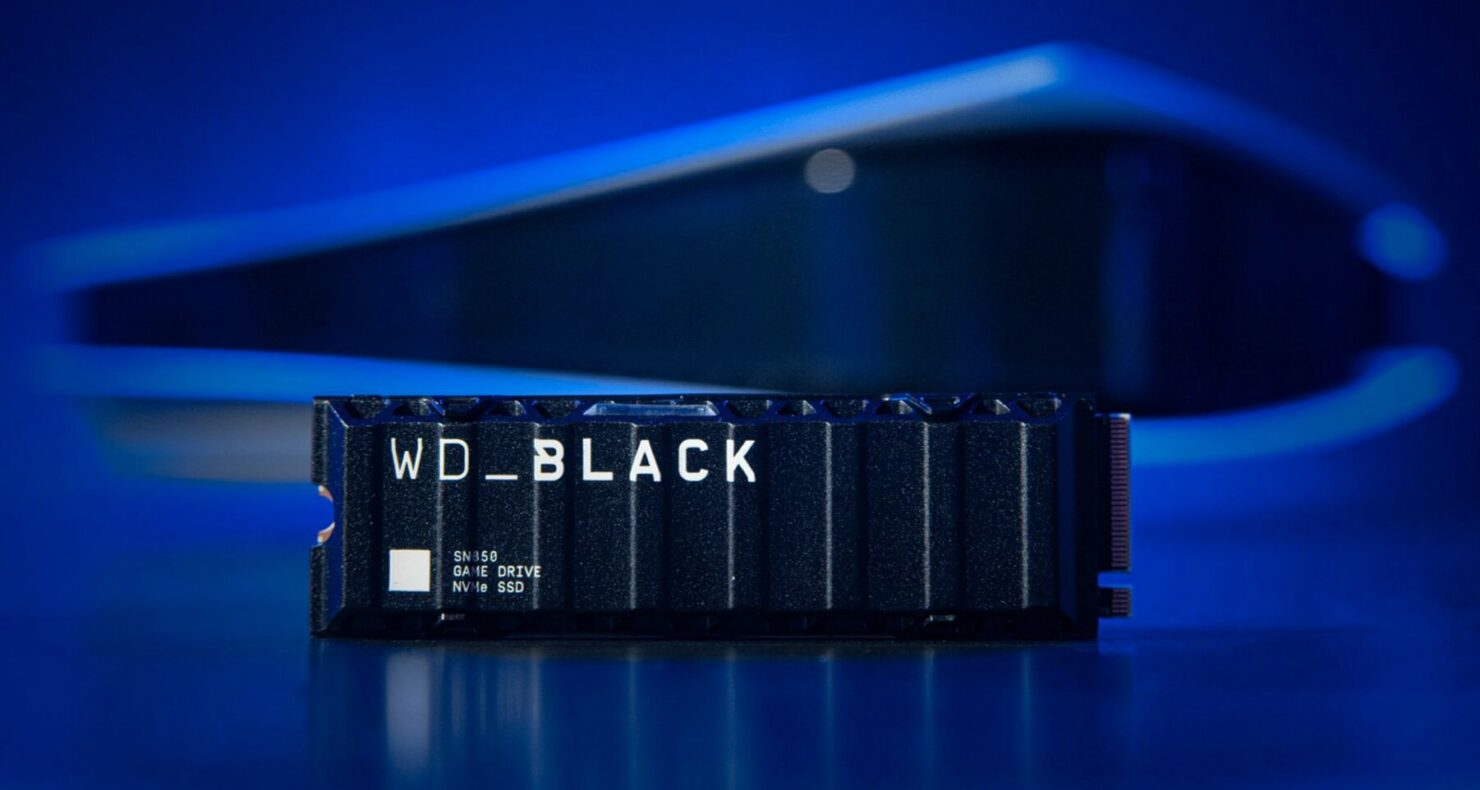 With the SN850 NVMe, Western Digital was among the first storage manufacturers to announce its support for Sony's recently introduced M.2 storage expansion for PlayStation 5. Interestingly, following Western Digital's official announcement, PlayStation lead architect Mark Cerny expressed his confidence in the NVMe drive. I managed to get my hands on a 1TB sample with a heatsink for better heat transfer. How does the drive perform inside Sony's next-gen console? Does it offer the same performance as Sony's own SSD inside the PlayStation 5? Let's find out.

On paper, with its up to 7000MB/s read speed, the WB_Black SN850 is one of the faster M.2 storage options for Sony's next-gen console, even surpassing the requirements that Sony has set for supported M.2 SSD's. But how does it perform in an actual real-world speed test? Let's find out.

For this speed comparison, I measured the time both the PS5 SSD and the WD_Black SN850 needed to boot several titles to start the menu and load a game, respectively. Games tested include Days Gone (PS4 backward compatibility), Ghost of Tsushima: Director's Cut, Kena: Bridge of Spirits, and Ratchet & Clank: Rift Apart. For Ghost of Tsushima, I also timed fast-travel times.

Interestingly, while moving around the tested games between the internal PS5 SSD and the SN850, I found out that moving data from the internal SSD to the SN850 is way faster than vice versa. For instance, moving Ghost of Tsushima to the M.2 drive took roughly 53 seconds, while moving it back to the PS5 SSD took 4:19 minutes. I witnessed this each time I moved a game back to the internal SSD. As such, it appears that Sony is, for some reason, throttling the write speed of its own SSD.

*It should be noted that boot times of Ratchet & Clank: Rift Apart were pretty inconsistent with booting ranging from roughly 7 seconds to 23 seconds on the PS5 SSD - I also witnessed this while running the game from the WB_Black SN850. 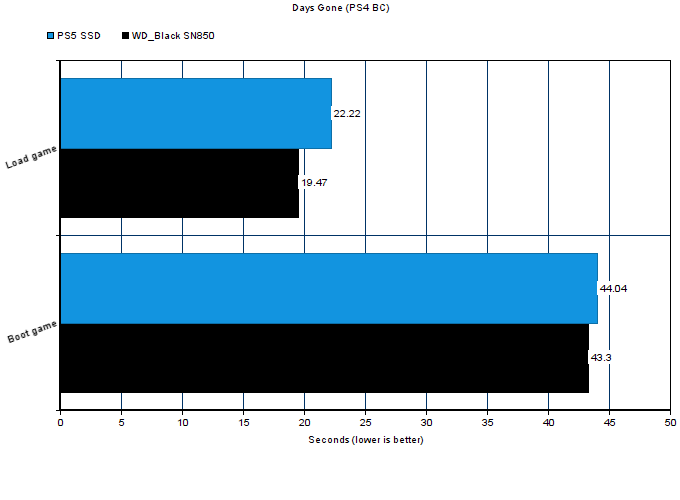 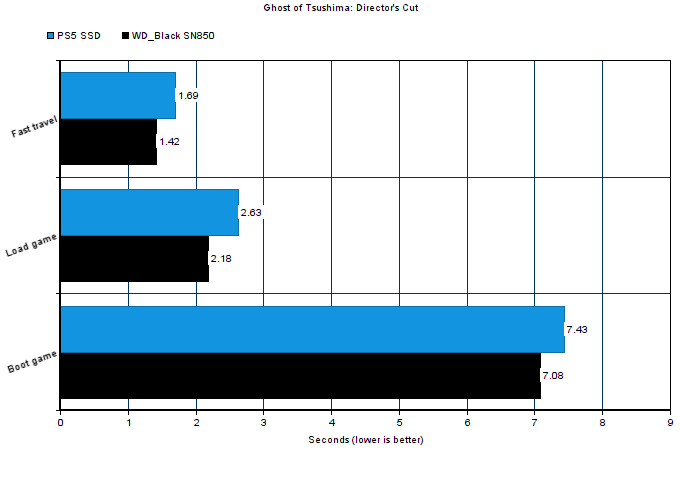 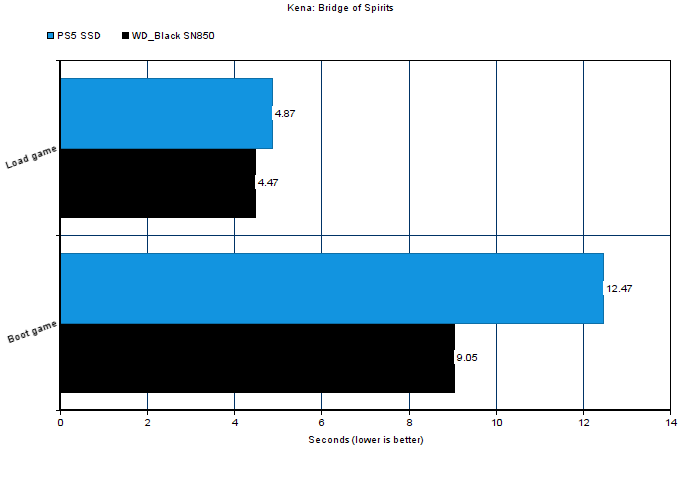 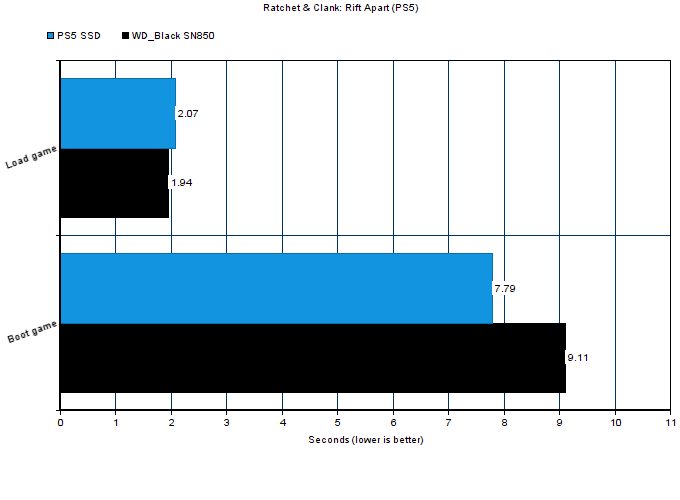 Based on these tests, I can say that the WB_Black SN850 beats the PS5's own SSD in the games tested when it comes to booting and loading. We're talking about milliseconds to maybe 1.5 seconds here, though, and in reality, you really won't notice the difference between the two drives. Only on one occasion did the PS5 SSD outperform Western Digital's offering - while booting Ratchet & Clank, and as said, the results of this game weren't that consistent.

If you're in the market for speedy external storage for your PS5 this holiday season, you won't go wrong with the WB_BLACK SN850.

Product sample provided by the manufacturer.