The ASRock TRX40 Taichi comes in a large rectangular box with an easy carry handle on the top. The motherboard features black and brushed-silver aesthetics and makes full use of the Taichi gear theme to give the box a unique look. 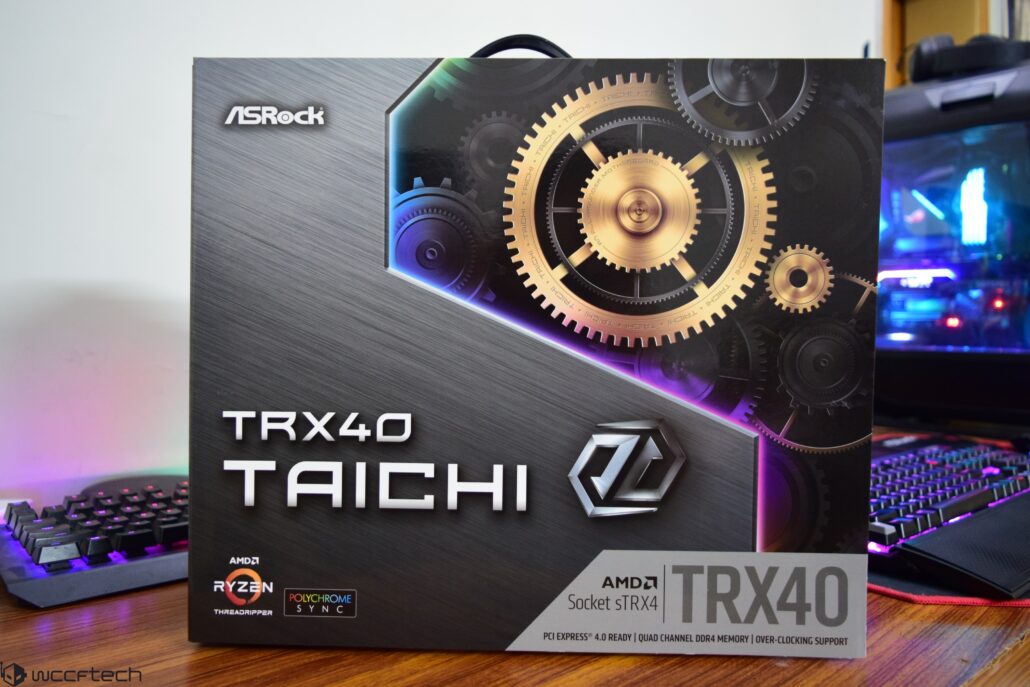 There's also a flip cover on the front which you can open to reveal the motherboard itself. There are more features listed inside such as XXL Aluminum Alloy heatsink and cooling fan, Hyper Quad M.2 Card, 16 phases power & 90A DR.MOS. 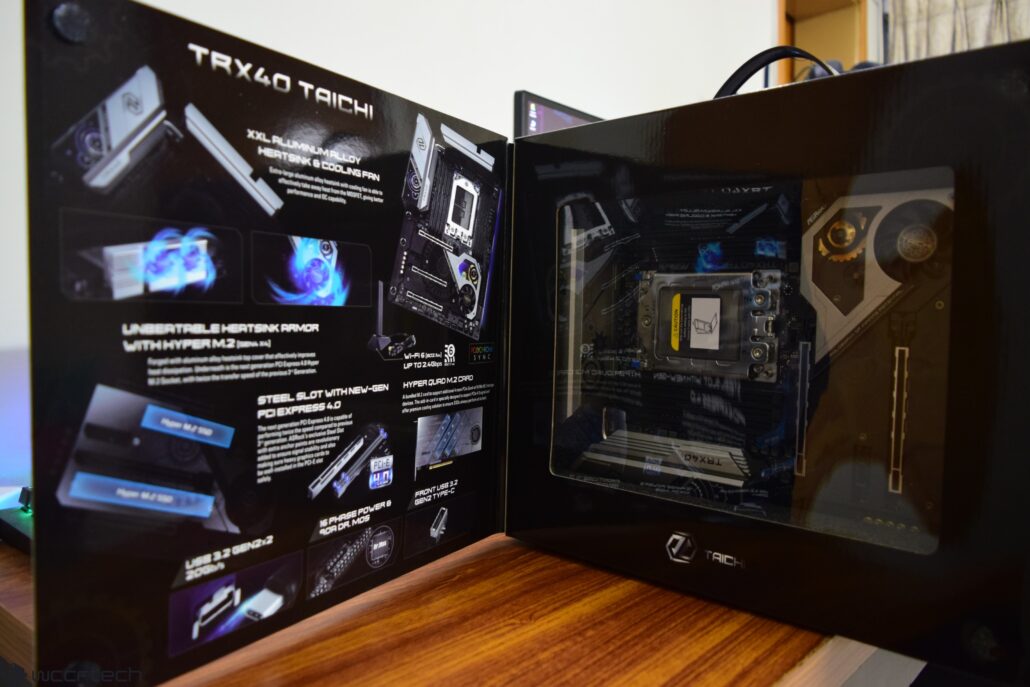 The back of the box contains all the marketing details along with product specifications. The most interesting features that are highlighted by ASRock are the Dr.MOS 90A MOSFETs for power, USB 3.2 Gen 2x2 20Gbps ports, WiFi 6 802.11ax, 2.5 Gb LAN and Hyper M.2 ports with up to 64 Gbps transfer speeds. 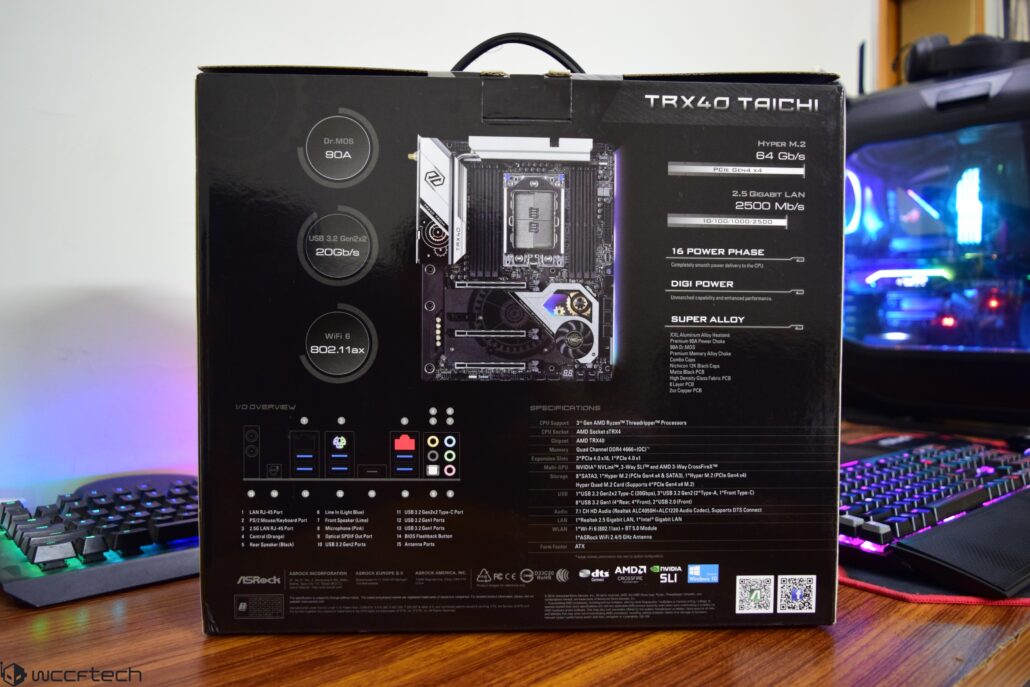 The most interesting accessory of them all is the Hyper Quad M.2 card. This card lets users plug in up to four M.2 SSDs which are cooled by a single fan embedded on the add-in-card. The card has a nice brushed silver body that is made out of aluminum. This shroud serves as a heatsink for the 4 M.2 drives since ASRock features thermal adhesive tape beneath the shroud to make contact with all SSDs being used. The card features its own 6-pin power connector and comes in a single-slot design.

There are also switches on the board that let you disable the M.2 ports for PCIe lane conversation. Another switch close to the fan lets you disable it entirely for quieter operation at the expense of slightly higher noise output.

Outside of the package, the motherboard can be seen in all its glory, tightly held between two pieces of foam. The ASRock TRX40 Taichi continues the tradition of offering the unique Taichi theme which we have seen on the X570 and X299 series, now coming to the latest & grandest HEDT platform of them all. 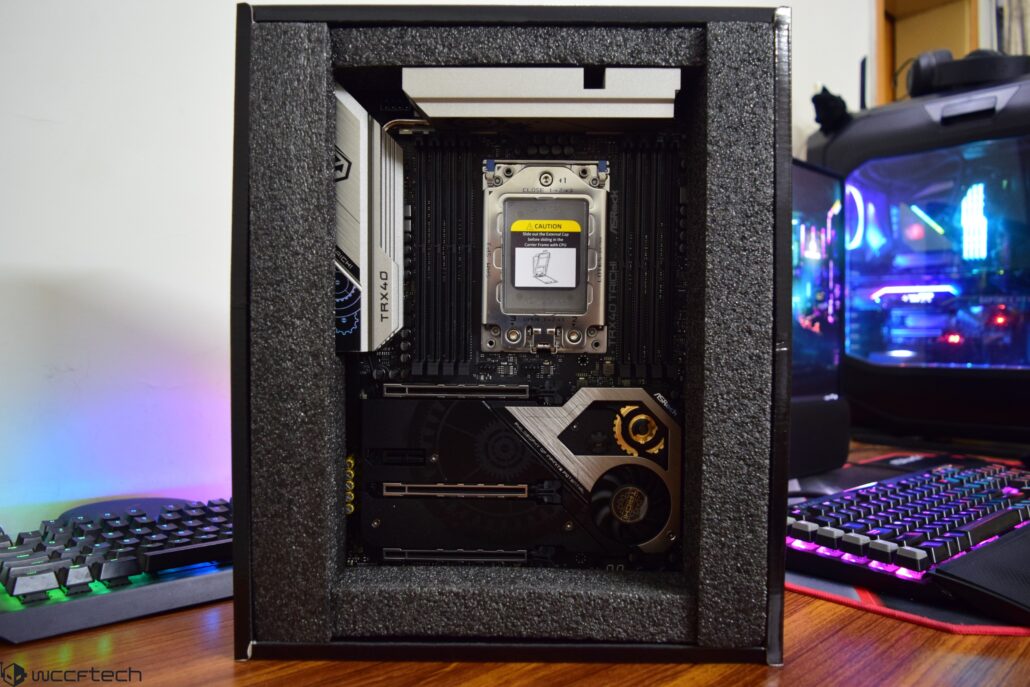