The ASRock X399 Professional Gaming comes in a very large package with a front cover that exposes the board it self. The package has an easy to carry design which is a good addition from ASRock. The front of it has the large X399 Professional Gaming logo along with follows the ASRock FATAL1TY design scheme. Labels include Ryzen Threadripper, AMD Crossfire, NVIDIA SLI and RGB LED. There's also mention of AMD Socket TR4 and X399 chipset on the front. 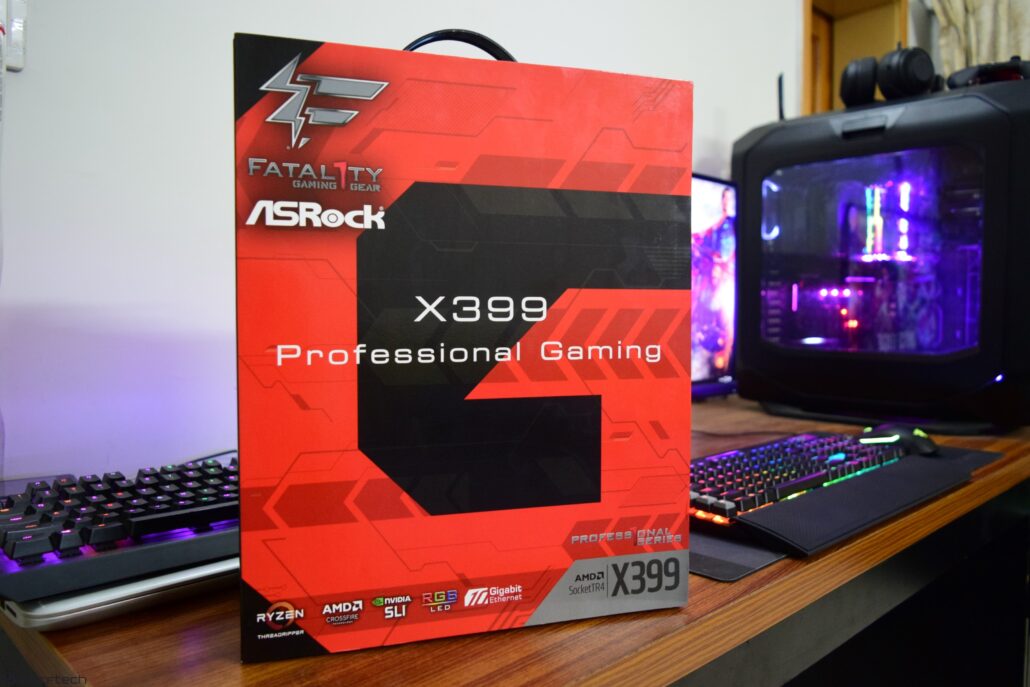 The back of the package lists down several major features of motherboard which includes a 60A Dr.MOS power supply, Dual USB 3.1 10 GB/s, Aquantia 10 GB/s LAN and the entire specs sheet of board. There's a lot to go through which I will detail in the closer look section. 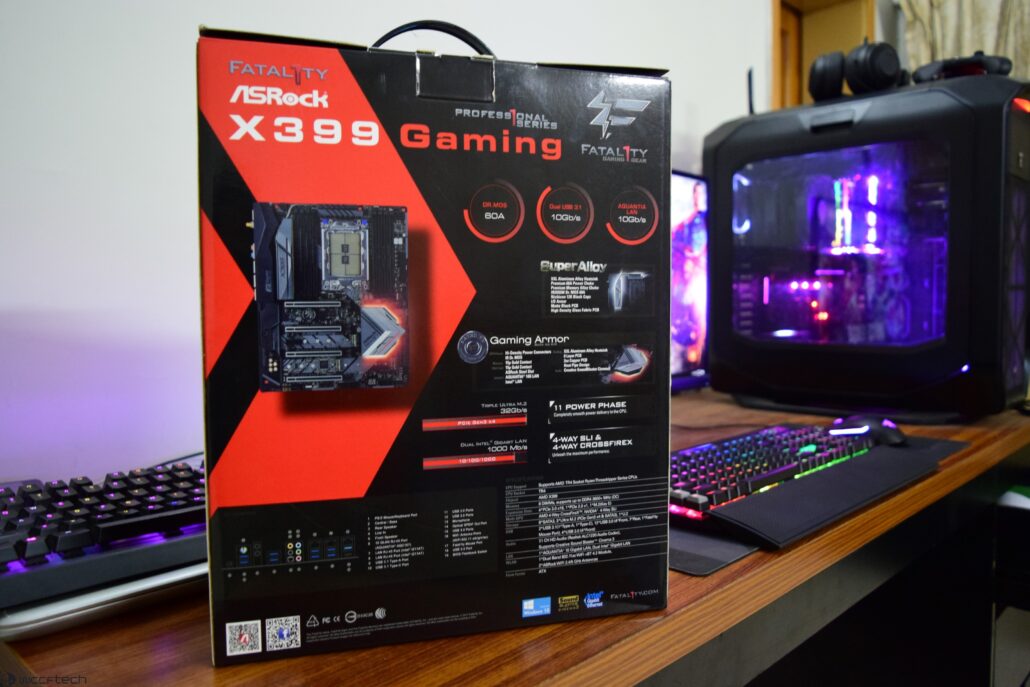 The front cover flips open to reveal the nicely packaged motherboard along with other features of this impressively high-end motherboard. 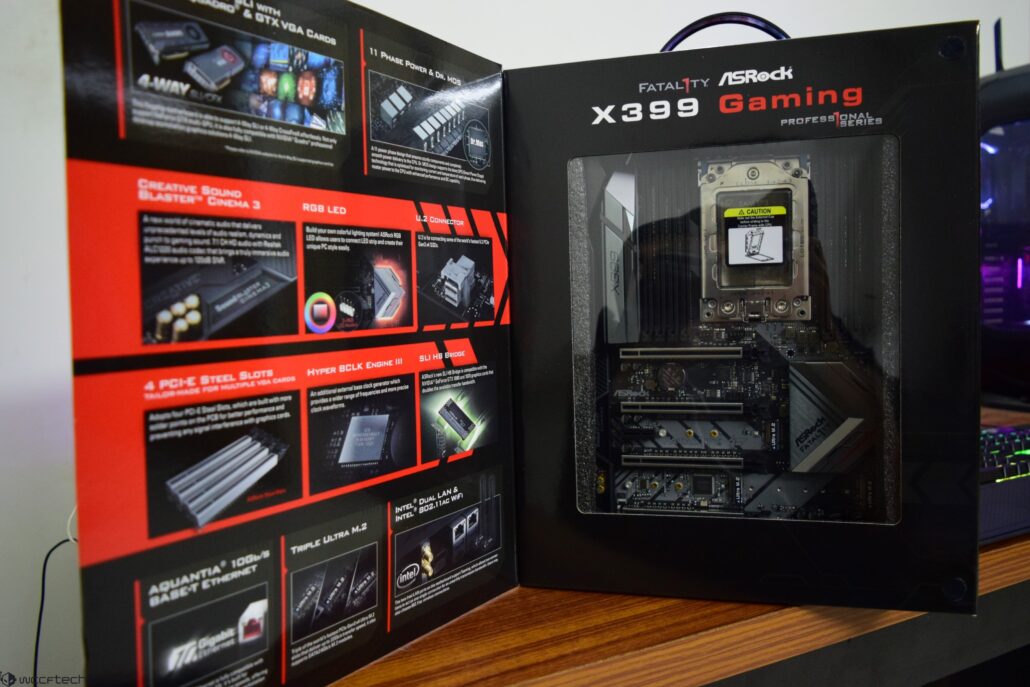 Aside from being a enthusiast class design, the X399 Professional Gaming is also a full fledged workstation design with support for 4-Way NVIDIA Quadro SLI and AMD FirePro series cards. Once again, a whole range of features are detailed on the box but I will take a look on each of them in detail. 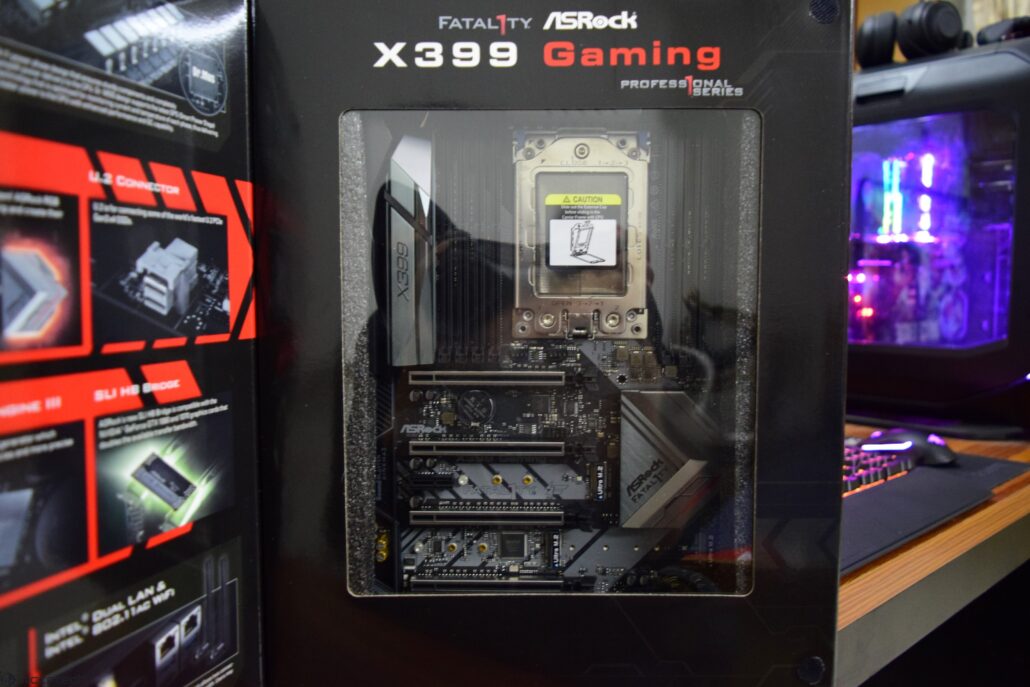 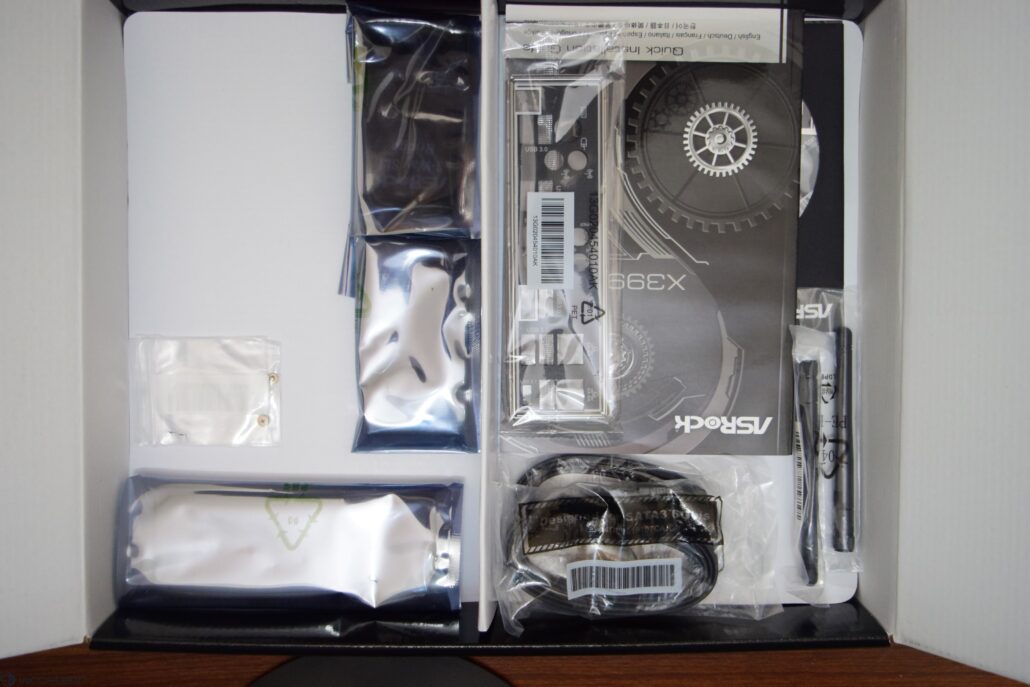 Accessories for the motherboard include 2-Way / 3-Way SLI bridges, two screws for M.2 devices, a pair of SATA cables, two WiFi antennas, an I/O panel, a manual and a driver disk. It's recommended to download the latest drivers from the official ASRock webpage as they are more recent updated compared to the ones shipped in the driver disk. 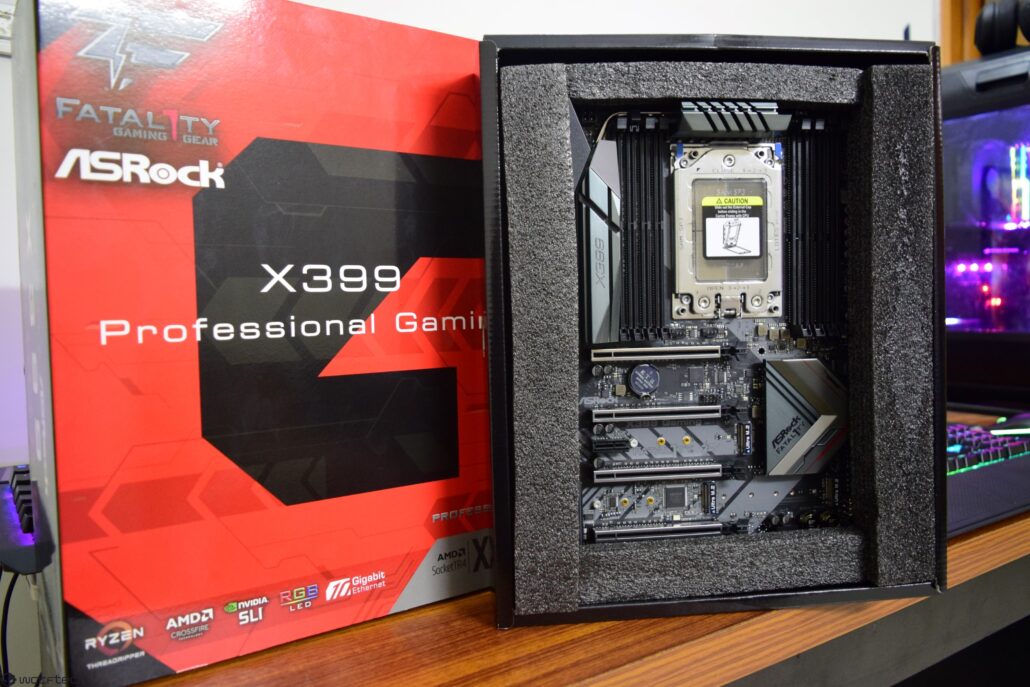 Outside of the package, the ASRock X399 Professional Gaming is a beast which shows its power through design and build quality. It's a stunning motherboard that looks and feel like a part of an enthusiast family. 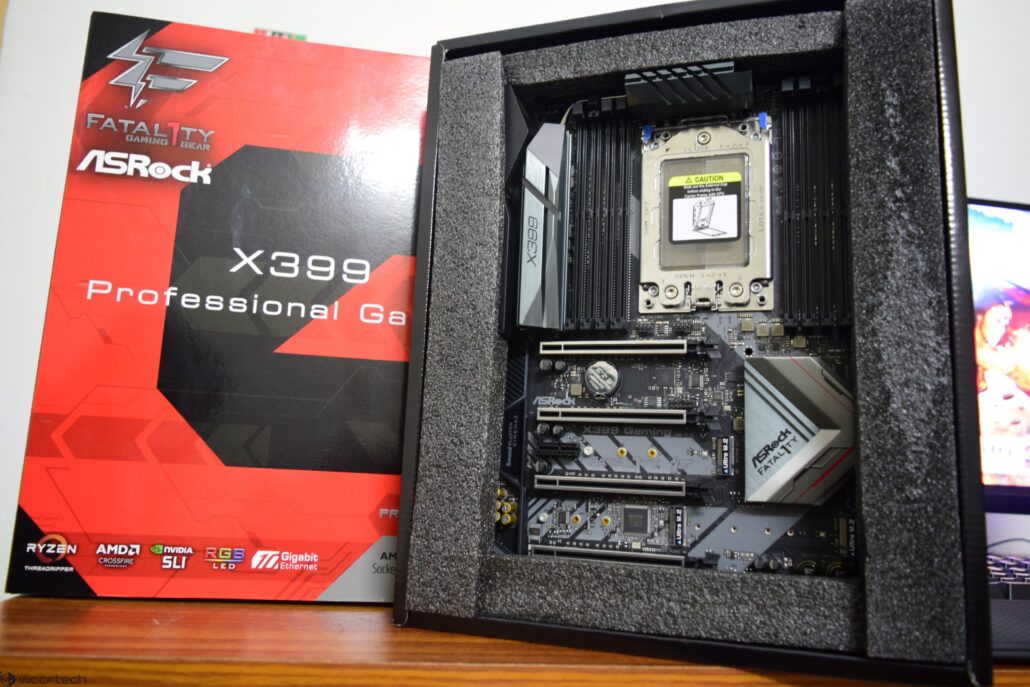