The Ryzen Threadripper chips are based on four dies rather than a single monolithic die. We have seen how that affects the temperatures but it is also crucial to see how power management is now handled on four separate dies. All four dies are connected through the infinity fabric interconnect and hence, it is used to thermally manage the load on different dies. The AMD Ryzen Threadripper processors feature a reference TDP of 180W and we pushed the voltage higher than stock when running the chips in overclock mode. The resultant temperatures at both stock and overclocked frequencies can be seen below: 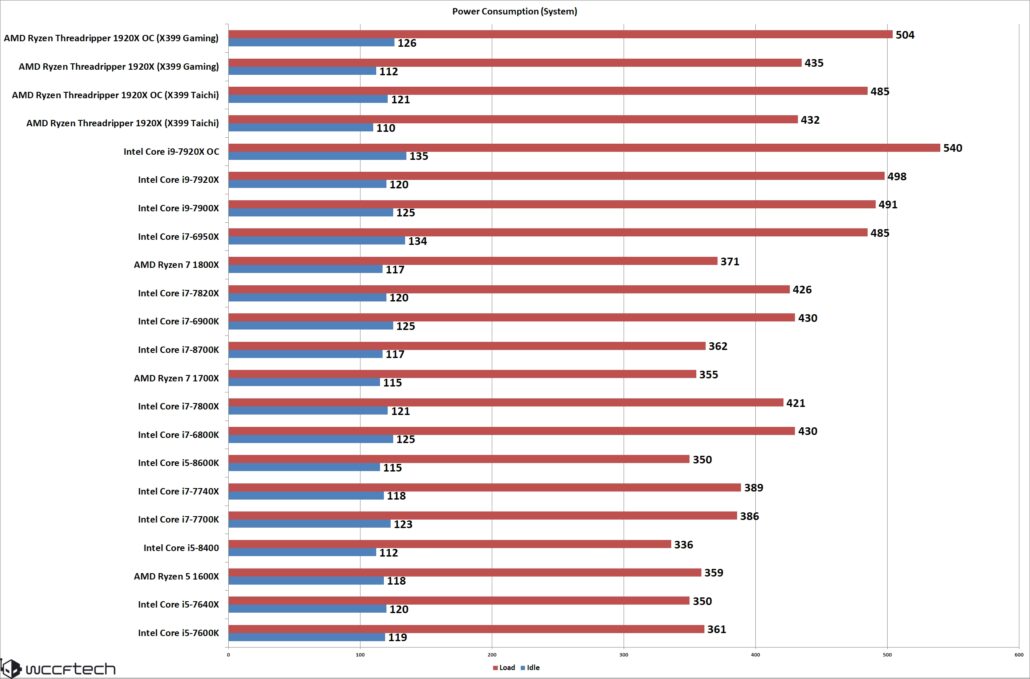