Starting off with the details, AMD will be introducing four new processors in their  Ryzen 2000 CPU family. These include two Ryzen 7 parts and 2 Ryzen 5 parts and are listed below: 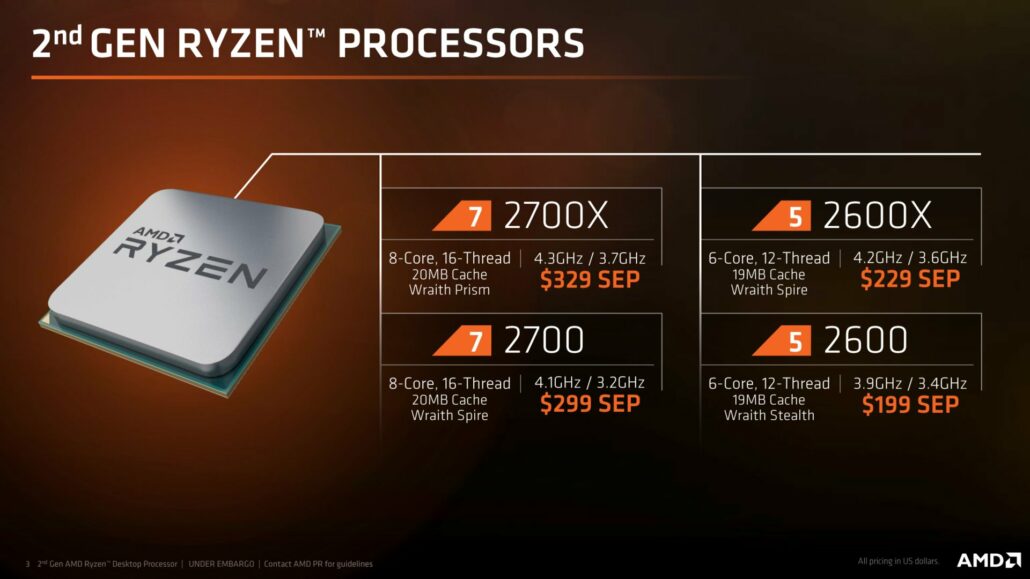 On the other hand, we have the AMD Ryzen 2700 which is a lower TDP variant of the Ryzen 2700X. It retains almost all the specs but since it has a lower TDP, we also expect lower clock speeds of 3.2 GHz base and 4.1 GHz boost. The chip doesn’t support precision boost overdrive and will ship with the Wraith Spire (LED) cooler for a price of $199 US. AMD pits this chip against the Core i7-8700 that costs around the same.

The AMD Ryzen 5 2600 comes with the same technical aspects of the Ryzen 5 2600X but has lower TDP like the Ryzen 7 2700 and as such, it comes with lower clock speeds too. The 65W TDP allows for a 3.4 GHz base and 3.9 GHz boost clock while the packaging includes a Wraith Stealth cooler at a price of $199 US which makes it compete against the 8 USD expensive Core i5-8600 SKU.

Following are all of the Ryzen 2000 series processors that will be available for the AM4 platform: