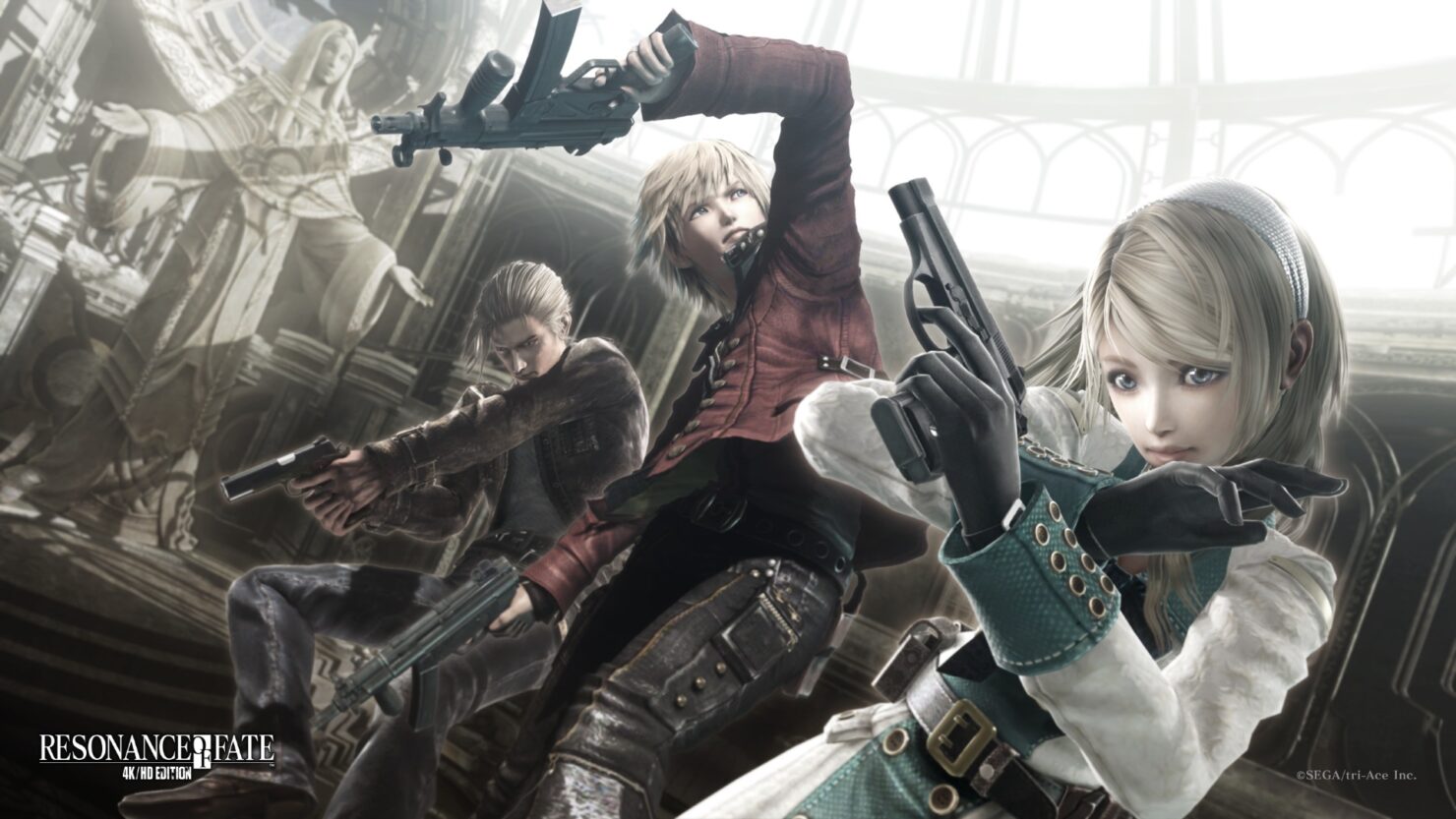 Resonance of Fate 4K / HD Edition is hitting PC and PlayStation 4 later this week, and tri-Ace confirmed some new details regarding the PC release which will make those with a slow internet connection happy.

On the game's Official Twitter profile, the developer confirmed that a Hi-Res Textures pack will be available for free for the PC release at launch. This has been done to reduce the game's total size, which would exceed 83 GB if hi-res textures were included. Without them, the game is only 16 GB big.

Resonance of Fate 4K / HD Edition is one of the most interesting JRPGs released by tri-Ace, with a unique battle system and charming characters.

A tale of guns and emotional bonds woven in a world about to meet its end.
The fate of the world is changed in a flurry of bullets.

The curtain opens once again on this symphonic gunplay RPG in a new 4K/HD EDITION package.

RESONANCE OF FATE, first released in 2010, has been remastered in 4K/HD.
Enjoy blazing gun battles as you fly through the air in this story that plays out in a ruined world with high quality graphics.
Play the game on a 4K compatible system and experience the fateful story in incredibly high resolution.

The rich story based around the theme of fate as the end of humanity plays out.
A battle system unlike any you've ever experienced, that combines strategy with fast-paced thrills.
With many magnificent music pieces composed by Motoi Sakuraba and Kohei Tanaka.