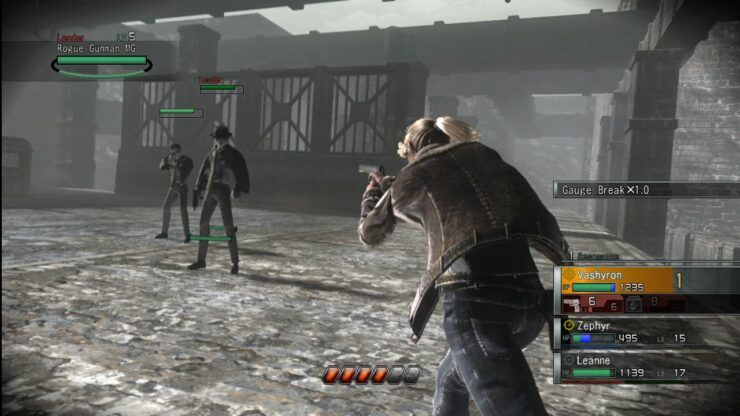 [Update] The Resonance of Fate 4K/HD Edition pricing for the West has now been confirmed officially through a press release, alongside some additional info previously unknown.

[Original Story] Following last year's release of Star Ocean: The Last Hope 4k/HD Remaster, another last-gen RPG developed by tri-Ace will be released on PC and PlayStation 4 this year as Resonance of Fate 4K/HD Edition

Today, tri-Ace and SEGA, the original publisher of the game, confirmed that Resonance of Fate 4K/HD Edition will be released next month on PC and PlayStation 4 in all regions. A new trailer has also been released, and you can check it out below.

Resonance of Fate is one of the most unique RPGs ever released, with a charming cast of characters and an extremely involving battle system.

Face opponents in fantastic, cinematic gun battles with a fighting system that blends real-time and turn-based gameplay. Built around the gigantic machine city, the story delves deep into fate and the machinery that controls it. Masterfully crafted environments illustrate the deep tapestry of this dystopian world. Customizing your characters and weapons changes your playing experience visually and within the gameplay.

Battle in fantastic cinematic action as your characters wield firearms in a Semi-real time game play system; invincible mode
Unique story Built around a gigantic clock tower like machine, the story will delve deep into fate and the machinery that controls it
Beautiful environments Masterfully crafted environments pepper this title to illustrate the deep tapestry of this dystopian world
Customize your characters and give them a unique look within the game and cut-scenes
Extensive Weapon customization allows your character to have specialized weapons from parts unlocked or bought throughout the game

Resonance of Fate 4K/HD Edition launches on PC and PlayStation 4 on October 18th. The pricing for the Western release has yet to be confirmed.