Resident Evil Revelations is yet another game headed for the 3DS, unlike Mercenaries the game offers a single player story line and will be the first proper Resident Evil Game on the 3DS but from what I have seen from the trailer I can only see that Umbrella corporation is no longer working and has instead been replaced by Bio-Terrorists known as “Veetro” or whatever it may called. As usual they are threatening to release a deadly virus to the world but Chris Redfield is on the job along with Jill to help stop them from carrying out the final threat, along the way you will encounter a new breed of zombies and the game will mostly be based on a boat, much like Resident Evil: Dead Aim on the PlayStation 2. 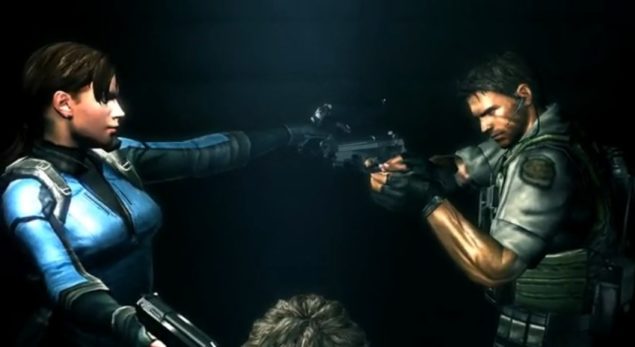 The Resident Evil series has been pretty hush for a while now, with no new game headed to the consoles as of yet one can only wonder If Capcom is even planning a future Resident Evil game in the future? While the 3DS version of the game has stunning graphics for a handheld device I can only wonder whether the game itself will be as good as the previous Resident Evil games in terms of story. Considering that this is the first out of the box 3D game from the Resident Evil series Capcom has definitely made some extra nice 3D effects for the game to help give players a more in depth feel of the game and help immerse players into the game itself.
Resident Evil: Revelations will be available for the 3DS and will be available in early 2012 so there is plenty of time for you guys to grab a 3DS from your nearest store especially with the recent price drop of the handheld from Nintendo.