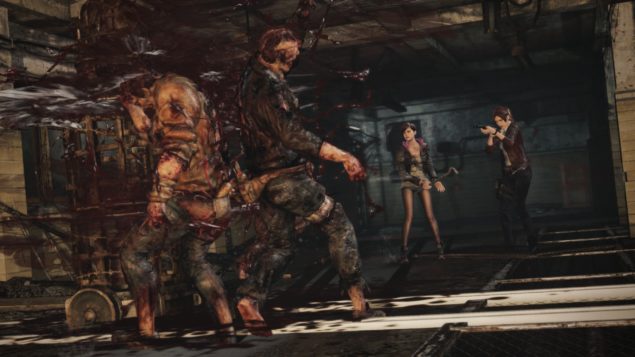 EuroGamer analysed the difference that the patched version of the game with the unpatched version and also its major competitor i.e. the Xbox One. There was a significant improvement of around 12 percent which shows how much difference the patch made. The frame rate which previously dropped to a lowest of 27 fps, now  did not go below 31 fps whereas the Xbox One still leads significantly with 44 fps. The dropped frame rate percentages also dropped to less than half the amount for the patched version. What was previously 25.8% of dropped frames, now dropped significantly to 11.7%. It should also be of relevance to note that the drop percentage for the Xbox One is a mere 5.7%.

However, it was noted that some parts ran more smoothly on the PS4 as compared to the Xbox One. Cinematics are one big example where such an abnormality was noticed. An interesting statement, in the report, claims that the former is a poorly optimised game in the Resident Evil Framework:

"Overall though, there's still the sense that Resident Evil Revelations 2 is one of the more poorly optimised titles based on the mature MT Framework engine. When we first looked at the game, we noted that our test PC (featuring a Core i5 3570K and a GTX 780) was able to deliver a smooth, consistent experience but only at moderate PC gaming resolutions, like 1080p. Despite its relatively simplistic nature, our system couldn't even maintain a locked 60fps at 1440p - a strange state of affairs bearing in mind the capabilities of the Nvidia GPU."

It noted that previous games could easily pull of 4k resolution at high end PCs whereas the release of Resident Evil Revelations 2 could hardly muster 60 fps for Quad HD i.e. 1440p. Resident Evil Revelations 2s final episode was released earlier this week with its full version. There is no further news of any upcoming patches but online support for Raid mode is in sight and will be a free update when it shows up on 31st of March.