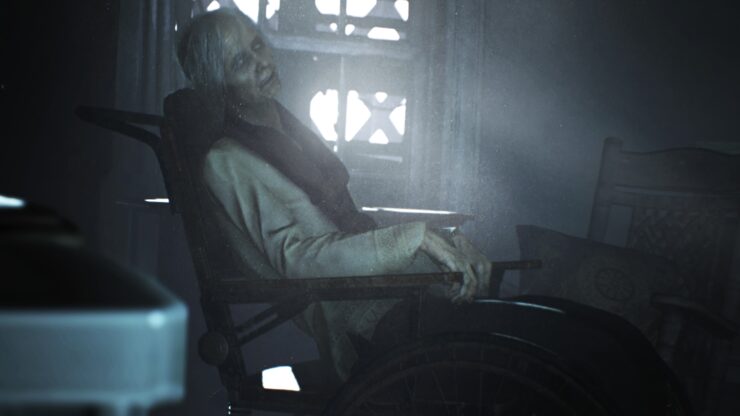 The gameplay details originate from preview articles from several media outlets and do contain SPOILERS.

The main character in Resident Evil 7 is named Ethan Winters who is looking for his missing wife, Mia Winters, in Dulvey, Louisiana. Unlike previous Resident Evil installments, RE7 isn’t a Zombie title any longer and is much more focused on psychological horror in a B-movie style setting with much more focus on exploration. The game has kept its Resident Evil feel although the focus of the title is different and fans will feel nostalgic at times.

Three different bosses were spotted within the first 3 hours of the game and early impressions were very positive. One of the boss fights allows players to drive a car.

“Holoforms”, hunter-esque creatures, are a new type of enemy encountered within the new Resident Evil and a certain kind of insect will have a great presence in one section of the game.

Inventory size and ammo is limited and players will have to do some running to avoid enemies. A knife, handgun, shotgun, magnum, flamethrower and chainsaw are confirmed weapons at this point. The members of the Baker family are "bullet sponges", so you will need a huge amount of ammo to kill them. However, they can be stunned after a certain number of shots. New weapons and upgrades can be found in “cages”, which can be opened by collecting coins that can be found in different scenarios.

From a technical perspective, the graphics hold up but the game isn’t a visual masterpiece. Lightning effects are said to be rather impressive and HDR is supported. In total, the game is said to be 14-16 hours long.

If you’re interested in more gameplay details, I suggest you check out the post over at the NEOGAF forums.

Resident Evil 7 is slated for a release on January 24 for PS4, Xbox One and PC.