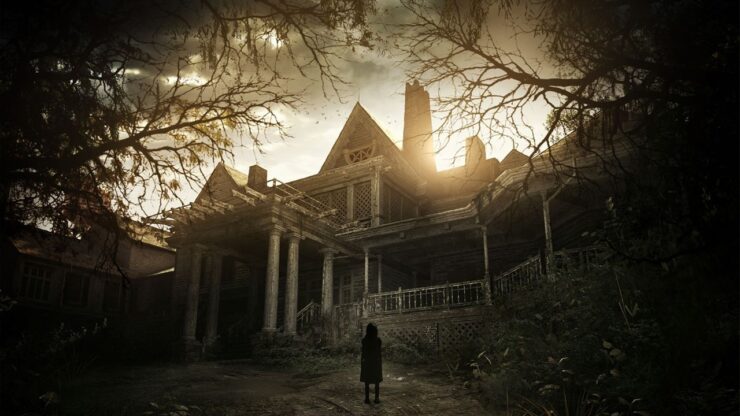 The new Resident Evil 7 demo update finally makes it playable on CPUs without SSE4.1 functionality. Additionally, HBAO+ performance has been optimized, and a couple of other issues have been fixed.

Fixed an issue that caused the screen size to change when switching from full screen to windowed mode.

Shortly before the release of the Resident Evil 7 PC demo, Capcom revealed additional details on the game's graphics options. Some of the unavailable options in the demo will be included in the final release, such as borderless window mode.

Screen Resolution…self-explanatory here, but the game will list arbitrary resolutions supported by your monitor and Windows desktop environment.

Field of View…FOV angle can be adjusted here

Resolution Scaling…controls the game’s internal rendering resolution. This is akin to upscaling and downsampling of the final video output. Selectable option ranges from 0.5X to 2.0X. 1.0X is 100% 1:1 native output. The higher the number, the better the image quality and more GPU ‘oomph’ required, while lowering it below 1.0 makes the image softer (but also reduces GPU overhead and increases frame rate).

Texture Filtering…option ranges from Very Low to Very High. Internally, this is essentially your Trilinear to Anisotropic filter that goes all the way up to 16X.

Effects Rendering…Selectable between Low, Medium and High. This controls the intensity and density of certain visual effects.

Shadow Cache…ON/OFF toggle. When set to ON, shadows for static objects will be cached in video memory.

Ambient Occlusion…Selectable options include OFF, SSAO (Variable), SSAO, and HBAO+. Note HBAO+[www.geforce.com] is an advanced feature from Nvidia.

Volumetric Lighting Quality…Selectable between OFF, Low, and High. This option controls intensity and quality of dynamic lighting including light shafts piercing through window panes and vents.

Reflections…Selectable between ON, OFF, and Variable. Affects fidelity and quality of screen-space reflections.

Color Space…Selectable between SRGB and BT.709

Resident Evil 7 launches on PC, PlayStation 4 and Xbox One next month in all regions.