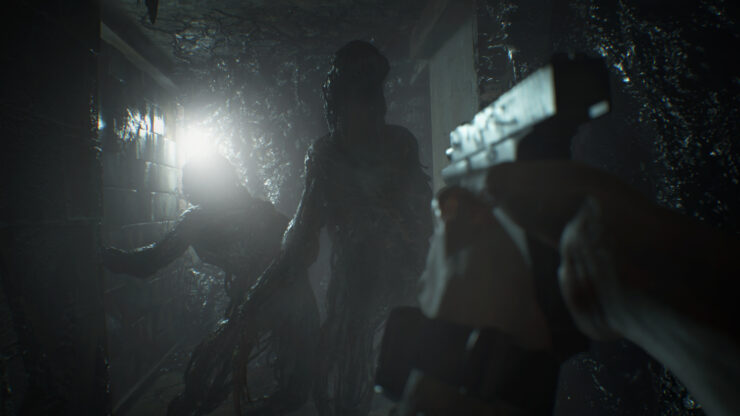 Resident Evil 7, the new entry in the series developed by Capcom, is now very close to release, and it seems like the new game will bring back the glory days of the first few entries of the franchise with a renewed focus on the elements that made the Resident Evil series popular. Today, some new gameplay details have emerged online thanks to a new preview, details that will make long-time fans of the series happy.

A full translation of the preview hasn't been made available, by a handy summary has been shared on the NeoGAF forums.

The demo that some journalists been playing recently takes place in chapter 3 of the game;
You can find a newspaper article about the dissappearence of people in the Dulvey area, and it was written by Alyssa Ashcroft from Outbreak;
Another file is a document signed by Clive O'Brian from Revelations;
Other files mentions strange incidents in a local church and a local hospital, as well as a boat that sunk in a river nearby;
There are checkpoints, but it's unknown if they are tied to the difficulty;
The Upgrade Cages are located in a trailer outside the house.
You find a backpack that increase your inventory size by 4 (to a total of 16 slots);
You need to solve a puzzle to acquire the shotgun;
You can also use the Chemical Fluid to repair items and photos (maps?) of hidden treasure;
The lockpicks can be used to open lockers and drawers for extra ammo and health items.

Some new screenshots have also been made available, and you can check them out below.

Resident Evil 7 launches next month on PC, PlayStation 4 and Xbox One.