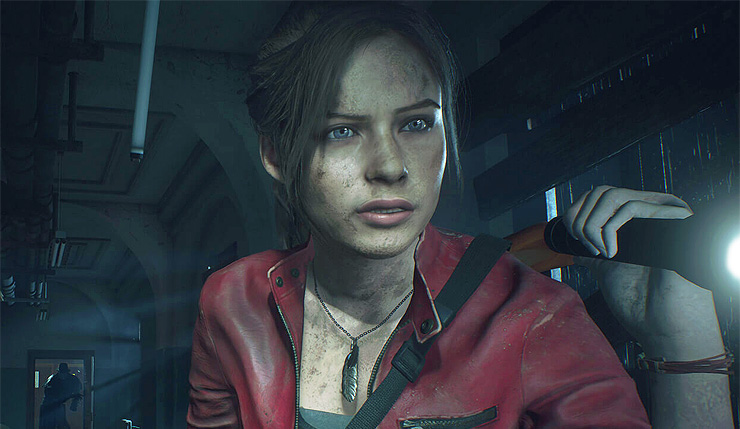 The recently added new achievement for Resident Evil 2 Remake may be hinting at something much bigger than a simple easter egg to better connect the game with Resident Evil 3 Remake.

As spotted by RelyOnHorror, the Xbox One achievement comes with a full-screen wallpaper that features Jill Valentine and Robert Kendo, the owner of the Kendo Gun Shop who appears in Leon's campaign. The image doesn't match any Resident Evil 2 Remake cutscene, so it likely represents a new one that will be added to the game down the line.

The Resident Evil 3 Remake has been announced earlier this week during Sony's State of Play. The game will star Jill Valentine, as the original did, and feature gameplay mechanics that are close to the ones seen in the Resident Evil 2 Remake.

Resident Evil 3  is set amidst the nightmarish outbreak of the T-virus, a biological weapon developed by the pharmaceutical company Umbrella Corporation. The game marks the debut of Nemesis – a towering humanoid bioweapon designed for both brutality and high-functioning intelligence – whose dogged hunt of S.T.A.R.S. member Jill Valentine made him an icon of the Resident Evil™ series. Armed with an arsenal of high-powered weaponry and wrapped in a black suit to hide his mutilated features, Nemesis will maim, pulverize or destroy any obstacle on the path to his target.

Jill’s harrowing escape takes place in the panic-stricken hours leading up to and following the events of the acclaimed best-selling Resident Evil 2. Intense combat and puzzle solving combine to deliver the heart-pounding final chapter of Raccoon City’s collapse.

Resident Evil 2 Remake is now available on PC, PlayStation 4 and Xbox One. We will keep you updated on new content coming to the game as soon as possible, so stay tuned for all the latest news.