Good time to finally have that smart watch, tech world keeps raving about? We agree! September 4th is that lucky date when Samsung would release its Galaxy Gear Smart Watch. The Galaxy Gear is the first from Korean giant; releasing along with the highly awaited Samsung Galaxy Note 3. Note 3 has been awaited for ever since the company's profound smartphone Samsung Galaxy S4 was launched. 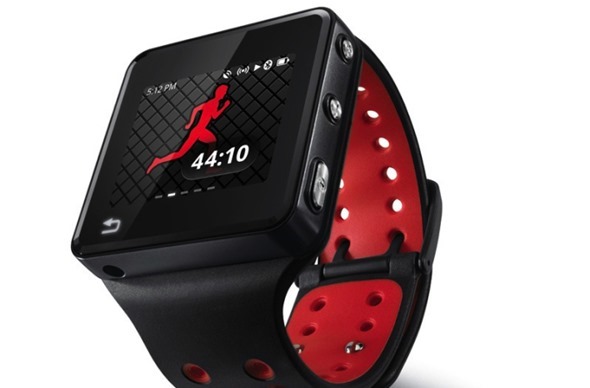 The arch competitor Apple is also working on its own smart watch - named iWatch, as expected? It has been reported that numerous of developers and engineers are working on this piece to turn it into a masterpiece. It seems like we are going to witness anther fierce competition between these two. Fun times, we live in folks!

For the very first time Galaxy Gear Smart Watch specs have been talked about online. This anticipated wearable gadget is expected to be much more than what these initial tidbits show but we are still happy to get at least some reliable specs about this Samsung smart watch. Reports state that the Samsung Galaxy Gear smart watch would sport a 2.5 inch OLED display - definitely a touch screen. The Galaxy Gear will be powered with a dual-core processor giving the user some serious performance. Battery is also expected to be good enough to keep things up for hours.

More of the Gear smart watch hardware details suggest that Bluetooth 4.0 support will be included along with an accelerometer. Camera and speakers would also be featured fitted into the strap. As far as software of the Samsung Galaxy Gear smart watch is concerned, it is expected that the Samsung smart watch would be packed with its exclusive app distribution suite rather than the Play Store.

Samsung Galaxy Gear smart watch is to be announced at Samsung Unpacked 2013 on 4th September. Let's wait for the event to unveil more!