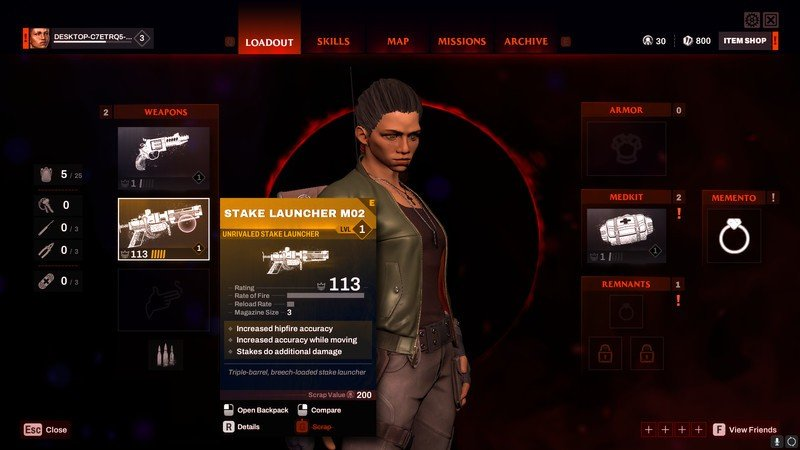 Arkane Studios' Xbox and PC exclusive title Redfall suffered a screenshot leak. The screenshots come from an anonymous imgur user (who has since been taken down) who was presumably part of Redfall's playtest. The images feature several elements from the upcoming game such as weapons, environments, menus, and more.

The screenshots themselves show that the game will feature different tiers of weapons, skills, and several missions that players will have to complete. The game will seemingly take place in urban and natural environments while earning XP by completing missions and taking down enemies. The screenshots also suggest that a co-op element could be added to the game with up to 6 playable characters that have at least one unique ability.

From the poster's original description, there are various types of enemies in the game as well, including vampire and human enemies. The poster also explained that the game will take an open-world style design with gameplay that's reminiscent of games such as Borderlands. You can view the screenshots here:

Redfall was originally announced by Arkane Studios to be an Xbox exclusive title. The game is created by Arkane Studios Austin and will be an open-world cooperative shooter featuring a city overrun by vampires. It'll be released in Summer 2022 for PC and Xbox Series S|X.

In other leaked gaming news, Alan Wake Remastered's release date was leaked by a retailer ahead of the game's official release date reveal. The details of which can be read here. Additionally, The first alleged benchmarks of Intel's Alder Lake Core i9-12900KF, Core i7-12700KF, and Core i5-12600KF CPUs along with their retail prices have been leaked out by a Persian outlet.