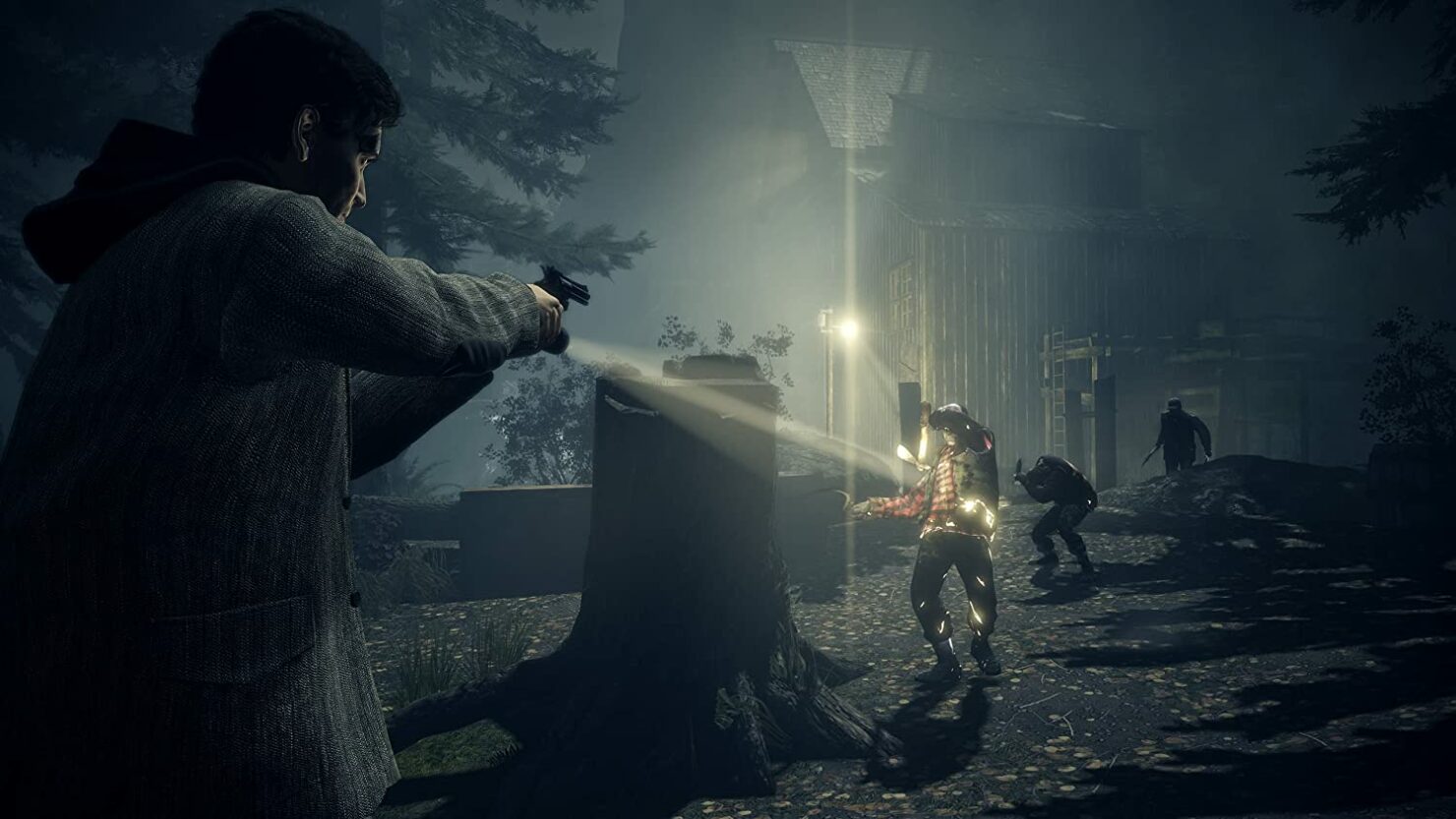 UPDATE: During today's PlayStation showcase, Alan Wake Remastered has been given an October 5 release date alongside a trailer that showcased the game's Ray Traced lighting. You can watch the trailer below:

Wario 64 has found out that Amazon listed the previously confirmed Alan Wake Remastered. The game is apparently being listed at a £24.99 (roughly $35 USD) price tag. The links currently lead to an Amazon listing for PS5, PS4, and Xbox Series X versions. Last-gen versions are reportedly going to include a free current-gen upgrade.

The newly placed Amazon listing also includes several screenshots, which you can check below.

Wario64 also drew a comparison between the screenshot of the game's introduction compared to the Remastered version. You can look at the comparison below.

As mentioned before, Alan Wake Remastered was confirmed by the game series writer Sam Lake in the fan website The Sudden Stop. The Remaster will be released on Xbox, PC (via Epic Games Store), and, for the first time ever, PlayStation. It will also include two expansions, The Signal, and The Writer, but not American Nightmare.

In Alan Wake, players embark on the quest of a troubled thriller novelist named Alan Wake as he tries to uncover the mysterious disappearance of his wife during a vacation set in the quiet town of Bright Falls, Washington. Along the way, Alan finds several pages of a manuscript for a thriller novel that he doesn't remember writing. A novel that, as he finds out, is coming to life in the real world.

The game itself is structured like a TV show, with 6 episodes telling the whole story and 2 special episodes made as DLC (which will be included in the Remaster). The game takes narrative and plot devices normally used in TV stories like this, such as cliffhangers and recap sequences that preface their highlights with "Previously on Alan Wake..."

Alan Wake Remastered is aiming to be released during Fall 2021; another retailer has suggested an October 5 release date. You can read all about it here.