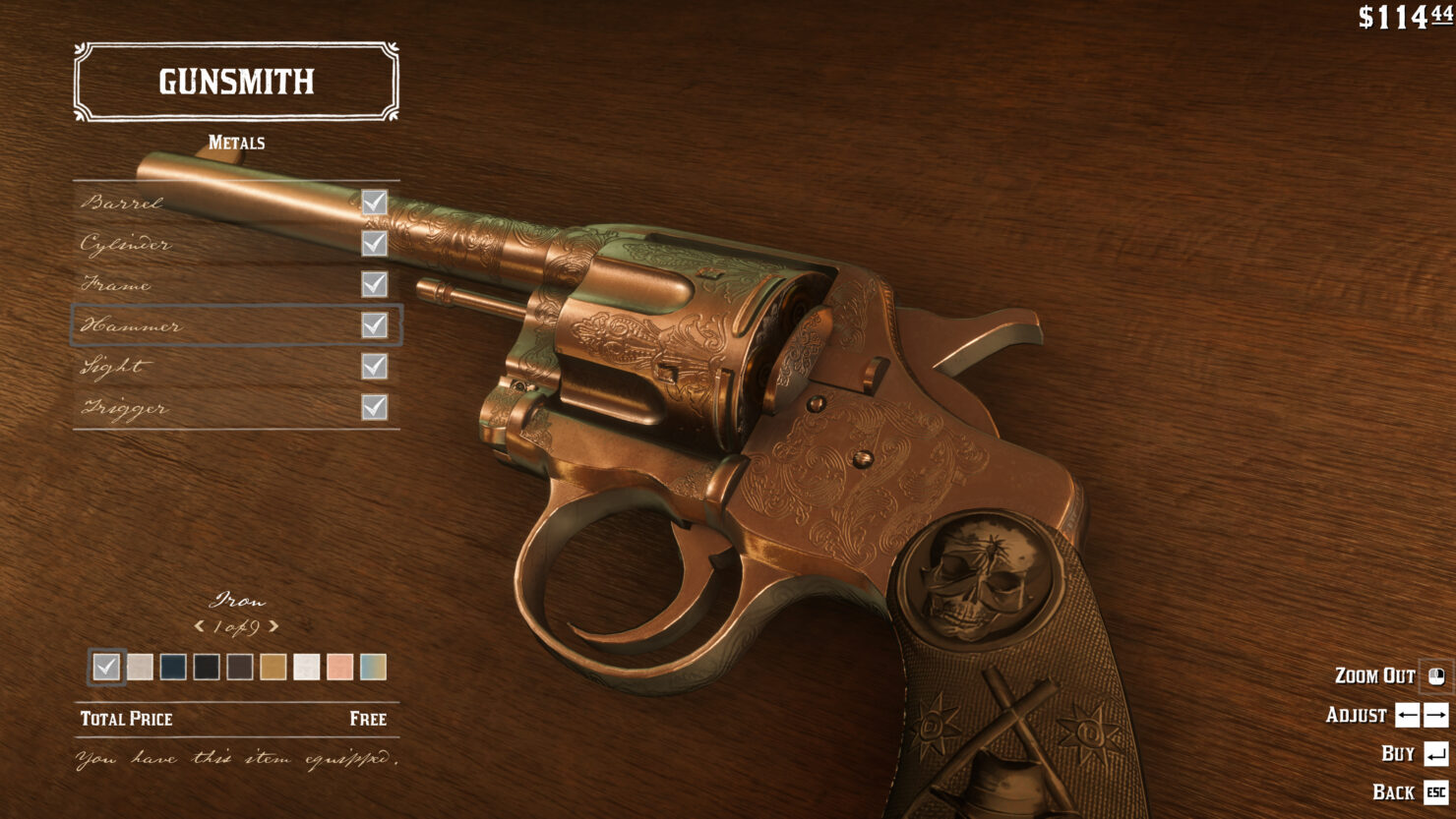 A new Red Dead Redemption 2 AI-enhanced texture pack has been shared online, introducing improved textures for all guns in the base game.

The Weapon Texture Upscale Pack introduces textures that have been upscaled by a factor of 4 or more. Needless to say, the new textures are much better than the vanilla ones, resulting in a much better experience in first-person gunning mode.

The vanilla guns looked a bit harsh especially with those horrible 256x256 handle textures and I gun mostly in first person so I notice it too much! Textures and stylings have been upscaled by a factor of 4 or more using various algorithms. Some of the surfaces have suffered some detail loss so it's a matter of taste if you prefer these ones over the vanilla. I am working on a fix but it remains to be seen.

DLC guns, melee weapons, and throwables are planned next.

Red Dead Redemption 2 is now available on PC, PlayStation 4, and Xbox One worldwide. Learn more about the open-world game developed by Rockstar Games by checking out Alessio's review of the Xbox One X version.