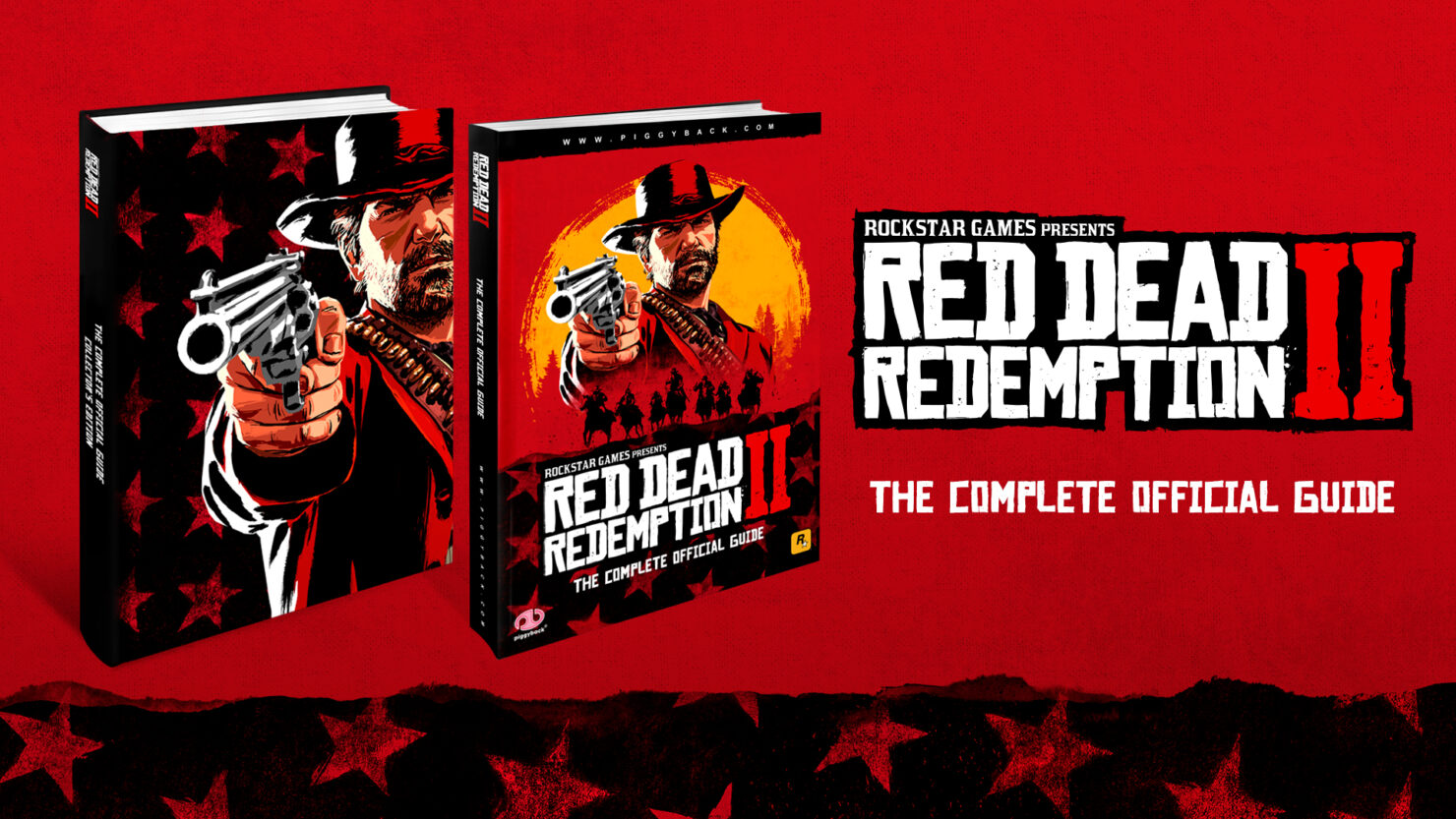 The essential companion to the furthest corners of the deepest and most detailed Rockstar world yet, the Red Dead Redemption 2 Complete Official Guide is packed with information about every aspect of Rockstar Games’ epic tale of outlaw life in America's unforgiving heartland.

Published by Piggyback and available for pre-order now via the Rockstar Warehouse and other retailers, the Red Dead Redemption 2 Complete Official Guide is presented in two distinct variations:

Standard Edition
Packed with essential information about every mission, character and feature of this vast and detailed world, the Standard Edition includes an at-a-glance walkthrough, dedicated maps chapter, comprehensive reference sections, and an all-encompassing index.

Both editions of the Red Dead Redemption 2 Complete Official Guide will be available at game launch on October 26.

Red Dead Redemption 2 is scheduled to release on October 26th for PlayStation 4 and Xbox One (there have been rumors about a PC version, but nothing more yet). Given the proximity of the launch, we expect Rockstar Games to reveal a lot more information on the game's mechanics and features in the next couple months; stay tuned for all the latest updates.