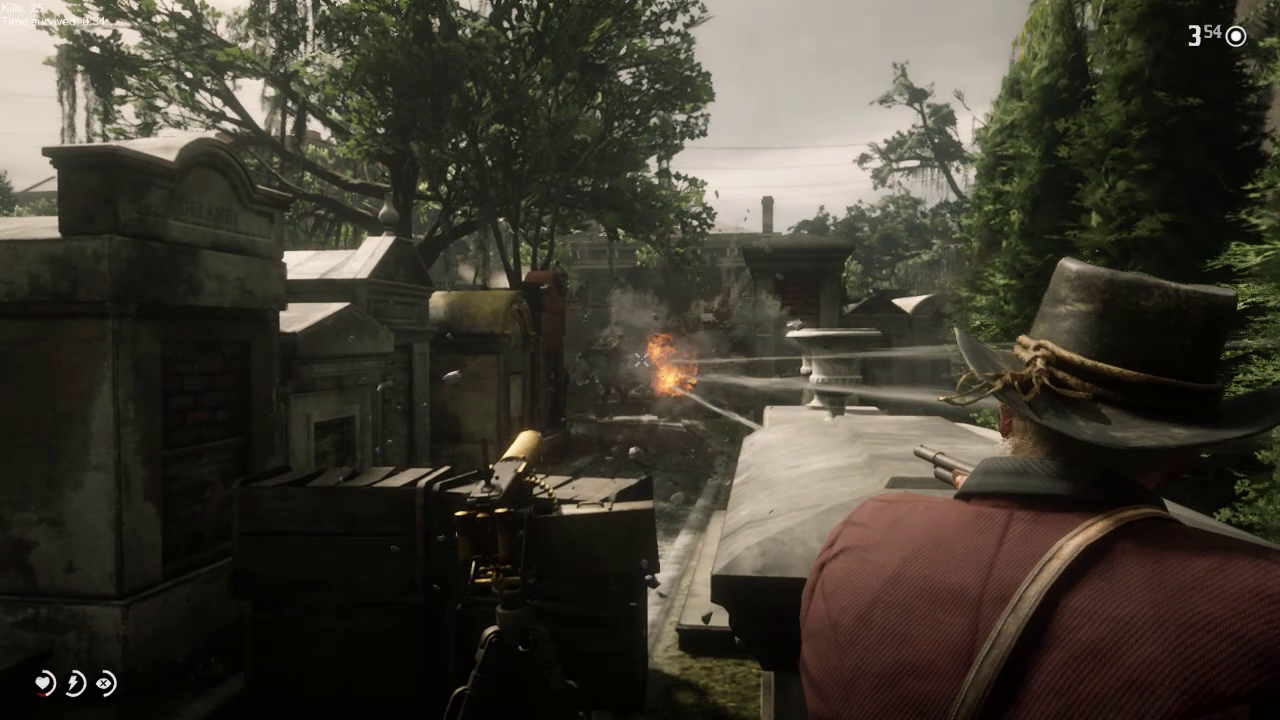 A new Red Dead Redemption 2 mod has been released today, introducing a very fun play mode to the game that will put players' shooting skills to the test.

The TheyKeepComing mod introduces a sort of horde mode to the game. Players will have to fight enemy after enemy in the Saint Denis Cemetery, and only death will bring an end to a game.

This mod will wrap you to the Saint Denis cemetery and spawn a set amount of peds and make them fight you. Once an enemy is killed,
a new enemy is spawned so that the number of enemies going after you is constant. You can customize the number of enemies present at once
in the configuration file. The only way out is by dying. Once you die you will be presented with time of your attempt and number of enemies
you killed. This information will also be stored in TheyKeepComing.log. Share your highest time survived with some impressive kill count!

USAGE (default keybinds)
Press F3 and you will be teleported the Saint Denis cemetery. If you are already there, pressing it will start the attack.
The attack will come from the west gate.
Before you start an attack you can prepare yourself by spawning explosives, objects and mounted weapons using Spawner Menu.
Spawner Menu is activated by pressing X. Pressing X multiple times will cycle through menus. To select an item from the menu
press 1 - 9. You will be put into placing mode. While in placing mode you can move around to find a good spot for the item.
You can press Q to rotate the object clockwise (counter clockwise while holding SHIFT). To confirm the plcacement press E.
Selecting "> DEL LAST SPAWNED" in Explosives menu will remove last spawned object.
To remove all spawned objects you will need to reload save game.

More information on the mod can be found on Nexus Mods.

Red Dead Redemption 2 is now available on PC, PlayStation 4 and Xbox One.