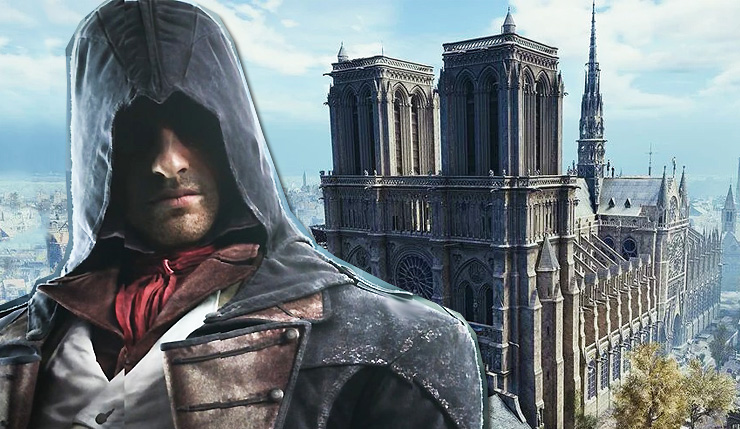 This Monday people around the world watched in dismay and disbelief as Paris’ iconic Notre Dame Cathedral burned. While firefighters managed to douse the flames eventually, saving much of the stone structure, the cathedral’s iconic spire and much of its interior was destroyed. Over a billion dollars has already been committed to restoring the UNESCO World Heritage Site, and Paris-based publisher Ubisoft is doing their part to help out.

Ubisoft will be donating €500,000 (or around $564,775) to restoring Notre Dame’s former glory. Not a huge percentage of the total amount raised, but a nice gesture all the same. Ubisoft had this to say about the situation…

“We stand in solidarité with our fellow Parisians and everyone around the world moved by the devastation the fire caused. Notre Dame is an integral part of Paris, a city to which we are deeply connected. Seeing the monument in peril like this affected us all. In light of Monday’s events, we will be donating €500,000 to help with the restoration and reconstruction of the Cathedral.”

Interestingly, Ubisoft may well contribute to the restoration of Notre Dame in a more crucial way than just money – the version of the cathedral present in Assassin’s Creed Unity is one of the most detailed recreations of a real-world building ever made. The speculation is it may be used as a tool in the rebuilding process, although hopefully they don’t study Ubisoft’s game too closely. They don’t really need to surround the cathedral with piles of hay for people to jump into.

Speaking of Assassin’s Creed Unity, you can pick up the PC version of the game for free through your Uplay account until April 25. Unity isn’t the best AC game ever, but, again, it does feature a very impressive recreation of Notre Dame that may be the only way to tour the building for some time to come.