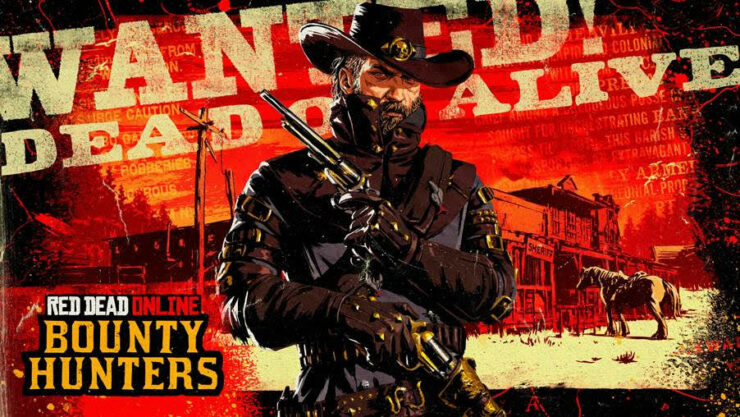 Red Dead Online's Prestigious Bounty Hunter License is now available for players, which adds 10 new ranks of progression to the 20 already available for the Bounty Hunter role. That means there are additional high-level items and skills to acquire, but it will set you back 15 Gold Bars as well.

The new Outlaw Pass, which is now available, will cost 40 Gold Bars, and will come with 100 ranks to level through. Finishing it will new you 30 Gold Bars as well as cold weather-appropriate clothing like the Washwood Fur Coat, the Movement outfit, a new satchel, and skill pamphlets. Your horses get in on the action as well, getting new manes and tails. There are a few other goodies to snap up as well.

This new Outlaw Pass is available until March 15, 2021, but whatever rewards you get during your time leveling with the pass will extend beyond that point. You'll get to tackle regular bounties, one of which includes this week's target: Gene "Beau" Finely, who has a penchant for telling tales even as yo bring him to justice.

All of these updates come alongside Red Dead Online's standalone debut across Steam, the Epic Games Store, and the official Rockstar Games launcher. It's $4.99 for a limited time, and then on February 15, 2021, it's set to go back up in price. So if you're thinking about picking it up, you might want to go ahead and grab it before it's more expensive. If you're interested in playing the story mode at some point, you'll have to pony up some extra cash for that at a later date.

For everyone else who's already bought in, it's time to get your bounty hunting on. There should be no shortage of that, especially with all the goodies brought in the recent update. If you've been looking for a reason to come back to the game, consider this a great one.