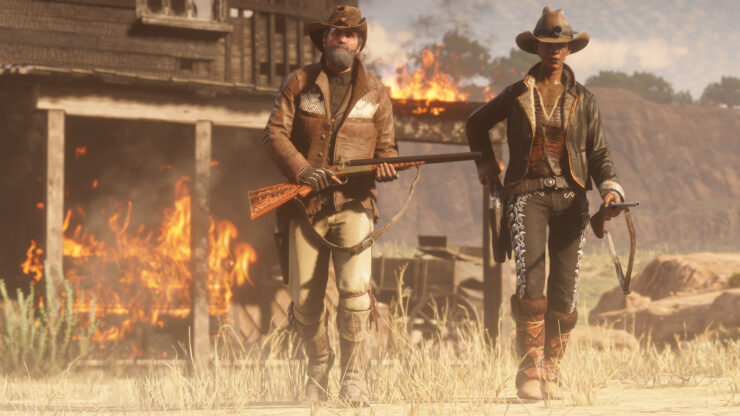 Last week, Rockstar Games confirmed that a new update was going to hit the Red Dead Online beta soon, and today the update has gone live on both PlayStation 4 and Xbox One.

Alongside the new content that has been previously detailed, the update also introduces updated player and radar visibility, easier parley and feuds and the enhanced law and bounty system.

Updated Player Radar and Visibility: We’ve reduced the visibility of players blips over longer distances, so now your location won’t display to other players unless you are nearby – minimizing the likelihood of being targeted across the map by more aggressive competitors. This includes limiting voice chat to near proximity rather than players from across the map. Overly aggressive players will be highlighted from the map with a progressively darkening dot. If your style of play becomes more hostile, your map position (including your Posse members) will become darker and visible from further away.

Easier Parley and Feuds: Turn quarrels with other players into timed mini-deathmatches with easier to trigger Feuds, which can be initiated against a rival and their Posse after one kill. Alternately, instigate a temporary truce quicker after one kill with similar updates to the Parley system.

Enhanced Law and Bounty System: If you stir up enough trouble to earn a high bounty, you’ll increase the chance that a cadre of NPC Bounty Hunters will be out to get you. The higher the bounty gets, the more persistent your pursuers will become… so watch out!

Red Dead Online is now available as the Red Dead Redemption 2 online multiplayer mode on PlayStation 4 and Xbox One.