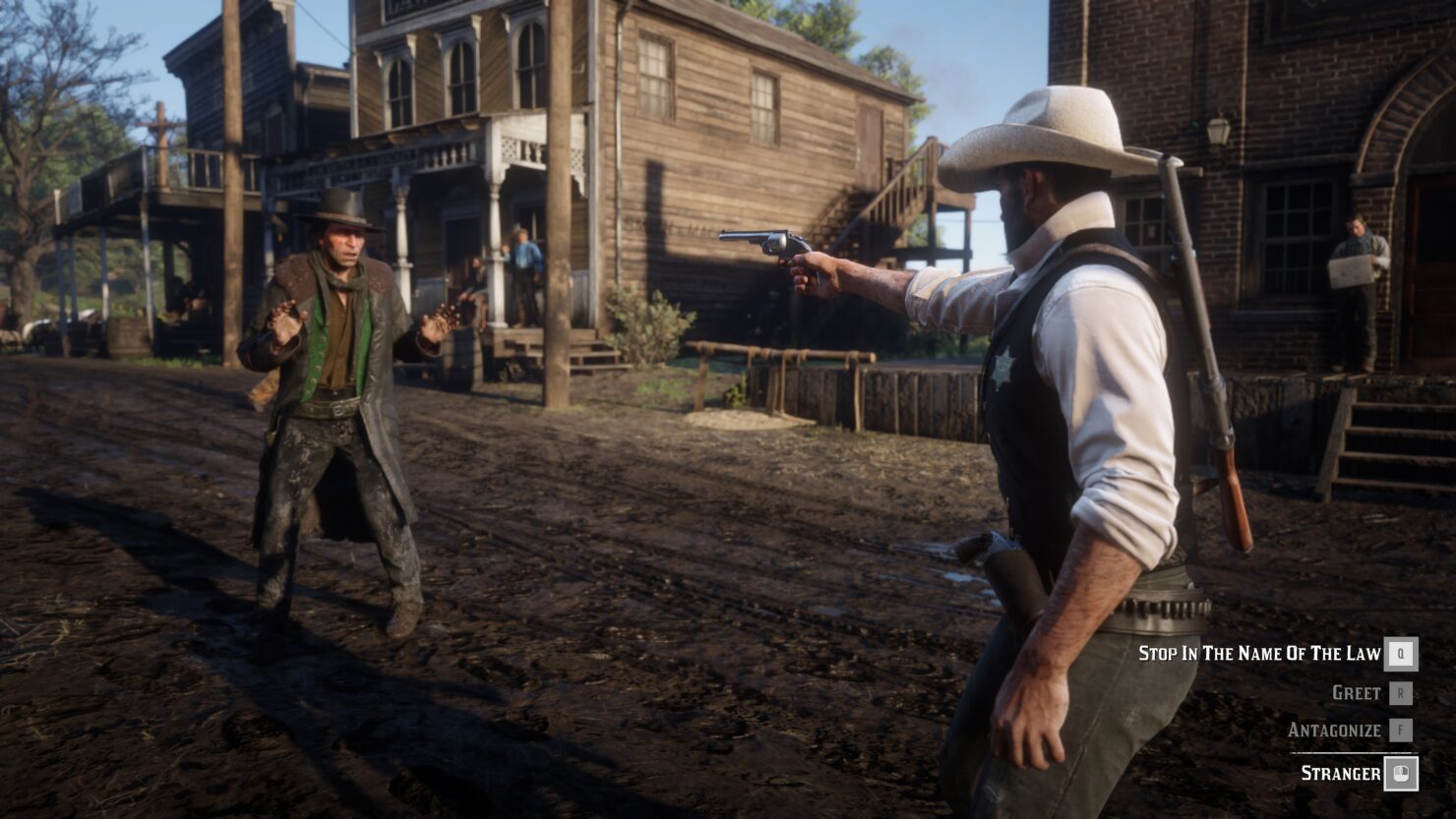 Ever wanted to be an officer of the Law in one of Rockstar's games? Well, you'll be able to do it thanks to RDRFR, an upcoming mod for Red Dead Redemption 2 on PC.

From the makers of the LCPDFR (GTA IV) and LSPDFR (GTA V) mods, RDRFR promises to go even deeper than the Grand Theft Auto counterparts, mainly thanks to the brand new interaction system with NPCs added by Rockstar in RDR2.

Putting the player in the shoes of a lawman, RDRFR will bring a whole new dimension to Red Dead. Not only will you be able to walk the streets and roam the plains with the full authority of the law on your side, but we're creating something that's quite different too. Indeed, perhaps the truest strength of RDR 2 is that it is different - it's not just GTA in the west - there's more to it than that. It's a vast open world, it has a level of detail in the characters, the setting, the environment that's unmatched by any other open world, free form game. With RDR we have the opportunity to create an experience that's far more intimate and refined than any previous mod, with a greater focus on interaction and investigation as opposed to LA style car chases.

Our focus at the moment is to finish developing an initial version of RDRFR as quickly as we can.  There's no doubt that we've come a long way since RDR 2 was first released on PC, but there's so much that's still unknown about how the game works, and what we can mod into it.  With this in mind, instead of sitting on it for a couple of months as we try to get stuff 'perfect', we instead want to have the ball rolling within the space of some weeks, and let the mod grow and evolve naturally as we see how people play it, and what sort of things should be added and focused on.

Seeing Rockstar's latest open world epic from the eyes of the law is really fun. Being a lawman at the turn of the 20th century doesn't seem as cut and dry as being a police officer in a modern metropolis, and we're hopeful that this offers a ton of potential for what a police mod for this game can become.

The mod group accepts donations on Patreon, in case you want to support them. As for RDRFR, we'll be sure to keep you updated on its development progress as it nears release.