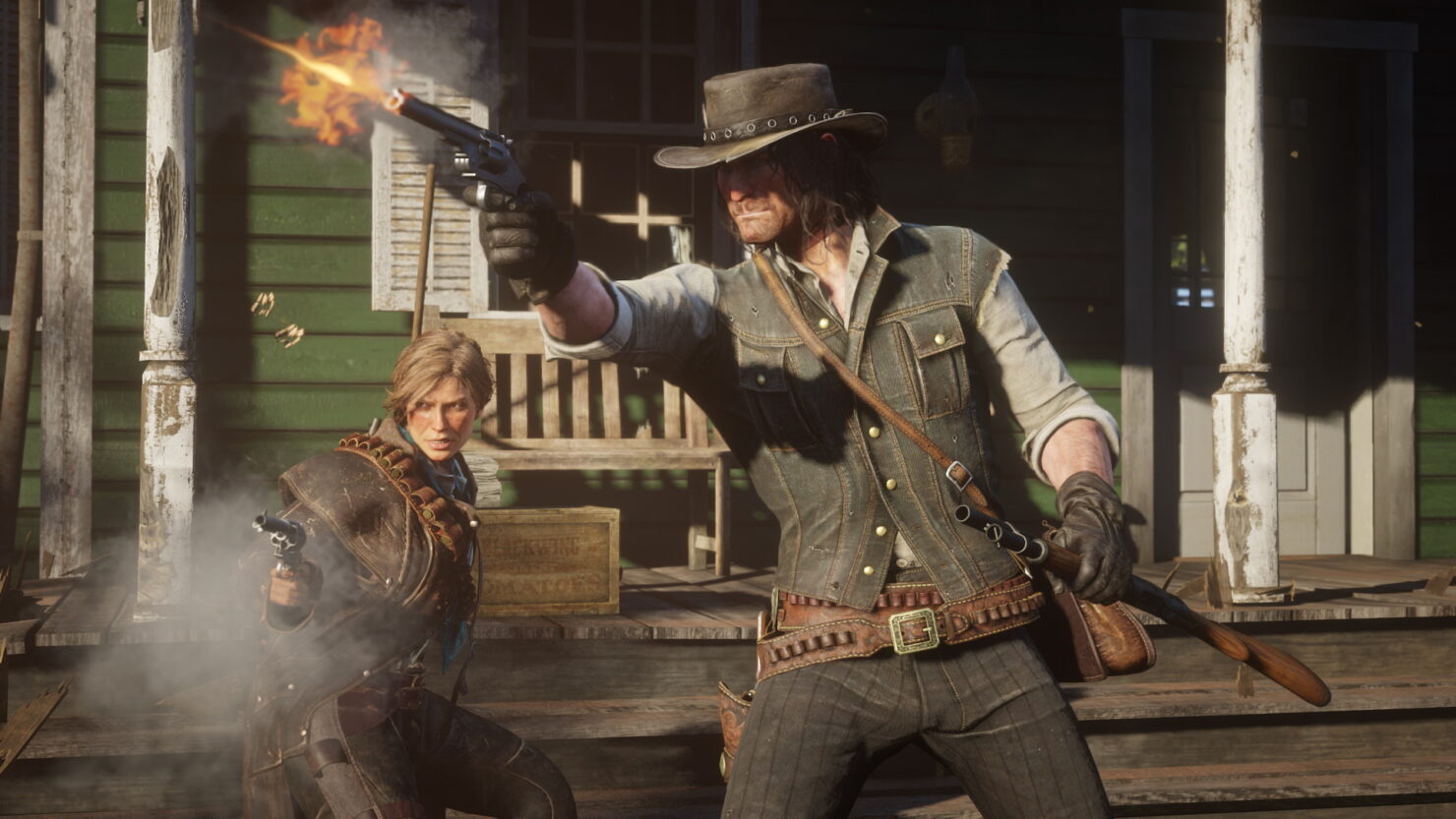 The reveal of Red Dead Redemption 2 has been unusual, to say the least, as only a few select publications (one per country, more or less) had the chance to see the game in action and talk to the developers. On the upside, due to this, we've received a steady stream of RDR2 information over the past week or so.

The latest juicy tidbits were shared in an interview published by Spanish website HobbyConsolas with Rockstar's Rob Nelson.

To begin with, the developer talked about the system which triggers slow-motion deaths in the game. It certainly sounds like there'll be plenty of opportunities to take great, cinematic pictures.

They are dynamic, they appear in a mission or during a fight, but also during the phases in the open world, if you get into trouble with the law or with another band you can wait for them to appear dynamically. They are dynamic and procedural and they are intelligent and they frame the action based on what you do. You can get very spectacular sequences in ample places where the camera has room to make a broad approach. Everything is because of the consistency of the experience, whether you are on a mission or not. You still feel that you are playing the game, with the same character and seeing the same things: it is the same visual and mechanical language.

Rob Nelson also talked about going deeper with the weapon mechanics in this second installment - so deep, in fact, that they eventually had to take a step back.

As much as we could. Deeper than we should, and then we had to take a step back. For weapons we apply the same policy as for the rest of RDR2: try to make you feel connected, feel like you are there and make each weapon look different and realistic. So we included the recharge of each cartridge, and if the repetition carbines had an element that comes out of the stock and are slow in the recharge, we also included it ... and then you get nervous with the people who have implemented those mechanics because They are too slow

So balancing realism and fun is always our challenge. You want to have a difference between these weapons so that you feel that you like one more or the other. And if you squeeze the trigger in the middle of the reload we allow you to shoot twice and reload, so you can continue. If you wait, in a revolver, you can empty the six shots at once. It's about that kind of thing. We have gone as deep as we could.

RDR2 is set to launch on October 26th for PlayStation 4 and Xbox One. So far Rockstar has shown footage and screenshots based on the original PlayStation 4 version, meaning that the PlayStation 4 Pro and Xbox One X should be able to blow us away even more in the graphics department.