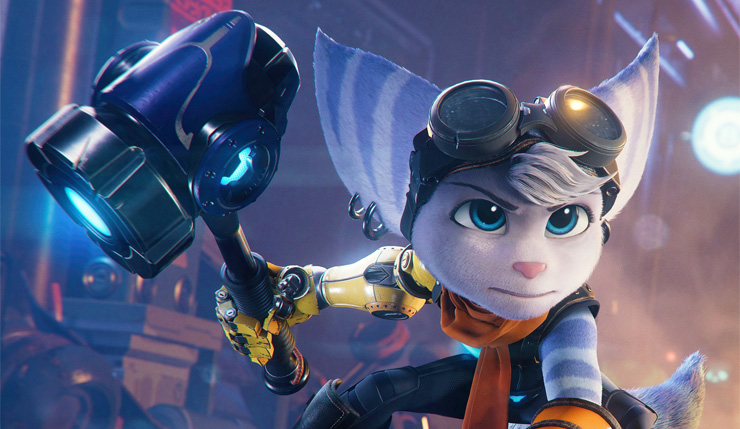 Last week during Sony’s big PS5 reveal event, Insomniac Games unveiled the all-new Ratchet & Clank: Rift Apart. While the game’s super-detailed ray-traced visuals were impressive, a lot of fans were most excited about the appearance of a new female Lombax character, who the Internet quickly nicknamed “Ratchette.” Who is this mysterious lady, and what role will she play in the game? Well, according to recent tweet from Insomniac Games, she will in fact be fully playable.

Play as Ratchet AND a mysterious new female Lombax from another dimension. #RatchetPS5 #RiftApart pic.twitter.com/aMDSAB77iG

If this new Lombax is playable, that raises an obvious follow up question – will she also have her own version of Clank? A Clankette perhaps? I suppose we’ll have to wait and see! Hopefully the addition of a new playable character and the interdimensional gimmick gives Rift Apart’s story some new spark as the ongoing R&C storyline has kind of drifted into incoherence over the years.

Unfortunately, aside from confirming the new playable character, Insomniac hasn’t revealed many details about Ratchet & Clank: Rift Apart. The game doesn’t even have an official website of PlayStation Store page yet. We do know it’s an all-new, full-length PlayStation 5 exclusive and that you’ll be able to leap around levels, and even from planet to planet, using interdimensional rifts, which sounds like a great way to show off the PS5’s cutting edge solid-state drive. The game will also make extensive use of the new DualSense controller’s haptic feedback and adaptive triggers.

Ratchet & Clank: Rift Apart does not have a PS5 release date yet. I imagine it will arrive near the launch of the PS5, but that’s definitely not confirmed at the moment. What do you think? Excited for Rift Apart, or would you prefer Insomniac focus on other things?