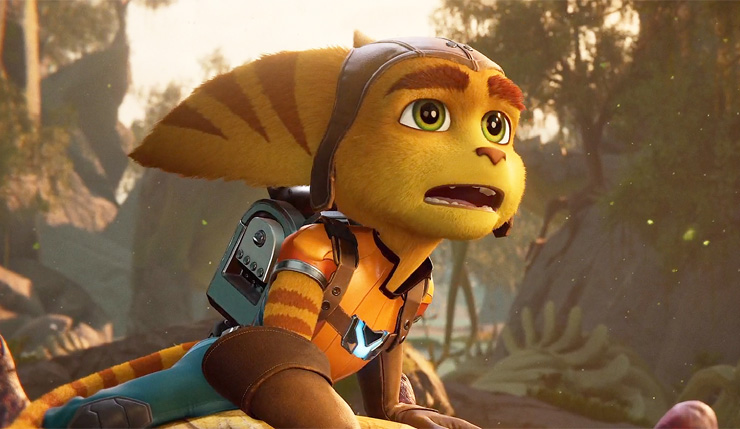 Ever since they were purchased by Sony, fans have been wondering what we might see next from the talented folks at Insomniac Games, and at Sony’s big “The Future of Gaming” PS5 reveal event, we got a double-dose of reveals! Contrary to rumors, a new web-slinging game, Marvel’s Spider-Man: Miles Morales, is coming this Holiday season, and Insomniac is also working on Ratchet & Clank: Rift Apart. You can check out the first trailer for the new game, below.

We don’t have a lot of details on Ratchet & Clank: Rift Apart just yet, but according to Insomniac, it’s an all-new, full-length PlayStation 5 exclusive. The game will let you leap around levels, and even from planet to planet, using interdimensional rifts, which sounds like a great way to show off the PS5’s cutting edge solid-state drive. Imagine, being able to jump from level to level without any load times at all! Insomniac also promises they’re making use of a variety of new visual techniques, including ray tracing.

In terms of story, we aren’t given much, but it seems various dimensions are collapsing in on each other. We also get a glimpse of what appears to be a new female Lombax at the end of trailer. A new rival or possible love interest for Ratchet? In terms of level design, it looks like we’re kind of getting a “greatest hits” collection from past games.

Ratchet & Clank: Rift Apart is coming to the PS5. Sadly, a release date has yet to be confirmed. What do you think? Excited for a new R&C? Rift Apart doesn’t look that much different than the last PS4 entry in the series, but I am eager to see what they do with the portal gimmick.