To celebrate its fourth birthday, Raspberry Pi 3 is now on sale for the same price as its predecessor was at launch, but there are some features that you would definitely want to hear about this latest product. 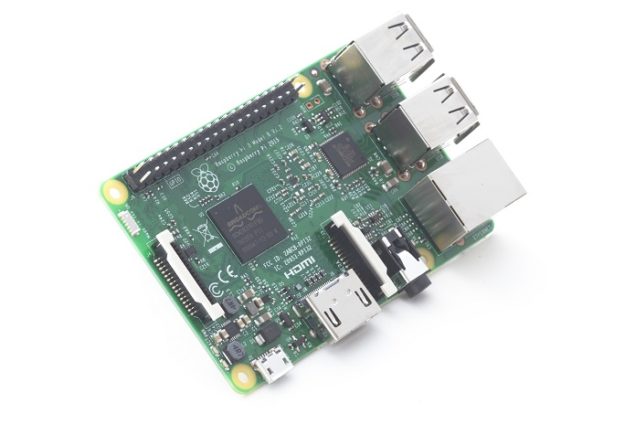 Raspberry Pi 3 carries a price of just $35, which is the same as the price of its predecessor Raspberry Pi 2 when it was officially announced. However, there are several differences between this and Raspberry Pi 2 as you will see shortly. According to the makers of Raspberry Pi 3, this particular unit is also incorporated with an 802.11n Wi-Fi adapter and a high-speed Bluetooth 4.1 module, giving you the much needed flexibility, which was evidently void in the previous generation products.

To break it down, Raspberry Pi 3 features the following and what is even more exciting is that it costs less than $40:

One of the biggest changes in Raspberry Pi 3 comes from Broadcom, which has supported the logic board with a new SoC called BCM2837. This chipset retains the same basic architecture as its predecessors BCM2835 and BCM2836. The added benefit in this is that all those projects and tutorials which rely on the precise details of the Raspberry Pi hardware will continue to work, meaning that you will not be required to alter any steps in order to complete that specific tutorial.

The 900MHz ARM Cortex-A7 CPU, which was based on the 32 bit architecture, has been replaced with a much faster 1.2GHz 64-bit quad-core ARM Cortex-A53. In addition to possessing a 33 percent increase in clock speed with various architectural enhancements, the processor is able to deliver between 50-60 percent increase in performance in 32 bit mode versus Raspberry Pi 2. As for availability, the following has been stated concerning the product:

“Raspberry Pi 3 is available to buy today from our partners element14 and RS Components, and other resellers. You’ll need a recent NOOBS or Raspbian image from our downloads page. At launch, we are using the same 32-bit Raspbian userland that we use on other Raspberry Pi devices; over the next few months we will investigate whether there is value in moving to 64-bit mode.”

There is even a video provided below so tell us what you think about Raspberry Pi 3 and its terrific price tag.